Trump just wants to save the birds, you guys 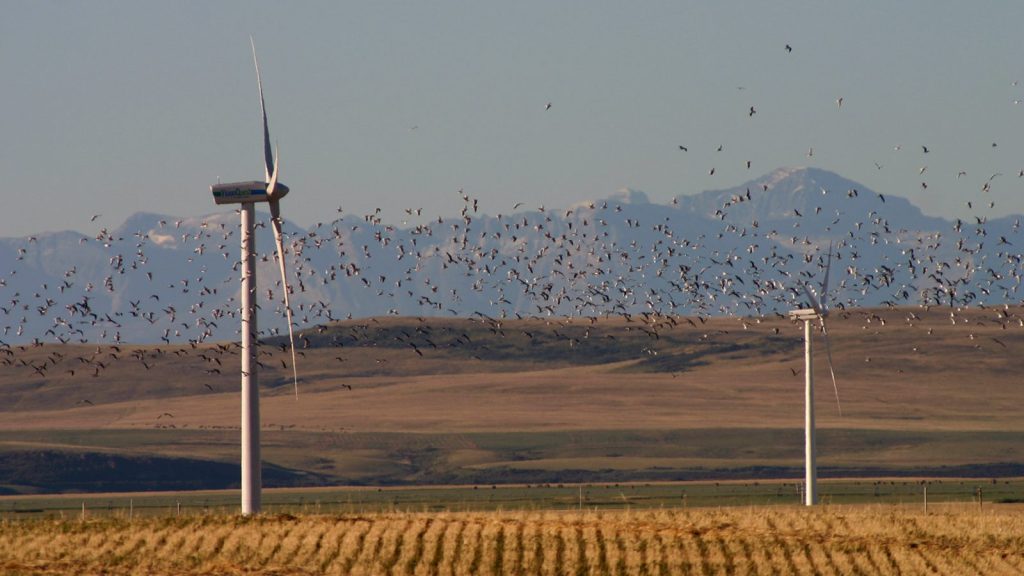 Trump just wants to save the birds, you guys

Donald J. Trump is for the birds.

Speaking to oil and gas interests in Bismarck, N.D., on Thursday, the presumptive Republican nominee made clear his thoughts on two energy-policy cornerstones: renewable energy and our feathered friends.

Trump insisted “wind is killing all of the eagles” and expressed disdain with the Department of Justice, which “filed a lawsuit against seven North Dakota oil companies for the death of 28 birds, while the administration fast-tracked wind projects that kill more than a million birds a year.”

“Far more than a million birds,” he clarified.

DOJ did file these charges in 2011. It has also targeted wind developers under the same legislation, the Migratory Bird Treaty Act.

As for the million-bird figure, the Fish and Wildlife Service estimates the number is likely closer to 500,000. Which is a lot of birds — but for reference, oil and gas kill around the same amount, and the coal industry snuffs out close to 8 million birds annually.

The real estate developer has never been the biggest fan of wind farms:

Not only are wind farms disgusting looking, but even worse they are bad for people's health http://t.co/2G8YrOUZ (cont) http://t.co/NujHgnXU

Except when he’s talking to clean-energy advocates: “It’s an amazing thing when you think — you know, where they can, out of nowhere, out of the wind, they make energy,” he mused to an Iowa voter late last year.

The same line-straddling appeared in Trump’s remarks on solar.

“The problem with solar is it’s very expensive,” he said a month after the world reached several tipping points for competitive renewable energy.

“I know a lot about solar,” he said in a press conference earlier on Thursday. We’re still waiting to find out what he meant.

Update: This story was originally published without any GIFs of eagles flapping all over Mr. Trump. Grist sincerely regrets the error.

(Credit to Time for these indispensable GIFs. A hat tip to Tim Kovach.)