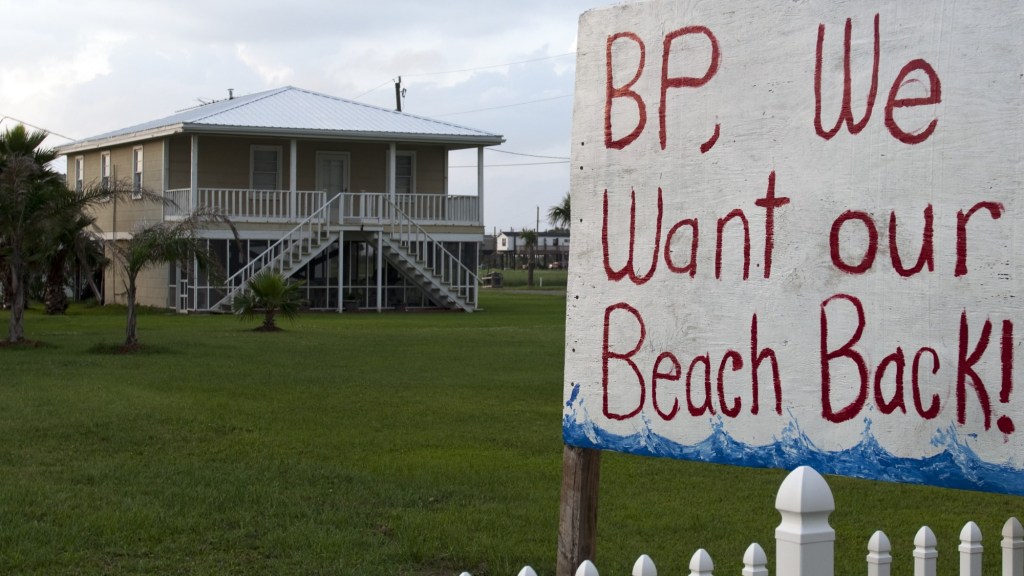 BP this week metaphorically hung a “mission accomplished” banner over the Gulf of Mexico ecosystems that it wrecked when the Deepwater Horizon oil well blew up and spewed 200 million gallons of oil in 2010. Funny thing, though: BP isn’t the commander of the cleanup operation. The Coast Guard is. And it’s calling bullshit.

Here’s what BP said in a press statement on Tuesday, nearly four years after the blowout: “The U.S. Coast Guard today ended patrols and operations on the final three shoreline miles in Louisiana, bringing to a close the extensive four-year active cleanup of the Gulf Coast following the Deepwater Horizon accident. These operations ended in Florida, Alabama and Mississippi in June 2013.”

Helpful though it may have seemed for BP to speak on behalf of the federal government, the Coast Guard took some umbrage. From The Washington Post:

Coast Guard Capt. Thomas Sparks, the federal on-scene coordinator of the Deepwater Horizon response, sought to stress that the switch to what he called a “middle response” process “does not end cleanup operations.”

“Our response posture has evolved to target re-oiling events on coastline segments that were previously cleaned,” said Sparks. “But let me be absolutely clear: This response is not over — not by a long shot.”

The Gulf Restoration Network tried to explain the semantics behind BP’s deceptive statement. “When oil washes up on shore, BP is no longer automatically obliged to go out there and clean up the mess,” spokesperson Raleigh Hoke said. “Now the onus is on the public, and state and federal governments to find the oil and then call BP in.”

We get why BP would wish that the cleanup were over. The efforts have already cost $14 billion — a fraction of the $42 billion that the company expects to pay out in fines, compensation claims, and other costs related to the Deepwater Horizon disaster. It’s a nightmare that we all wish were over — but wishes and rhetoric do not remove poisons from an ecosystem.