California's trees are thirstier than a college kid with a hangover 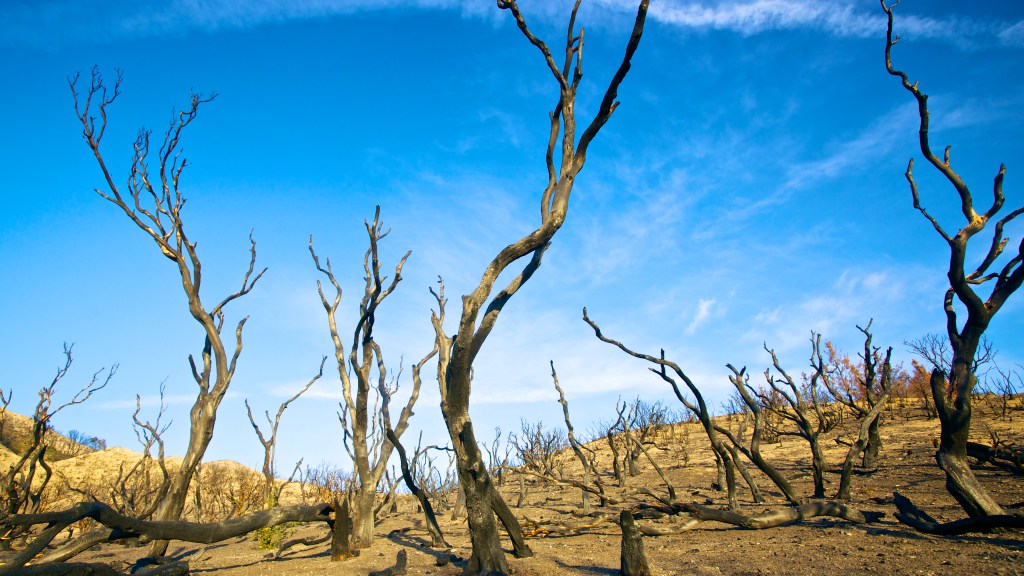 California won’t be throwing much shade this summer. It would need trees to do that. Last year, almost 30 million trees died in the Golden State — and that number is expected to double or triple by the end of 2016. The high mortality rates come at a time when the state needs healthy forests most, with climate change looming always and a La Niña — El Niño’s dry hermana — on the way.

The likely outcome? California’s landscape will radically transform, starting with a surge of wildfires that will trigger mudslides, diminished water quality, and the rise of new vegetation.

None of this should be surprising, considering the stress California’s forests have been under. The Golden State is facing its fifth year of severe drought — one of its driest periods in the last century. “Tree mortality will continue until drought conditions subside,” says John Heil, press officer at the U.S. Forest Service. That has left millions of trees thirstier than a college kid with a hangover.

Thirsty trees don’t just up and die. They become weak and vulnerable to parasites. That’s because trees use water to produce resin, which flows up and down a layer of growing cells just inside their bark, shuttling nutrients from a tree’s roots to its branches. (Sort of like tree blood.) No resin, no sustenance. Resin also acts like pus when a tree is attacked, using its oozing powers to boot out invaders.

Namely, bark beetles. Which bore holes into trees without enough defensive resin. And once they’re in, the little pests reproduce. They also introduce fungi to the trees’ interior, which causes rot. Gangs of these beetles have been known to wipe out more trees than wildfire. In recent years, they’ve taken a particularly big chunk out of the Sierra Nevada’s beloved Stanislaus, Sierra, and Sequoia national forests.

But wait, there’s more. The aptly-named sudden oak death has induced just as much tree mortality as the bark beetle over the past two decades. This fast-moving epidemic started with oaks and tanoaks on California’s central and northern coast. “We’re fixated on the rapid, invisible drought effects in the Sierras, but it’s estimated that 90 million trees have died from sudden oak death since around 2000,” says University of California forest advisor Yana Valachovic. Infected oaks try to “bleed out” the offending pathogens by opening up cankers (“Tanoak’s resin actually looks like blood too,” Valachovic adds), but by that point, it’s too late: Sudden oak death has clogged up their water and nutrient vessels. No more flow, no more living tree.

Even worse? Rain allows sudden oak death to spread faster. Thanks, El Niño. Oh well. As Cal Fire chief Daniel Berlant points out: “No amount of rain is going to bring those dead trees back.”

All this considered, it’s no surprise that some scientists estimate 20 times more trees than normal will die off within the year. And, as most Californians know, more dead trees means more wildfire.

“Historically, these landscapes were tended to and sculpted by wildfire, so when we do finally get an ignition it makes the effect more extreme,” says Valachovic. What you see as a forest, a fire sees as fuel. Healthy forests are built to withstand low-intensity fires, but dead, dried-out forests offer the kindling high-intensity fires need to keep burning. Living stands nearby won’t stand much of a chance either, since years of built-up brush allows adjacent flames to climb up trunks and into tree canopies where they can really wreak havoc.

This tinderbox of undergrowth is a souvenir from decades of aggressive fire suppression in California and will probably lead to Rim Fire-magnitude burns — or worse, considering all the extra millions of dead trees. “We’ve already responded to well over 1,800 wildfires covering 30,000 acres this year,” says Berlant. “It’s going to burn through like a freight train this summer.”

As more old forests get toasted, plant and wildlife biodiversity will take a huge hit — from the subalpine trees to the spotted owls to the California fishers. Burns will reshape the ecosystem, both aesthetically and biologically, by frying seedbeds and torching habitats. “Pine trees might disappear in some areas and other types of trees might grow,” says Berlant, recalling the post-burn landscape of the San Bernardino Mountains. “Brush and grass will take over forestland, which poses more of a future wildfire risk.” The Sierra Nevada could start to look like a balding middle-aged man.

Valachovic says coastal ecosystems will be shaped by fire in similar ways, since sudden oak death-induced holes in the tree canopy will unveil the sunlight weeds and invasive undergrowth need to thrive. And, of course, that type of brush growth only leads to more fire. “Tanoak is a sprouting species, so in some cases the whole tree dies, and in others it’s only the above ground part,” she says. “You’ll get lots of brush growth in addition to these dead trees falling down, which creates a thick fuel bed for fire.”

And without trees, the land itself will fall apart. “We could see mudslides, soil erosion, and reduced air quality,” says Berlant. “We’ll see water quality issues down the road too.” Here’s what he means: Trees hold soil in place. They also slow down water’s flow. After a big fire hits a burned area, the amount of runoff and erosion can be huge. Big chunks of earth will be rushed into streams, rivers, and lakes, and then into drinking water supplies. Likewise, snowpack will melt a lot quicker without the protective shade of the forest. Considering more than 60 percent of California’s water supply comes from the Sierras, many communities could see diminished water quality in a post-burn landscape.