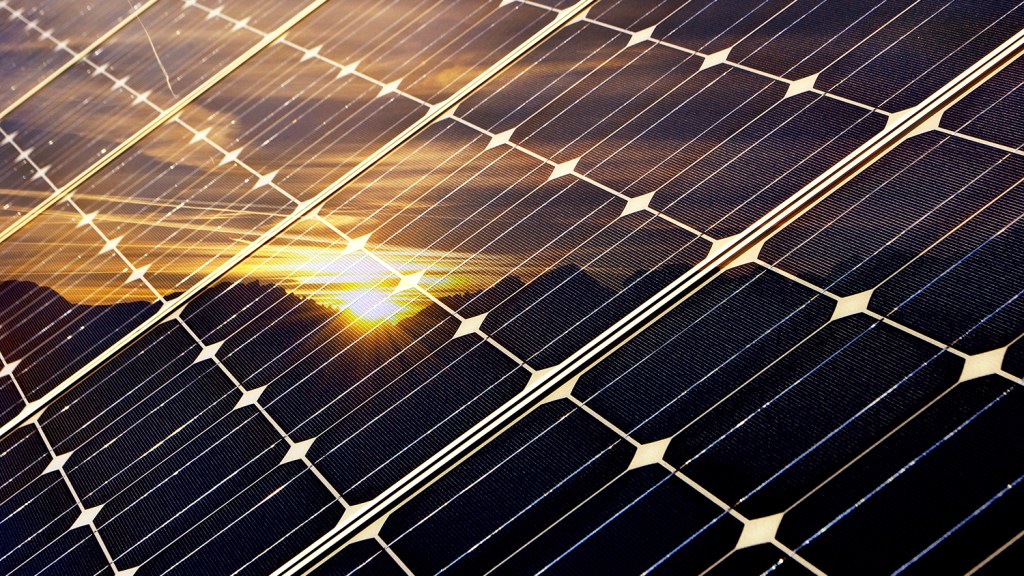 Broken Hill, New South Wales, Australia, birthplace of the world’s largest mining company and home to the world’s largest zinc-lead ore deposit, is perhaps not the most obvious site for a solar farm. But in the face of a declining mining industry, the election of a relatively climate-friendly prime minister, and plenty of sun, that’s starting to change. Bloomberg Business reports on Broken Hill’s new look:

On the sunbaked edge of the Outback city, 700 miles west of Sydney, a solar farm the size of London’s Hyde Park shimmers like an oasis — its panels sending enough electricity to the national grid to power 17,000 homes a year. Combined with a sister plant, the AGL Energy Ltd. and First Solar Inc. project is the largest of its type in the southern hemisphere.

Clean energy advocates are counting on the 140-hectare (346-acre) development to make Broken Hill, which at one time boasted the world’s most successful silver mine, a trailblazer once again.

It’s an impressive chunk of solar — 678,000 panels — and one that’s worthy of praise in its own right, especially given that Australia only gets 2 percent of its electricity from solar power.

But there’s another, closer-to-home reason to pay attention to the expanse of Broken Hill’s solar industry: The city’s move away from waning mineral stores could offer a window into the impending labor-force transitions facing many U.S. coal mining towns. With a Paris Agreement recently inked and a Clean Power Plan on the books, the war on coal — and it is one — is alive and well in the United States. As ailing mining towns, particularly in Appalachia, struggle to fit into a new energy economy, keeping a keen eye on other post-mining transitions could offer valuable case studies.

This isn’t to suggest that Broken Hill’s miners are hopping from zinc mines to the solar industry. Construction of the solar farm employed around 150 people, but its maintenance and operation require only two or three employees.

Like the disjuncture between mountaintop-removal towns in West Virginia and the rest of the region, Broken Hill has a higher proportion of low-income households than the rest of New South Wales (and of Australia as a whole), and the city is certainly in the middle of a transition away from extractive industries. Only two mining companies remain in Broken Hill today, according to Bloomberg. Of course, the geography is vastly different, and it’s important not to conflate zinc, lead, and silver with coal — which is getting squeezed out due to regulatory and legal pressure, not resource exhaustion — but mining has indeed been with Broken Hill since at least the 1880s and is deeply embedded in the local culture.

Culture change is never easy, and in West Virginia, there’s currently no good answer for what life looks like after the coal mines. But when King Coal finally falls, something needs to rise from the ashes. As they struggle to figure out what works and what doesn’t, scrambling policymakers could use all the case studies they can get.