Charles Koch really wants us all to believe he's pro-science 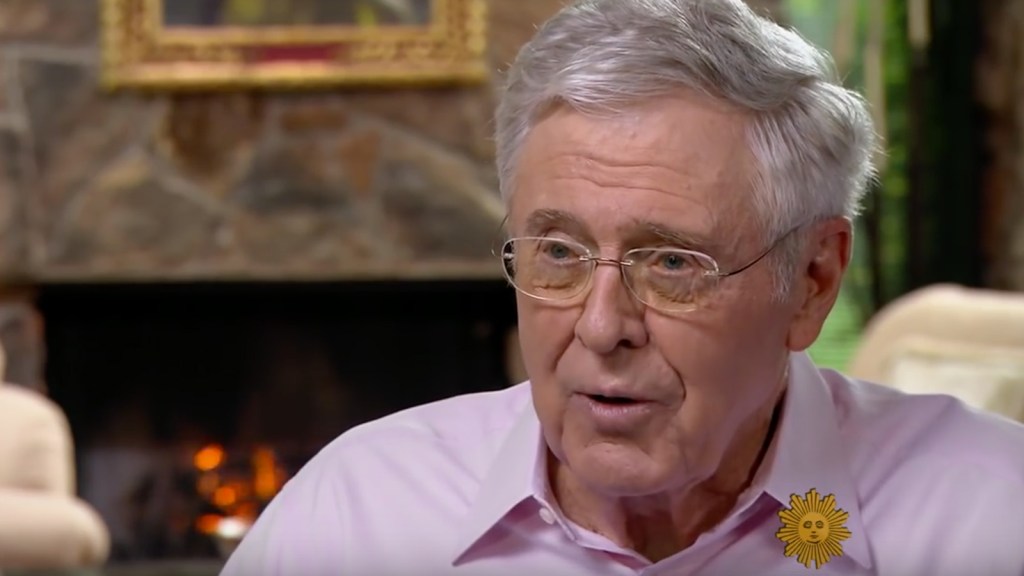 Charles Koch isn’t a climate scientist by any stretch of the imagination, but he sure has a lot to say about it.

During the course of a lengthy interview this week with The Washington Post, Charles Koch touched on his views on climate change science, which have fluctuated quite a bit over the years.

What’s more, the petrochemical billionaire, whose foundations funneled more than $70 million to front groups that oppose climate change action, condemned the “climate lobby” while ignoring the work his massive network has done — one that exists in large part because of his own contributions.

In a conversation with The Post’s Jim Tankersley, Koch responded to the recent confusion about exactly what his stance on climate change is:

Yeah, I say that a lot of what is done by the climate lobby is anti-science. But there is some science behind it. Like, there are greenhouse gases, and they do contribute to warming. But if you look at the last, say, 160 years, the first 80 of that period, they went up four-tenths of a degree. And now, the second 80 that CO2 has gone up, what, 30 percent or something, it’s gone up five-tenths of a degree. And there’s been in the last 30 or 40 years, there’s been no real increase in storms or bad weather. So, let’s use the part that’s real science and then apply the Republic of Science to the rest of it.”

Koch referenced the “Republic of Science” 23 times over the interview, according to the Post. That references a theory, by Michael Polanyi, that market economics should govern science, particularly when it comes to funding academic research.

Funding science is one thing, but Koch steers his funds to elevate select conservative voices who advance confusion and anti-climate policies — ones that just happen to help his bottom line.

The interview is worth a read, if you can stomach it.