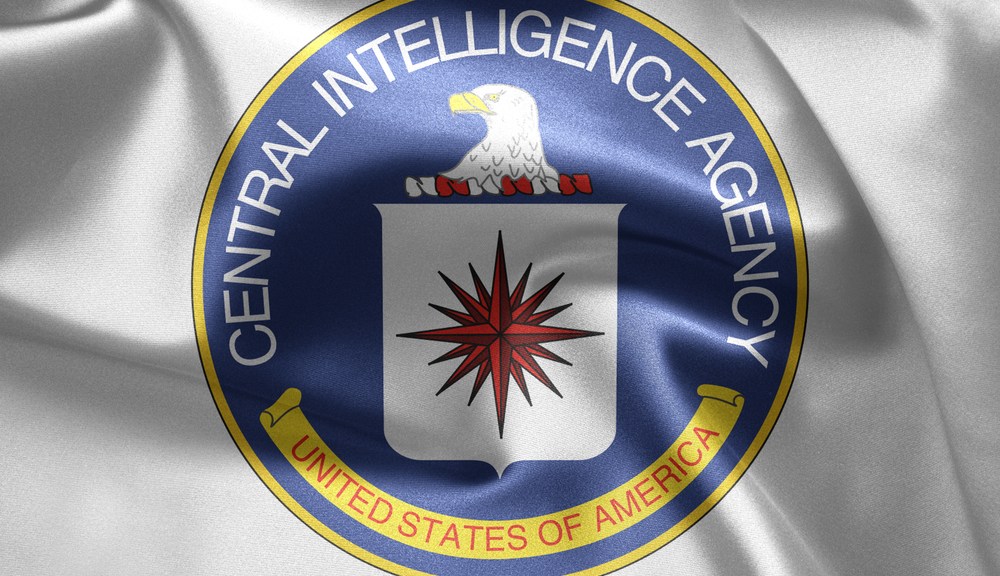 This story story is reproduced here as part of the Climate Desk collaboration.

On Wednesday, when President Barack Obama spoke at the U.S. Coast Guard Academy’s commencement ceremony, he called climate change “an immediate risk to our national security.” In recent months, the Obama administration has repeatedly highlighted the international threats posed by global warming and has emphasized the need for the country’s national security agencies to study and confront the issue.

So some national security experts were surprised to learn that an important component of that effort has been ended. A CIA spokesperson confirmed to Climate Desk that the agency is shuttering its main climate research program. Under the program, known as Medea, the CIA had allowed civilian scientists to access classified data — such as ocean temperature and tidal readings gathered by Navy submarines and topography data collected by spy satellites — in an effort to glean insights about how global warming could create security threats around the world. In theory, the program benefited both sides: Scientists could study environmental data that was much higher-resolution than they would normally have access to, and the CIA received research insights about climate-related threats.

But now, the program has come to a close.

The program was originally launched in 1992 during the George H.W. Bush administration and was later shut down during President George W. Bush’s term. It was relaunched under the Obama administration in 2010, with the aim of providing security clearances to roughly 60 climate scientists. Those scientists were given access to classified information that could be useful for researching global warming and tracking environmental changes that could have national security implications. Data gathered by the military and intelligence agencies is often of much higher quality than what civilian scientists normally work with.

In some cases, that data could then be declassified and published, although Francesco Femia, co-director of the Center for Climate and Security, said it is usually impossible to know whether any particular study includes data from Medea. “You wouldn’t see [Medea] referenced anywhere” in a peer-reviewed paper, he said. But he pointed to the CIA’s annual Worldwide Threat Assessment, which includes multiple references to climate change, as a probable Medea product, where the CIA likely partnered with civilian scientists to analyze classified data.

With the closure of the program, it remains unclear how much of this sort of data will remain off-limits to climate scientists. The CIA did not respond to questions about what is currently being done with the data that would have been available under the program.

Marc Levy, a Columbia University political scientist, said he was surprised to learn that Medea had been shut down. “The climate problems are getting worse in a way that our data systems are not equipped to handle,” said Levy, who was not a participant in the CIA program but has worked closely with the U.S. intelligence community on climate issues since the 1990s. “There’s a growing gap between what we can currently get our hands on, and what we need to respond better. So that’s inconsistent with the idea that Medea has run out of useful things to do.”

The program had some notable successes. During the Clinton administration, Levy said, it gave researchers access to classified data on sea ice measurements taken by submarines, an invaluable resource for scientists studying climate change at the poles. And last fall, NASA released a trove of high-resolution satellite elevation maps that can be used to project the impacts of flooding. But Levy said the Defense Department possesses even higher-quality satellite maps that have not been released.

Still, it’s possible Medea had outlived its useful life, said Rolf Mowatt-Larssen, a 23-year veteran of the CIA who had first-hand knowledge of the program before leaving the agency in 2009. He said he was not surprised to see Medea close down.

“In my judgment, the CIA is not the best lead agency for the issue; the agency’s ‘in-box’ is already overflowing with today’s threats and challenges,” he said via email. “CIA has little strategic planning reserves, relatively speaking, and its overseas presence is heavily action-oriented.”

Over the past several years, climate change has gained prominence among defense experts, many of whom see it as a “threat multiplier” that can exacerbate crises such as infectious disease and terrorism. Medea had been part of a larger network of climate-related initiatives across the national security community. Medea’s closure notwithstanding, that network appears to be growing. Last fall, Obama issued an executive order calling on federal agencies to collaborate on developing and sharing climate data and making it accessible to the public.

But the CIA’s work on climate change has drawn heavy fire from a group of congressional Republicans led by Sen. John Barrasso (Wyo.). Barrasso said last year that he believes that “the climate is constantly changing” and that “the role human activity plays is not known.” He recently authored an op-ed for the Wall Street Journal in which he listed the conflicts in Iraq, Syria, and elsewhere as “greater challenges” than climate change. (The Syrian civil war, however, was likely worsened by climate change.)

Around the time Medea was reinstated by the Obama administration, the CIA formed a new office to oversee climate efforts called the Center for Climate Change. At the time, Barrasso said the spy agency “should be focused on monitoring terrorists in caves, not polar bears on icebergs.” That office was closed in 2012 (the agency wouldn’t say why), leaving Medea as the CIA’s main climate research program.

So does the conclusion of Medea signal that the CIA is throwing in the towel on climate altogether? Unlikely, according to Femia. At this point, he said, U.S. security agencies, including the CIA, are still sorting out what resources they can best offer in the effort to adapt to climate change. Regardless of whether the CIA is facilitating civilian research, he said, “continuing to integrate climate change information into its assessments of both unstable and stable regions of the world will be critical.”

“Otherwise,” added Femia, “we will have a blind spot that prevents us from adequately protecting the United States.”