Scientists may have found a solution for space pollution 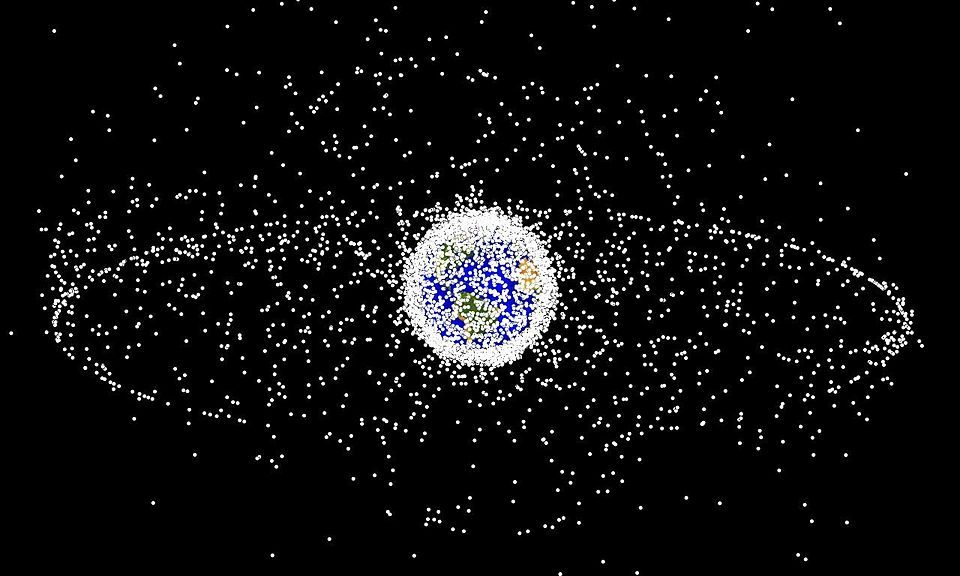 Scientists may have found a solution for space pollution

The laser in question is the brain child of a group of Japanese researchers, and it would basically be the world’s most badass trash collector. And by trash, I mean space junk, which, as Powell explains, is becoming a pretty big problem:

There are about 25,000 human-made objects larger than your fist flying around in orbit, and about half a million pieces bigger than a dime. If you include millimeter-scale shrapnel, the number of rogue bits reaches deep into the millions. Typical speeds in low-Earth orbit are about 30,000 kilometers per hour (18,000 miles per hour), ten times the velocity of a rifle bullet. You see the problem: A little impact can pack a big wallop.

So far, there have not been any space-junk catastrophes remotely resembling the sensationalized events in the movie Gravity, but the reality is still disconcerting. In 2009, a $50 million Iridium communications satellite was destroyed by a collision with a defunct Russian satellite. Three years later, the Fermi space observatory had a near miss with another Soviet-era satellite. NASA had to clad the International Space Station in shielding to protect it from repeated small impacts, and the agency sometimes moves the whole station to dodge larger pieces of junk. Orbiting debris adds cost and risk to the space business.

All this junk could last for years or centuries, depending on its altitude*, becoming not only a dangerous obstacle for future space missions, but ultimately, the ruins of a species that never did learn how to clean up after itself.

So you see, “this is where the laser cannon comes in.”

Scientists would use the laser in combination with a telescope that could track down debris just one centimeter in size. Once a piece of junk is identified, the laser would blast it out of orbit and into Earth’s atmosphere, where it would burn up and never hit the ground.

The idea sounds crazy, yes, but according to Powell, other proposals for dealing with space junk involve nets, lassos, magnets, slingshot satellites, and giant vacuums (just kidding — space is a giant vacuum!). So maybe a laser cannon isn’t such a long shot, after all?

The researchers behind the project announced in April that they plan to deploy a small-scale proof of concept on the International Space Station, and if that’s successful, they’ll build a bigger system that would be able to zap trash within a roughly 65-mile radius.

But ideally, Powell says, space junk wouldn’t exist at all:

In the long run, the best way to deal with space junk is never to create it in the first place. One of the most important principles here is what is called design for demise–that is, engineering satellites so that they will automatically de-orbit and remove themselves from the trash pile within, say, 25 years of the end of their mission.

One way to “design for demise” would be to build satellites that deploy solar sails to gently guide them to a fiery death in Earth’s atmosphere when they’re no longer needed — an idea that sounds both beautiful and like something that Bill Nye would totally approve of.

* The author previously said that all space junk ends up in geosynchronous orbit, which is totally wrong. According to NASA, “many spacecraft operators boost their old spacecraft into higher, disposal orbits at the end of their mission,” but most space junk resides in lower orbits. Thank you to our commenter Frozen Goat for pointing out this error! Suzanne has been sentenced to three weeks in low Earth orbit.