Upon hearing about Jonathon Keats’ new project, described as “an attempt to counter climate change by creating the next supercontinent,” I thought that it sounded pretty off-the-wall to say the least. When Keats, the self-identified director of the Political Tectonics Lab, actually explained the idea — which involves magnetrons and nuclear reactors and a smushed-together landmass called Pangaea Optima — I was left without a doubt that it was entirely bonkers. Even the most delusional geoengineering schemes I’ve heard of — from a “fertilization” experiment in dumping 100 metric tons of iron sulfate into the Pacific Ocean (that happened in real life) to the idea to spray sun-reflecting aerosols into the atmosphere (that hasn’t, yet) — are nowhere near as insane.

Which is kind of the point. 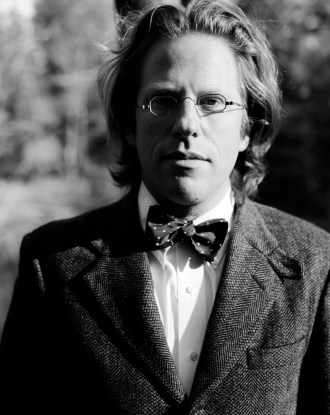 When I asked Keats, an experimental philosopher and conceptual artist, what the worst possible outcome for Pangaea Optima would be, he responded: “The worst-case scenario would be that we have to actually follow through and do it.” In other words, it represents the kind of last-ditch solution to climate change that would indicate that we had really, really screwed the whole thing up — over and over and over again.

I talked to Keats about this project, and found out that it’s based on some really lovely ideas of how the world should work — and a pretty cynical idea of how it actually does. An exhibit on Pangaea Optima will be at the Modernism Gallery in San Francisco starting on Oct. 22.

Q. So, Pangaea Optima is based on the concept of Pangaea Ultima, which is the landmass that’s predicted to form in 250 million years over natural tectonic processes. How would you get Pangaea Optima to happen any faster?

A. Well, it’s [through] a combination of nuclear power plants and magnetrons that are able to increase temperatures locally within the planet. Essentially what you’re doing is taking command of plate tectonics by controlling thermodynamics that are the underlying mechanism for movement of tectonic plates. And tectonic plates move very slowly. That rate certainly can be increased if you are applying the sort of pressures (for lack of a better word) that are, at present, within the planet — in a directed way. Moving tectonic plates happens at approximately the same rate at which our fingernails grow, depending on whether you have normal fingernails. But so much of it really is that they will go one way and then another, and you won’t end up with the most direct route.

Q. But if climate change continues at the rate that it’s expected to, if countries continue on a business-as-usual policy, there won’t be any humans here in even 200 million years.

A. Yes, or even 200 years, potentially — or 2,000, 20,000, pick your number. Absolutely. But you don’t have to [have the end goal] of being on the supercontinent in order for the supercontinent to come into play as a way in which you are thinking about yourself relative to others. At present, we really have so little, if any, momentum in terms of climate action. There are many different plans, many different ideas, all of which are aligned in some ways, at odds with each other in other ways. Actually, in some sort of metaphoric ways, it is like those continents that are all kind of going their own way, and are not in any sort of directed fashion leading toward an optimal supercontinent. The very process of moving in the direction of the supercontinent, and the momentum, is in a sense equivalent to that [missing momentum].

When we start thinking about the fact that we have come up with that supercontinent of our dreams, and that we are actually burying the magnetrons and we are plugging in a nuclear power plant, we’re already very much there in terms of mindset. Simply the process of trying to reach some sort of consensus as to what that supercontinent might be in its own right leads to a sort of conversation about commonalities and common interests that I think can be highly stimulating and productive in terms of the far easier ways in which we can go about addressing climate change. 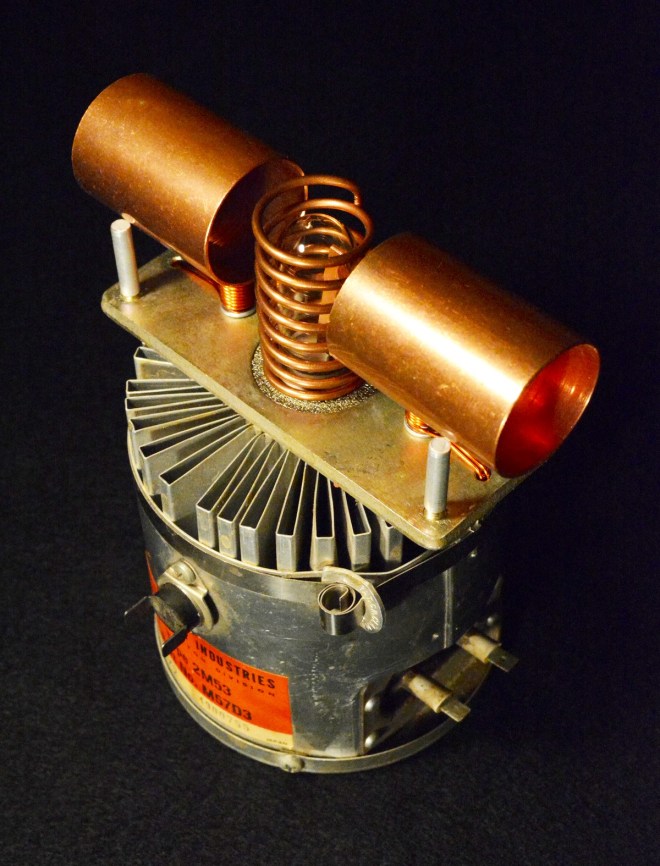 A prototype of the magnetron that would be used to create Pangaea Optima.Jonathon Keats

A. Well, earthquakes tend to be most severe where you have a fault that has not moved for a long time, and more and more pressure is building, and then suddenly it slips. It would seem that actually you would decrease the number of earthquakes if you did this well. And of course this has never been done before. But if you were to do this with the sort of expertise that we expect of any engineering feat, you would have slow constant motion, in which you would have plenty of lubrication by the molten material that is the basis for geological activity.

But you know, earthquakes might well be a risk, as far as this is concerned, and all geoengineering feats involve great risks. All the various ways in which this could jeopardize life on the planet is a very good conversation to be having — and is a conversation that, at least to me, does not seem to be taking place to nearly a serious or broad enough scale right now, in terms of any sort of geoengineering scheme, and the repercussions for it.

Q. So, for example, you describe the U.S. aligning geologically — and ideally, politically — with China and Russia in the formation of Pangaea Optima.

A. Yes, closing the Pacific Ocean — which is, in tectonic terms, very easy to do. It’s been closed before. I have tried to think about the supercontinent at the level of the geopolitics, at the level of tectonics, and also at the level of the environmental realities. Pangaea was not exactly a pleasant place to be if you didn’t have an oceanfront property, because most of that supercontinent was in a state of extreme drought. How to create large enough bodies of water internally to help mitigate is part of the thought process behind this version of Pangaea. 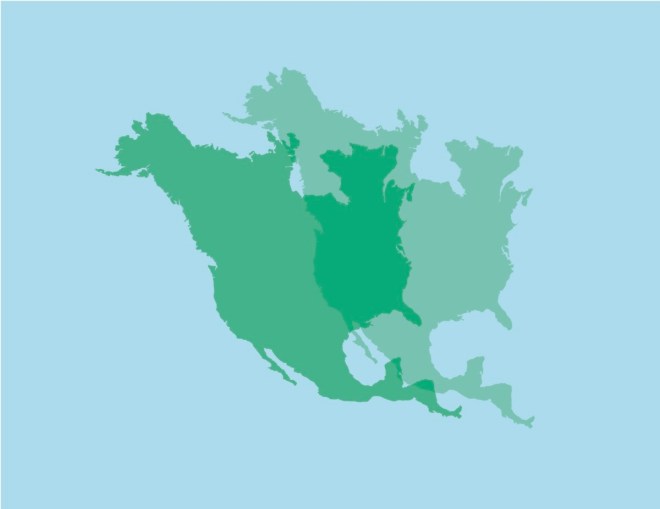 Q. How does the question of socioeconomic equity come into the repositioning of the continents, if it does at all?

A. Yes, absolutely — certainly one of the factors that we are contending with when we deal with any sort of climate action is the logic of so-called third world countries: They didn’t have the benefits of burning coal that so-called first world countries did, and therefore it is unfair to them now to place the penalties involved, or sacrifices involved, in mitigating climate change on them at the same level as first world countries. So that is certainly one of the essential currents going through the climate debate right now, that is evocative of how incredibly geopolitically complex the problem is.

First of all, it would seem that there is a sort of a hemispheric issue that seems often to come into play, Northern vs. Southern Hemisphere, that there are ways in which, geographically speaking, advantaged and disadvantaged patterns of colonization have played out historically. By moving continents in a way that defamiliarizes those sorts of assumptions, and also in ways that break some of the traditional “us vs. them” sort of longitudinal divide, that seems like it can address the problems that you have brought up within the continent of Pangaea Optima.

It would begin to get us — even if we don’t do Pangaea Optima — simply to consider the potential of Africa and the East Coast of the United States sharing the same territory. Simply making that sort of a move on the map, I think, involves making a move in the mind toward the recognition of differences … that we have come to take for granted, [that] are not differences that are inherent or that need be in the future.

But Pangaea Optima is my vision — and it’s by no means the vision that should be followed. It’s simply a starting point. And what’s absolutely crucial, more so than the maps and the technologies, is the supercontinental planning kit. It’s a kit that includes a blow-up globe and a Sharpie pen and a box addressed to the United Nations, which allows people to draw their own supercontinent to figure out what they would do in terms of that supercontinental planning. It’s by that sort of crowdsourcing, that sort of consensus, that we can figure out what that optimal supercontinent can be. 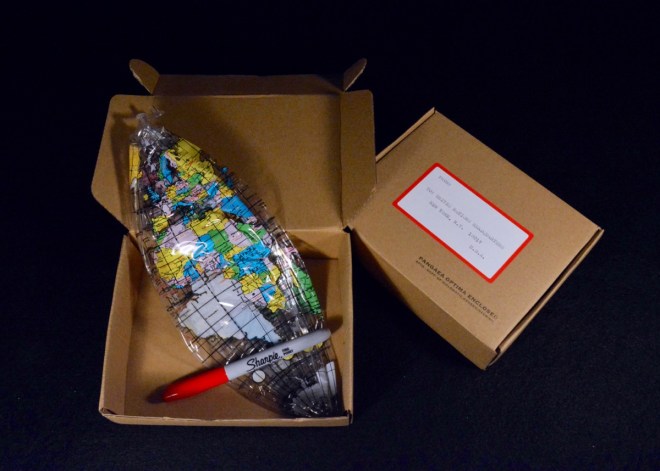 A. This is a time in which we are really starting to think about geoengineering as a way of mitigating climate change. Essentially, the idea that is inherent to almost every geoengineering scheme is that technology got us into this mess, and so technology might just be powerful enough to get us out of it. And that may be the case, but I don’t know that I’m convinced of that. I think it’s a conversation that we really need to have. I thought it might be interesting to think about whether you could operate at the grand scale of geoengineering, but not for technological ends — rather, in order to attain some sort of political ends.

That is to say: To try to address not the immediate problem of the “planet is getting hotter,” but rather the root problem, which is the way in which, politically speaking, we operate on this planet. How we as a species see ourselves within the world. Would there be a way, if you were to take the logic of geoengineering — which by no means do I take for granted — but if you were to take that logic, could you apply that logic in a way that would be actually using technology to get at something more fundamental?

We seem not to see ourselves as living all on the same planet, but instead see ourselves in terms of the distances between us. And that adversarial sort of position, or at least competitive way of thinking of ourselves relative to others, seems not to be particularly conducive to the sort of large-scale cooperation that would be necessary to address climate change.

But also, more broadly, it seems to be potentially one of the factors involved in why we rely on and race to get ahead of others in terms of our technology. There are fundamental structures within society that are based on the sense of the distance between us, as opposed to our commonalities and our ultimate commonality as a species and as a planet. And so the underlying assumption [of Pangaea Optima] is that you can radically shift perspective by shifting — literally — where you stand — and where you stand relative to everybody else.

It is, inherently, a naive assumption.

The long, sad decline of the United States’ alpacas