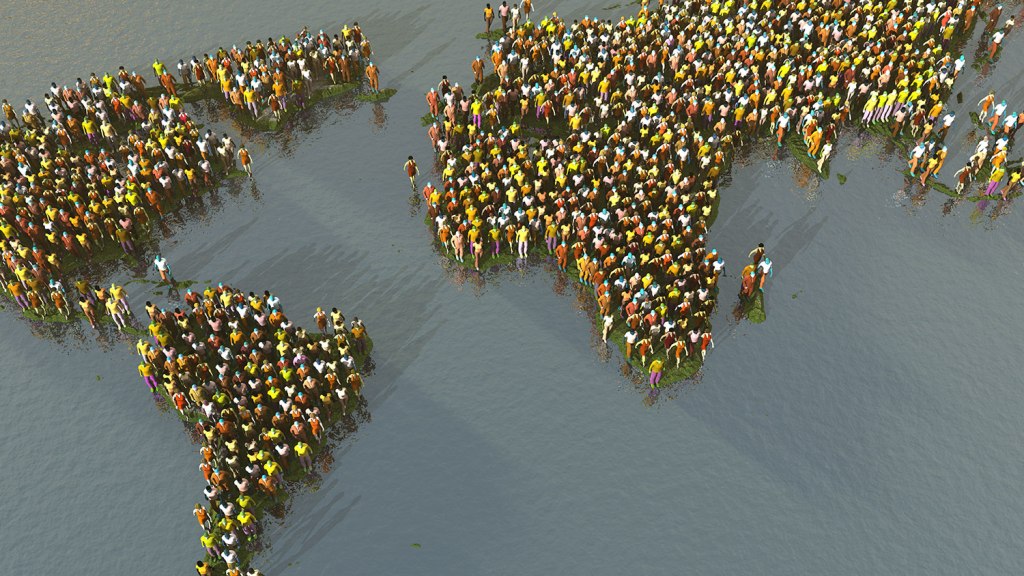 It’s not a topic that comes up in high-level international negotiations on climate change. Yet who would disagree that when individuals and couples use modern contraception to plan childbearing according to a schedule that suits them, they tend to have fewer children than they would otherwise? Could it be that this aspect of family planning, multiplied hundreds of millions of times, might lessen the severity of human-caused climate change and boost societies’ capacity to adapt to it?

The Intergovernmental Panel on Climate Change, after all, recently noted that population and economic growth “continue to be the most important drivers of increases in CO2 emissions from fossil fuel combustion.” Not many analysts see “win-win” opportunities in reining in economic growth. Population growth, by contrast, might be slowed as a side effect of efforts that have multiple other benefits — such as education, empowerment of women, and the provision of reproductive health services including safe and effective contraception. And there’s reason to believe that slower population growth also makes societies more resilient to the impacts of climate change already upon us or on the way.

This line of reasoning raises concerns among some groups that are active in climate change advocacy, who argue that linking family planning to climate change amounts to blaming parents of large families in developing countries for a phenomenon caused more by smaller but high-consuming families in industrialized countries. A more pragmatic worry may be the less-than-generous pie of international funding available to address climate change. Should family planning have precedence over renewable energy and direct efforts to adapt to climate change, when the needs are so great and the financial resources to address them are already insufficient?

A group of experts in the reproductive health and climate fields dealt with these concerns elegantly in a statement released by the Population Reference Bureau and Worldwatch Institute in December. The 13-member group, which was sponsored by the two organizations and met virtually and in-person over a year and a half, represents diverse gender and regional perspectives — a majority of the members are women and a majority come from developing countries. The group based its work on the shared principle that both climate-compatible development and individual decision making on childbearing are human rights.

“Achieving universal access to family planning throughout the world would result in fewer unintended pregnancies, improve the health and well-being of women and their families, and slow population growth — all benefits to climate-compatible development,” the group concluded. “We recommend including improved access to family planning among the comprehensive and synergistic efforts to achieve development compatible with addressing climate change.”

So, no — this important linkage is not about blaming anyone, no matter how many children they have, for climate change. The group (whose members spoke for themselves rather than for their organizations) recognized the complexity of the causes of climate change — past, present, and future. They did not call for prioritizing family planning over other needed investments in addressing climate change — nor even necessarily applying climate funding directly to contraceptive services.

Over hours of lively discussion, the experts instead settled on a small number of “action opportunities.” These included raising public and policymaker support for more-generous financing for directly addressing climate change and for expanding access to family planning. Other opportunities include fostering dialogue across the communities working on climate and reproductive health, and integrating family planning into national plans for climate-compatible development.

Critical to all of these opportunities is building awareness of the significant proportion of pregnancies worldwide that are unintended. This amounts to two out five pregnancies, with higher proportions — counterintuitively — in industrialized countries on average than in developing ones, according to a recent Guttmacher Institute report. Some 225 million sexually active women in developing countries, according to the Institute’s latest tally, say they would like to avoid pregnancy but are not using modern contraception.

Climate change and human population are indeed connected, as the IPCC has acknowledged. The encouraging news is that climate-compatible action on population is possible, in wealthy countries as well as in poorer ones. The point of active intersection is through better access to a practice — family planning — that most people in their reproductive years choose for their own benefit.

Family planning has already slowed population growth significantly in the last four decades — and, as a consequence, it undoubtedly has also slowed the growth in greenhouse gas emissions.

Many people, however, still need the support of governments and society at large to gain access to safe, dependable contraception appropriate to their needs. The expert group on climate-compatible development, population, and family planning has given expression to a linkage that will matter increasingly as population grows and climate change proceeds. The careful statement should make it easier for others, including climate negotiators, to consider the importance of making sure that everyone who wants to postpone pregnancy is able to do so.