Climate change is just another sign of the end times, according to half of America 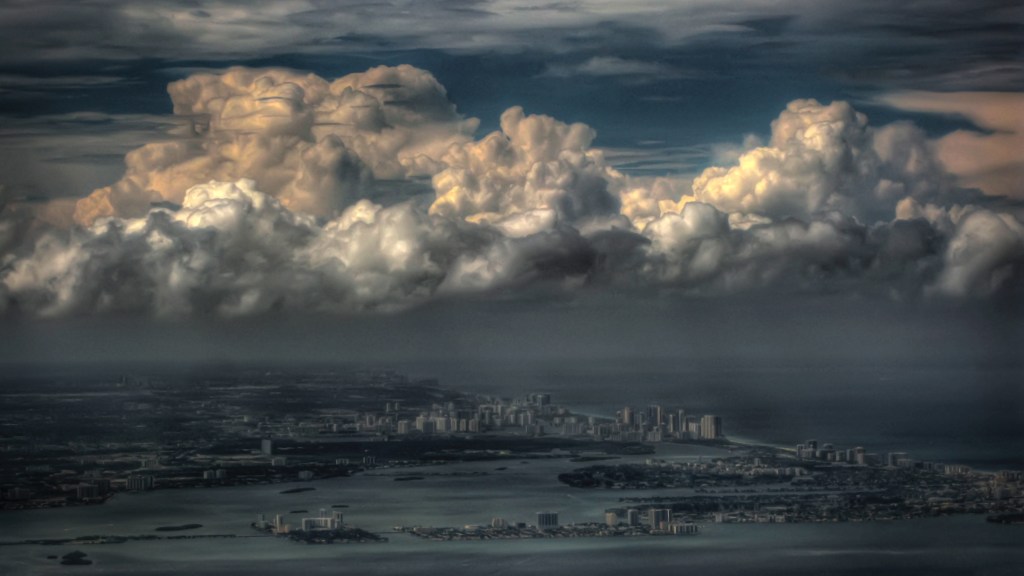 Climate change is just another sign of the end times, according to half of America

The parade of geological changes and extreme weather events around the world since 2011 has been stunning. Perhaps that’s part of why, as the Public Religion Research Institute reported on Friday, “The number of Americans who believe
that natural disasters are evidence of the apocalypse has increased somewhat over the past couple years.”

As of 2014, it’s estimated that nearly half of Americans — 49 percent — say natural disasters are a sign of “the end times,” as described in the Bible. That’s up from an estimated 44 percent in 2011.

This belief is more prevalent in some religious communities than others. White evangelical Protestants, for example, are more likely than any other group to believe that natural disasters are a sign of the end times, and they’re least likely to assign some of the blame to climate change (participants were allowed to select both options if they wanted). Black Protestants were close behind white evangelicals in terms of apprehending the apocalypse, but they were also the group most likely to believe in climate change, too. Predictably, the religiously unaffiliated were the least likely to believe superstorms are apocalyptic — but even so, a third of that group said they see signs of the end times in the weather.

This is an interesting study in how religious beliefs affect thinking on science and current events, but it also may have implications for how people view public policy and their responsibility for the natural world. If God will intercede to stop humans from destroying the Earth — which 39 percent of respondents believed to be true — why legislate limits on carbon emissions? Or, for that matter, why drive less, or eat fewer steaks, or change any behavior that affects the environment?

Plus, a large portion of Americans don’t think humans are responsible for changes in the Earth’s temperature or weather, whether or not they think God’s involved. A majority of respondents said they either don’t believe the Earth’s temperature is rising, or they believe it but think it’s happening for a reason other than human activity. Less than a third of respondents said they are “very concerned” about climate change, and half said they’re “somewhat unconcerned” or “unconcerned.” A 2014 survey by Pew Research Center yielded slightly different results: In it, 61 percent of Americans agreed that the Earth’s temperature is rising, and of that group, 40 percent attributed the warming to human activity.

But in general, this just isn’t an topic Americans seem to prioritize. In the new PRRI survey, participants rated climate change as less important than many other issues, including unemployment, income inequality, healthcare, the deficit, immigration, and education reform.

To be fair, people’s views on the existence and importance of climate change aren’t the same as their views on environmentalism, and this is reflected across the religious communities that were included in the survey. Significant majorities of Jews, mainline Protestants, white and Hispanic Catholics, and the religiously unaffiliated agreed that God expects people to care for animals, plants, and the planet. But 43 percent of black Protestants and 46 percent of white evangelicals said the opposite: The Earth, they say, was made for the use of humankind.

Stewardship of the Earth is a complex topic, theologically. The Bible has many beautiful passages on the wonders of creation, from the Psalms to the Book of Job. But even at the very beginning of Genesis, other passages stand in tension with the idea that humans should shape their civilizations with a concern for the environment. “Be fruitful and multiply,” it reads. “Fill the Earth and subdue it and have dominion over the fish of the sea and over the birds of the heavens and over every living thing that moves on the Earth.” This could be interpreted to mean that humans should be able to use the Earth’s resources limitlessly — or that “dominion” comes with the responsibility of stewardship. Either reading might theoretically shape the way someone things about climate change.

If someone sees humans as the natural rulers of the Earth, it makes sense that he or she wouldn’t prioritize renewable energy production or environmentally friendly oil drilling. But maybe some evangelicals and others who see signs of the end times just believe that today’s events have already been written:

The nations were angry; and your wrath has come. The time has come for judging the dead, and for rewarding your servants the prophets and your saints and those who reverence your name, both small and great — and for destroying those who destroy the Earth.