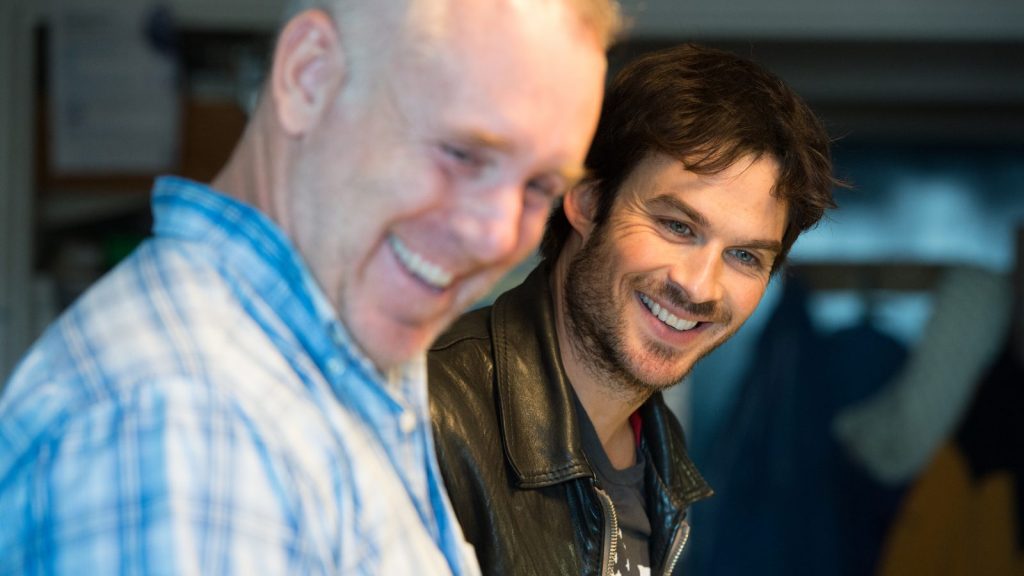 Ian Somerhalder is scared — and for good reason.

The actor, best known for his roles in Lost and The Vampire Diaries, is a native of Louisiana’s Gulf Coast, and he’s seen the effects of climate change on places that he loves. An avid scuba diver, he’s witnessed the impact of rising water temperatures and ocean acidification on coral reefs. They don’t just kill the reefs, they kill entire ecosystems. “It’s absolutely devastating and beyond frightening,” Somerhalder told Grist.

It was this concern for climate change that led Somerhalder to a gig as a correspondent on Years of Living Dangerously, a documentary series now in its second season on the National Geographic Channel. It also features Jack Black, Don Cheadle, David Letterman, and Gisele Bündchen, among others.

In the first season, Somerhalder met with an megachurch pastor who doesn’t believe in climate change and his daughter who does. This year, he joined climate scientists from the Woods Hole Oceanographic Institution on an expedition studying how storms become stronger and more destructive as sea temperatures rise. They journeyed 400 feet into a blue hole, a sort of marine sinkhole, in the Bahamas.

“When you’re down there, you realize that we’re a speck of time on this planet,” Somerhalder said. “You learn that 23,000 years ago, the top of a cave fell in, and 8,000 years ago, it completely filled up with water. For the last eight millennia, it’s been catching debris, and the seawater just goes on above it.”

Climate scientists use that debris to collect valuable data on storms of the past and how they have changed over time. And the news is disturbing: Hurricanes like Sandy and Katrina, scientists told Somerhalder, could be small compared to what’s coming.

“There’s nothing to see down there,” Somerhalder said, “it’s dark and murky and there’s no coral, but I knew that below me was a perfect record of climate, and that we were going to find it, and that it would tell us a story.” The story is one of humans altering the very fundamentals of the planet, from what can survive in aquatic ecosystems to the power of superstorms.

And yet, despite all the bad news, Somerhalder is hopeful about the future.

“We have to remain optimistic,” he said. “It can’t be all about problems — it has to be about solutions.” Somerhalder thinks those solutions include electing government leaders who promise to tackle climate change and taxing polluters. He’s endorsed a carbon tax ballot initiative in Washington state. “We have to stop putting so much carbon in the air,” he said. “It’s the biggest issue facing mankind.”

You can watch Years of Living Dangerously on Wednesday nights on the National Geographic Channel. Here’s the trailer for the new season: