Look, I’m with you: If we spend one more second talking about how we talk about climate change, we’ll be forcibly evicted to Mars to start all over.

But what if, instead of talking or reading or writing, there were a better way to, well, digest our information about climate change?

That’s the goal of the latest plan put forward by Jonathon Keats, experimental philosopher and artist. Last we heard from Keats, he was devising a fairly bizarre geoengineering proposal to address climate change: squishing all the continents together. Now, he’s back with an idea to help illustrate the mechanisms by which our planet warms: eating climate models via “anthropocenic sorbets.” He calls the process “data gastronification.”

We talked to Keats about his project, which will be featured at the STATE Festival in Berlin from November 4–5 (not-so-incidentally, the day the Paris climate treaty goes into effect). Read on below:

Q. Alright, Jonathon — what is your vision for this project?

A. I realized that the eyes were not really the only organ that we have at our disposal, that we also could eat our data, so to speak. The logic being that the human gut is actually pretty smart, unlike the eye — the gut is second only to the brain in terms of the number of neurons.

And so it seemed that we could enlist the gut to be able to understand phenomena ranging from dark energy to climate change by means of representing models through biomolecules instead of colors and shapes, and then by digesting — literally — the data or the models, as a means by which to process them internally.
[pullquote class=”pullquote–branded”]“I realized that the eyes were not the only organ at our disposal — we also could eat our data.”[/pullquote]
Ice cream was the most natural [food choice], because you have the built-in desirability of ice cream as a world warms. You end up with people wanting to eat something that will give them — if nothing else — a gut instinct for the ways in which phenomena, from greenhouse gas release to the albedo effect, interact to result in the planet becoming what it is today — and what it will likely be in the future unless we do something about it.

Q. How would that kind of information absorb through your gut and become a thought?

A. I’m working with some visualizations that were done by Steve Easterbrook, who’s a computer scientist at the University of Toronto. They are really well done as far as what a data visualization can do, and also that they really suggest — because of the complexity of all the different interrelated feedback loops — how ill-equipped we seem to be by way of our eyes to make sense of the whole. 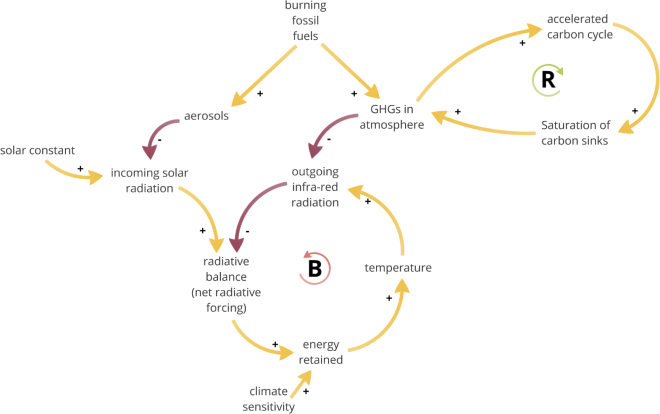 So what I’ve been doing is to take all of the positive and negative feedback loops and create three different types of sorbet, three different flavors, that have biochemicals that are chosen for the fact that they trigger specific receptors. For example: Vanilla extract specifically has the effect on the receptor known as TRPM-5, as opposed to cinnamon which has an effect on TRPA-1, and eucalyptus oil has another one, fatty acid has an effect on yet another.

I’ve identified twelve different chemicals, all of which are edible, all of which could plausibly be mixed into a sorbet. (As for palatability — that will be for Berliners to decide in several weeks.)

And there is, of course, still the necessity that the brain be involved in all of this. Your gut can’t vote or write or do math — at least as far as I’m aware. There’s absolutely the need for an interplay between the two.

Q. Is it accurate to say that this project operates on the assumption that there’s not enough action on climate change because people don’t understand it?

A. Yes and no. I think that for somebody to deeply understand it, and not to act on it, would be almost unimaginable. But I think that there’s a way in which to enforce your own ignorance out of self-interest. It really becomes important to find ways in which to enrich the understanding so that it won’t leave you alone.

Part of the reason is because climate change is rather daunting to understand. To know that temperatures are going up, or to observe that there are more typhoons, sure, that’s relatively easy to do. But to have some sort of understanding of these interrelationships does take a degree of engagement. And whether we can expect that level of engagement to happen in terms of studying the math, or writing, or visualizations, remains an open question — but thus far that has not worked.

[pullquote class=”pullquote–branded”]“For somebody to deeply understand [climate change], and not to act on it, would be to be almost unimaginable.”[/pullquote]

So, other ways are needed. Not to rule out those that we already have, not to say that we need the gut and we should no longer do the math, but rather that we need other ways in addition, and that gastronification potentially is one of those.

Q. And when you say “deeply understand,” what does that mean?

A. Maybe some of the most important would be deeply understanding at the level of being able to do predictive science — in other words, what the climate scientist strives to do. That depth of understanding has certainly improved, but it is still lacking. [That] is something that often requires intuitive leaps that come about through alternate means of engaging the same data set or the same models. 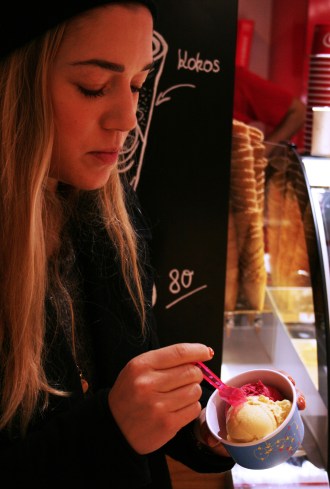 That kind of deep understanding is probably what is more at stake in terms of the general public. People are either ignorant out of not wanting to take the time to engage the problem, and therefore are not equipped to take it as seriously as I believe people need to.

So I would say on one hand, we need to find other ways in which to engage people other than those that we currently have. Those ways of engaging people probably are going to be most effective where there is some social component — where there is some sort of discussion that ensues, relationships that build from it.

[pullquote class=”pullquote–branded”]”Food has historically been the basis for human relationships. To have the meal as a mechanism for confronting climate change seems a quite natural way to go about it.”[/pullquote]

[Whereas] visualizations tend to take place on small screens, and those small screens are largely determined by algorithms that are feeding people based on what they have already seen and what they have already liked. In other words, they’re creating a sort of a filter bubble … and lack of any sort of spontaneous and multifaceted public discourse. To the extent that political issues are served up and decided largely on small screens, you’re not going to have that.

Q. So much of conversation around how to get people to understand and take action on climate change focuses on communicating the consequences, rather than the mechanisms by which the consequences will occur. Are you taking the opposite approach?

A. I wouldn’t say I’m taking the opposite. I think that you can’t have the one at any level of seriousness or depth without the other. To tell somebody that the world is going to hell and you just gotta believe me, that’s superficial. They may believe you for a minute. But the moment that a climate denier comes along with something that passes for a more exciting or more interesting or more plausible argument, you’re going to go to the other side.

I think that this idea of treating the public as inherently and irredeemably ignorant is not a way forward — it’s completely counterproductive. And it’s just so incredibly cynical! I just don’t think you can expect people to be committed if they don’t understand, and if their commitment doesn’t come out of their own understanding.

What the New York Times missed with its big GMO story