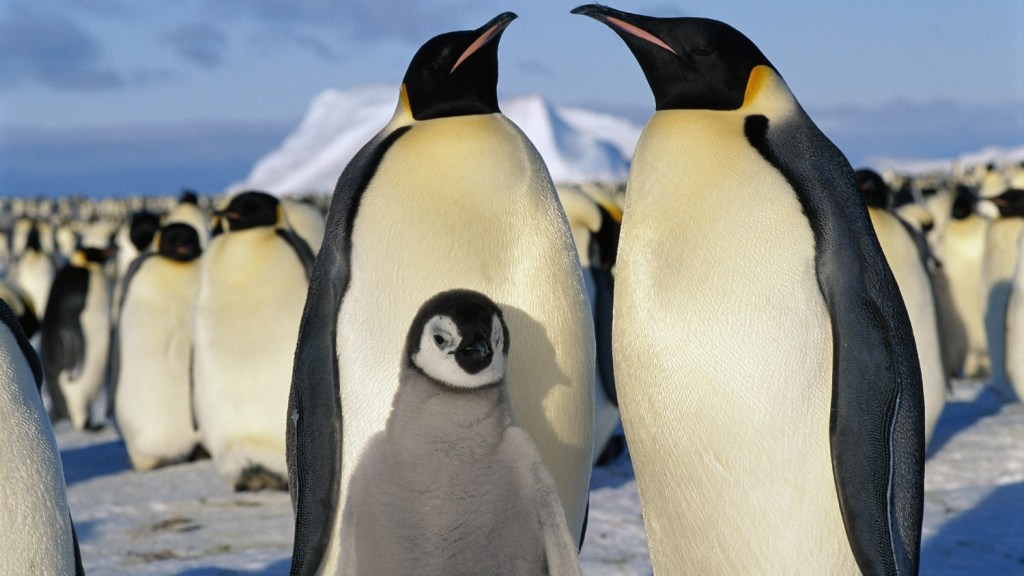 As the largest living penguin species, the emperor penguin reaches four feet in height and 100 pounds in weight. In some ways, this iconic bird could be considered one of the most successful bird species in the world. While most birds spend half their lives flying south, emperors got as far south as you can get, put on a nice tuxedo, and then gave up flying all together.

Now the dapper dressers are in trouble — these emperors may have no clothes, but that doesn’t mean they’re looking forward to a warming world, according to a new study in Nature Climate Change:

The researchers’ analysis of the global, continent-wide Emperor penguin population incorporates current and projected future [sea ice concentration] declines, and determined that all of the colonies would be in decline — many by more than 50 percent — by the end of the century, due to future climate change.

“If sea ice declines at the rates projected by the IPCC climate models, and continues to influence Emperor penguins as it did in the second half of the 20th century in Terre Adélie, at least two-thirds of the colonies are projected to have declined by greater than 50 percent from their current size by 2100,” said Jenouvrier. “None of the colonies, even the southern-most locations in the Ross Sea, will provide a viable refuge by the end of 21st century.”

The authors of the study recommend not only adding emperor penguins to the endangered species list, but beginning the search now for possible refuges.

These estimates only go out to the end of the century. Perhaps climate change will be mindful of our Gregorian calendars, but if the world continues to warm past Dec. 31, 2100, the loss of sea ice will be even worse. In addition to the loss of ice, the penguins are up against declining food supplies. Antarctic krill, tiny shrimp-like animals, form the pillar of the Antarctic food chain. Climate change could reduce their range 20 percent over the coming century and in some areas their biomass could take a staggering 68 percent hit, affecting birds, fish, and whales that depend on them. Combined with the loss of sea ice, the loss of the krill would make for a devastating one-two punch to the emperor penguin.

The danger faced by emperor penguins is poignant. No animal stands as a greater symbol of the icy Antarctic than the emperors, and sadly, just as the equally imperiled polar bears, the face of climate change in the Arctic, they share the same fate as their increasingly less frozen home.