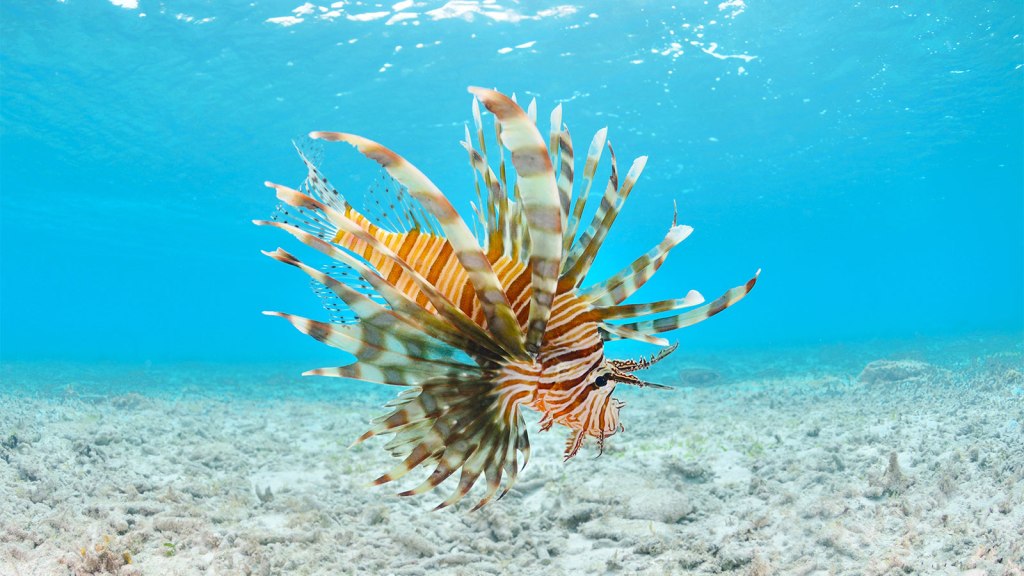 It is a truth universally acknowledged that if a town opens a Hard Rock Café, within 72 hours the area will be overrun by Midwestern conventioneers looking to unload their $25 per diem. It’s like when you buy a new couch; you’ve got about 19 minutes of lounge time before it becomes habitat for your semi-homeless guitar playing friends. And it turns out that if you turn up the heat in the oceans, invasive species will start couch-surfing, as a new study by researchers with UNC-Wilmington suggests.

The researchers monitored ocean floor temperatures and species present at depths between 15 and 150 feet off of North Carolina, which has historically had temperatures in the transitional range between tropical and temperate waters. The results were alarming, but hardly surprising at this point: The waters are both warmer and full of invasives. Below 122 feet, where the winter temperatures are relatively balmy, Pacific lionfish — which didn’t even arrive in North Carolina waters until 2003 — were the single most common fish.

We know that geography provides a big challenge for many species pushed to the brink by climate change. On land, anthropogenic barriers make survival an even greater challenge. Species that, in the past, would have simply traveled north to keep cool now find themselves on the wrong side of an eight-lane freeway or blocked by some other little barrier, say New York, for instance. In the oceans, species taxed by overfishing, pollution, and acidification lack the strength and the numbers to follow the cold — or they simply can’t move, period. I’m sure the Great Barrier Reef would love to make for bluer pastures, but it ain’t going anywhere.

Invasives, on the other hand, don’t have these problems. They lack predators, they’re hearty, and when we set the thermostat to their liking, all hell breaks loose. Lionfish, for instance, don’t just compete with other fish, they destroy the reefs they inhabit and reduce the overall biomass which is kind of a big deal since we sorta need that biomass for eating and stuff.

Basically, if we don’t act now to slow down the shuffling of our planet’s ecosystems, the Coney Island Fish Fry will be serving up piranha fritters.