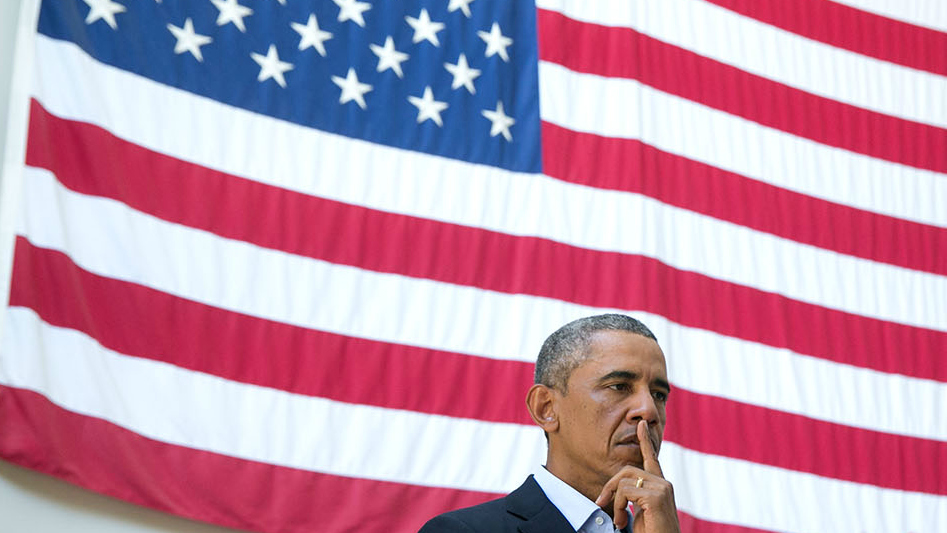 You would expect environmentalists to offer effusive praise as President Obama releases the final major component of his Climate Action Plan: a proposal to clamp down on methane emissions from the oil and gas sector. And at first glance, they did.

“This announcement once again demonstrates the President’s strong commitment to tackling the climate crisis,” said League of Conservation Voters President Gene Karpinski. A number of other environmental groups echoed that sentiment. If you didn’t read between the lines, you might think Obama had given them all they wanted.

He did not. Not even close. Environmental leaders, while praising the Obama administration’s intentions, warned that it will have to do much more than it pledged to on Wednesday if it is to meet its own stated goal for cutting methane emissions.

Methane, you’ll remember, is a greenhouse gas that is 86 times more potent than CO2 over a 20-year timeframe. When natural gas or oil is extracted through a fracking well, some methane often leaks out. (Natural gas is pretty much just methane.) Methane can also leak from old, abandoned wells, and from pipelines during transport. Between 1 and 3 percent of all U.S. natural gas production is lost to leakage. According to government estimates, methane makes up 9 percent of U.S. greenhouse gas emissions, and roughly one-third of that comes from the production and transportation of oil and gas. When natural gas is burned as a fuel, it releases about half as much CO2 as coal, but studies have found that methane leakage can wipe out natural gas’s climate advantage over coal. Methane from oil and gas is the fastest-growing source of greenhouse gases in the U.S. and it is projected to grow 25 percent by 2025 if no action is taken to stop it.

Hence the Obama administration now says it will take action — but what it’s proposing is not nearly far-reaching enough, activists say. The administration on Wednesday laid out an ambitious target for reducing methane emissions, but no definite way of getting there. They say that they intend to reduce methane leakage by 40 to 45 percent from 2012 levels by 2025. But their plan does not propose to regulate leakage from existing wells and pipelines, just from new and modified sources. This despite the fact that existing wells will continue to be big leakers into the future; one study last year projected that nearly 90 percent of methane emissions from the oil and gas sector in 2018 will come from sources that were in existence in 2011.

The EPA hasn’t actually unveiled its draft regulations yet — that will happen this summer, followed by a public comment period, and then the regs will be finalized next year. Meanwhile, EPA says it will work with the oil and gas industry to help it voluntarily control leaks at existing wells without federal rulemaking.

Even the enviros who had nice things to say about the plan still urged Obama to address existing sources as well as new ones. Leading Senate climate hawk Sheldon Whitehouse (D-R.I.) subtly expressed his hopes for a more complete plan, saying, “While these are important first steps, we also need to pin down the full scope of the methane leakage problem and implement strong, enforceable standards throughout the oil and gas supply chain.” Asked by Grist for clarification of what that meant, Whitehouse spokesperson Seth Larson said in an email, “we hope more will be done in the future on both methane leakage and on existing sources.”

The Environmental Defense Fund, which has been criticized by other enviros for working with the oil and gas industry to improve fracking practices, also called for rules that govern existing sources. “We will need a clearer roadmap and more decisive action to ensure the administration tackles the most important part of the problem — emissions from existing wells, pipelines, and facilities,” said EDF President Fred Krupp. “Otherwise, the goal will not be reached. There is no reason to wait 10 years to fix a problem that can be addressed right now at low cost.” And based on its own experience, EDF thinks industry can’t be counted on to do it without being forced. “The smarter companies are already taking steps to address methane emissions, but the vast majority are not,” observed Mark Brownstein, who heads EDF’s natural gas program. “That is why we need a policy that makes ‘best practice’ the standard practice.”

Some green groups dropped the diplomacy altogether and expressed outright disappointment. “We cannot afford to wait,” said Sierra Club Executive Director Michael Brune. “EPA and BLM must act quickly to reduce methane emissions from all new and existing sources of methane pollution in the oil and gas sector, including the transmission and distribution of natural gas.” Greenpeace, Public Citizen, and Friends of the Earth issued a joint press release declaring, “The Obama administration must reconsider their strategy on methane and put out a much stronger proposed rule than they suggest today.”

These enviros specifically criticize the slow pace of the administration’s effort, which threatens to leave the job unfinished when Obama’s successor — possibly a climate science-denying Republican — takes office. “We hoped at this point they would propose a rule itself,” said Kate DeAngelis, climate and energy campaigner for Friends of the Earth. The administration had previously said it would introduce regulations last fall.

There are a few other components of the administration’s methane plan. The two most significant ones are that the Bureau of Land Management will propose new rules to prevent venting, flaring, and leaking natural gas from all wells on federal lands, and that EPA will propose limits on volatile organic compound (VOC) leakage from new and existing wells in a large swath of the Northeast with elevated smog levels and a few other high-pollution regions. (VOCs are a precursor to smog production.) While a rule to limit VOC leakage from gas wells is not targeted at methane, the VOCs and methane come out together and any policy that restricts one will help to cut back on the other. But these rules will only cover a small fraction of wells, which are mostly on private land in rural areas.

And, of course, some greens point out that the federal government shouldn’t be selling leases to drill for oil and gas on public land in the first place.

The most charitable interpretation of the administration’s tentativeness is that they are trying to be realistic. “My sense is they feel they would be biting off more than they can chew in the remaining time in the administration to get new- and existing-source regulations through the whole [review] process,” said Joanne Spaulding, a senior managing attorney with the Sierra Club. “We’ve been saying this is achievable, but they’re making a decision about their own resources to get the job done.”

They may also be trying to avoid an industry backlash. “The industry has been lobbying and saying, ‘We don’t need regulations, we can do this on a voluntary basis,’” said Spaulding. The American Petroleum Institute attacked the plan on Wednesday. “Onerous new regulations could threaten the shale energy revolution, America’s role as a global energy superpower, and the dramatic reductions in CO2 emissions made possible by an abundant and affordable domestic supply of clean-burning natural gas,” said API President Jack Gerard. Since methane leakage can wipe out the benefit of those reductions in CO2, Gerard’s statement is nonsensical and misleading. As Spaulding says, “Industry will not be happy being regulated at all, so you might as well do the whole thing.”

Optimists in the environmental movement note that Obama hasn’t ruled out adding on methane rules for existing sources at a later date. But time is running out.