Obama is cracking down on another climate villain: Methane 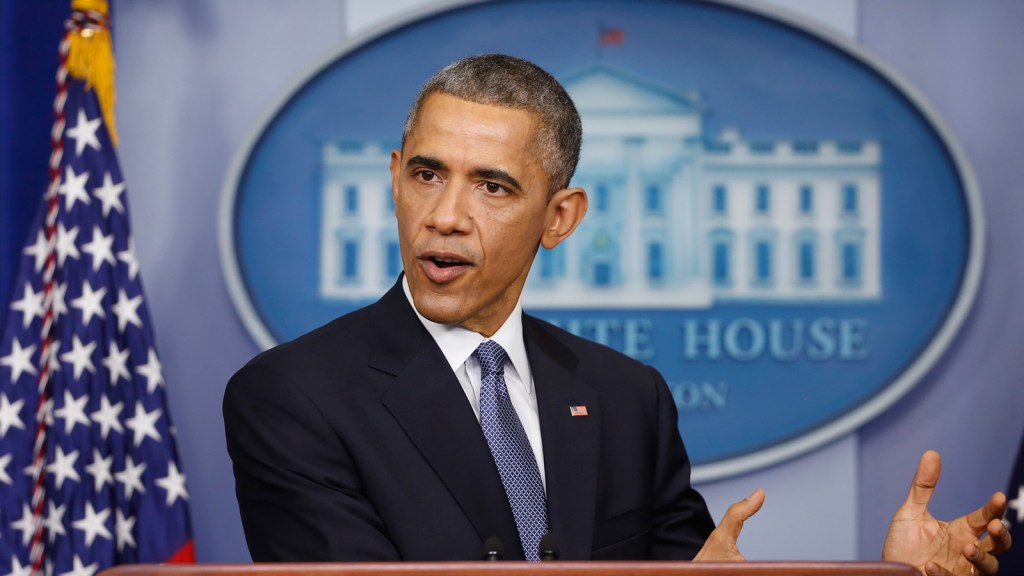 Obama is cracking down on another climate villain: Methane

This morning the White House announced a new plan to crack down on the oil and gas industry’s emissions of methane, a potent greenhouse gas. The move is the last major piece of President Obama’s domestic climate agenda, following in the footsteps of tougher standards for vehicle emissions and a sweeping plan to curb carbon dioxide emissions from power plants.

Like the power plant plan, the methane standards will rely on the Environmental Protection Agency’s authority to regulate pollution under the Clean Air Act. The new rules will regulate the amount of methane that oil and gas producers are allow vent or leak from their wells, pipelines, and other equipment. Ultimately, according to the White House, the rules will slash methane emissions 40 to 45 percent by 2025. The proposal announced today is intended to be finalized before Obama leaves office, but it’s certain to take a battering along the way from congressional Republicans and fossil fuel interest groups.

Methane makes up a much smaller slice of America’s greenhouse gas footprint than carbon dioxide — the volume of methane released in a year is roughly 10 times smaller than the volume of CO2 — so the proposal might seem like small potatoes. But it’s actually a pretty huge deal, for a few reasons.

Locking in climate protection: An underlying assumption of Obama’s carbon emissions plan is that many power plants will switch from burning coal to burning natural gas. That’s great, if your only concern is carbon dioxide. But methane, the principal emission of natural gas consumption, is 20 times more powerful than CO2 over a 100-year timespan. The problem is less with natural gas-burning power plants themselves, but with the infrastructure (pipes, compressors, etc.) needed to get gas from where it’s drilled to where it’s burned — and also with venting, the burning of excess gas from wells. So far, those bits and pieces have proven to be exceptionally leaky — some studies have found up to 7.9 percent of the methane from natural gas production simply escapes into the air.

So if we replace our coal with natural gas but let methane go unchecked, we won’t be much closer to meaningfully mitigating climate change, said Mark Brownstein of the Environmental Defense Fund. “Leak rates as low as 1 to 3 percent undo much of the benefit of going from coal to gas,” he added. (Some climate scientists disagree with this assessment, arguing that CO2 from coal is significantly more damaging over the long run than methane leaks from natural gas operations.) The plan proposed today will focus on plugging leaks and will help ensure that the quest to curb carbon emissions doesn’t simply shift our climate impact to another gas.

Saving money and energy: Methane leaks aren’t just bad for the climate, they’re also bad for business. Every year, according to a recent New York University analysis, between 1 and 3 percent of all U.S. natural gas production is lost to leaks and venting, enough to heat more 6 million homes. A separate study from the World Resources Institute put the price tag for all that lost gas at $1.5 billion per year. Plugging leaks and limiting venting from drilling sites would keep more gas on the market.

The industry doesn’t deny that leaks are a problem for its bottom line; the dispute is over whether intervention from the federal government is required and whether the cost to fix the leaks is worth it. Today the president of the American Petroleum Institute called the methane proposal “another layer of burdensome requirements [that] could actually slow down industry progress to reduce methane emissions.” While it’s true that overall methane emissions have been on a modest decline over the past several years, Brownstein said much more is needed to meet the nation’s climate goals. And the oil and gas sector is the single biggest source of methane.

Cleaning up fracking: Behind any conversation about natural gas is always the specter of fracking. Of course, there are many concerns about fracking that have nothing to do with methane emissions: public health issues related to water contamination, for example, or earthquakes. But stringent methane rules could alleviate some of the climate-related concerns about the fracking boom and could help refocus the debate around local pollution and land rights issues. These rules are also an opportunity, Brownstein said, for the gas industry to show good faith. “If the industry resists basic regulation for a relatively simple issue to solve, what is the public to think about the industry’s willingness to solve more complex issues,” he said. “This is a moment of truth.”