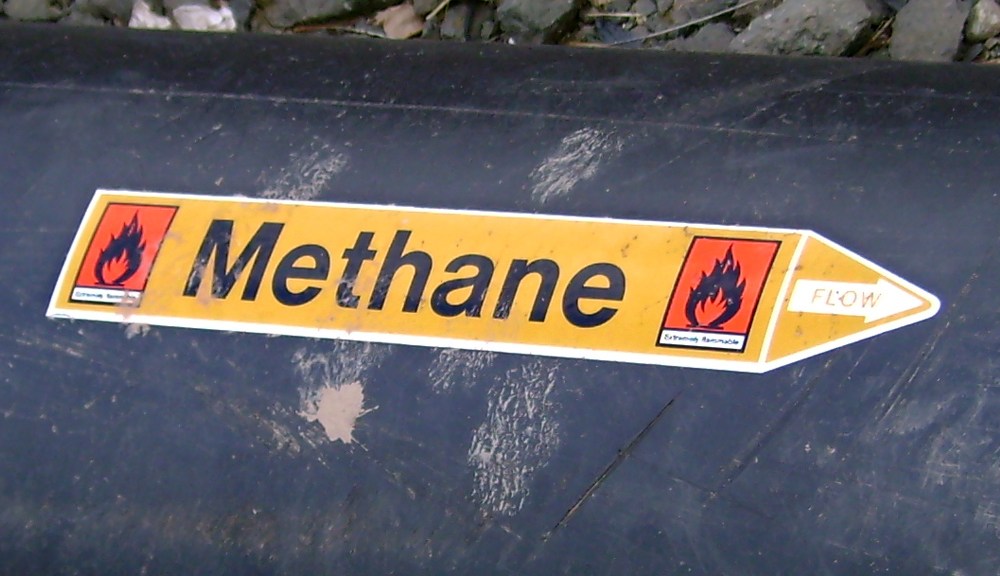 To the tune of “How Do You Solve a Problem Like Maria?”: How do you solve a problem like methane? If you can figure out how to keep it from floating away into the atmosphere, you can burn it as fuel. If you can’t, it drifts up into the troposphere, where it hangs out, accelerating climate disruption and not doing anyone any good (unless you’re a fan of the Paleocene-Eocene Thermal Maximum).

In some cases, methane is just gonna drift because that’s something the earth does sometimes (SEE: Paleocene-Eocene Thermal Maximum). But there are two main sources of methane leakage that are clearly our fault: the stuff that drifts out of poorly maintained natural gas pipes (and sometimes explodes), and the stuff that’s being released as a byproduct of the fracking boom in places like North Dakota and Texas. Sometimes it is flared off (you can see that from space); other times, it’s just vented.

The technology to capture that methane and use it exists (the Norwegian company Statoil has done a good job in that department). But, since the reasons to do methane capture in the fracking fields are more environmental than financial, we are in the awkward position of trying to make up new environmental rules to deal with all of this new, boom-related methane.

Last week, a League of Superfriends-style alliance of environmental organizations sent a letter to the president, inquiring as to the whereabouts of the methane rules proposed earlier this year:

Your March 2014 Strategy to Reduce Methane Emissions announced that the Environmental Protection Agency will decide by this fall how best to reduce pollution from the oil and gas sector. The Strategy built on the commitment in your 2012 State of the Union Address that development of oil and gas resources must not put Americans’ health and safety at risk.

Colorado already became the first state to regulate methane emissions this February, after Denver’s ozone levels went through the roof. Colorado’s regulations were drawn up collaboratively by the state’s largest oil and gas producers and the Environmental Defense Fund, then won approval from the Colorado Air Quality Control Commission.

They may have been the best possible regulations under the circumstances, but they have the same weakness that bedevils those who have sought to enforce the Clean Air Act and the Clean Water Act since they were created: They rely too much on self-reporting from the industries themselves.

The federal regulations, when they do arrive, will probably be similar. But in the meantime, we can let our imaginations run wild. If only we could roll-out a country-wide fleet of methane-sniffing vehicles — something like a collaboration between the Environmental Defense Fund and Google Street View. If only we could arrest the most egregious of the subway farters and place them in the kindest and most progressive of mandatory gastric rehabilitation programs.