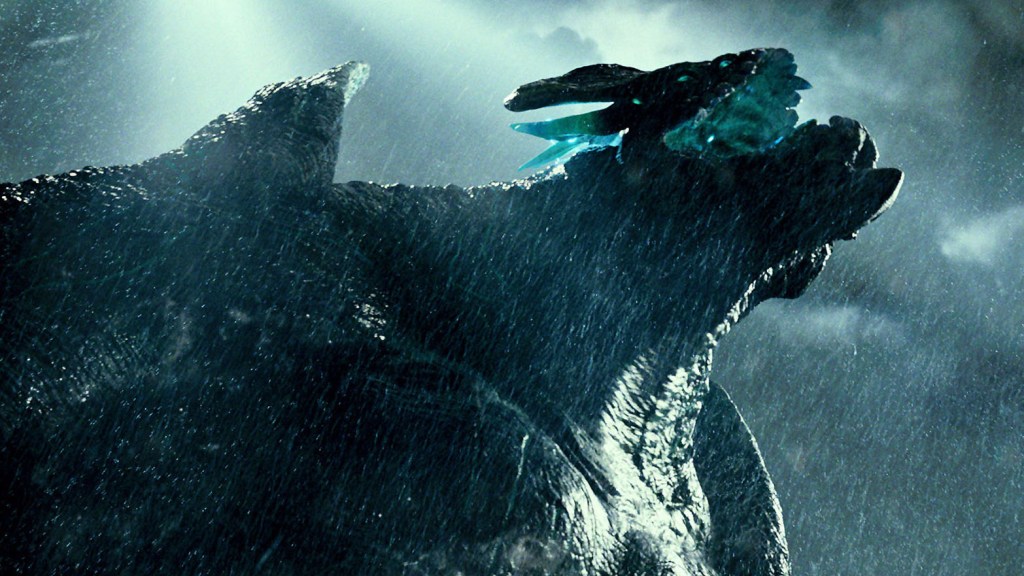 This guy is not as bad as pine beetles. Trust us.
Climate & Energy

Generally speaking, anthropogenic climate change doesn’t come at us like some Pacific Rim Kaiju monster, leaping suddenly into view from the watery depths. It’s slow and confusing and hard to observe on a day-to-day basis. But that doesn’t mean that we don’t have some nasty — and sudden — surprises in store. A new report by the National Research Council looks at the social and ecological dangers that could lie ahead.

The report has a Hollywood-friendly two-part title: “Abrupt Impacts of Climate Change: Anticipating Surprises.” And like Hunger Games: Catching Fire, this new release is also a sequel — to the NRC’s 2002 report of the same name, subtitle: “Inevitable Surprises.”

And what kinds of inevitable surprises should we be anticipating?

In the “Worry About It Later” column, we have some cinematic scenarios in which the Arctic belches up methane from the massive stores trapped beneath the ocean floor, or the heat circulation in the Atlantic stutters to a halt, soaking us in polar melt. The latter was the premise of the 2004 climatpocalyptic movie The Day After Tomorrow, but the report suggests these ones may be actually be for a few days after tomorrow — a more serious risk by 2100 — so we should probably focus on the problems nearer at hand.

Luckily, there is still lots of “Worry Now” to go around. One example of an abrupt change at hand is the biblical plague of mountain pine and spruce beetles ravaging North American forests, which has caused enough damage to no-longer-evergreens that swaths of dead trees can be seen from space. The beetles had previously been held in check by deadly cold snaps every few winters. Now, with just a small uptick in average temperatures, beetle populations are exploding. Bad news even if you’re not a conifer, since forests sequester about a quarter of global carbon emissions, making the atmosphere nice and cool and breathable for the rest of us.

Other woes of the near future may include: Polar sea ice, already decreasing at an alarming rate, could be taking summer vacation — as in, melted completely during the summer months — in just a few decades. Melted ice means higher sea levels, which is a tipping point of another kind. Andrew Revkin of the Times blog DotEarth points out that “Katrina’s high waters just made it over the levee, and the difference between ‘just over’ and ‘not quite over’ proved to be a lot of billions of dollars and human disruption.”

Extinctions are on the up and up as well, with biodiversity-rich ecosystems like coral reefs already under severe pressure from heat stress and acidification. The report adds deep-sea oxygen dead zones to the mix, a result of rising heat in the upper waters. If coral reefs and benthic ecosystems collapse, the toll on the rest of the ocean could be severe — as in, where did all our food go? The report warns that if extinction rates continue unchecked, even without climate change putting the pedal to the metal, we could be looking at the next dinosaur-scale mass extinction within a few centuries.

Since this sequel report is dedicated to anticipating surprises, the NRC recommends creating some kind of early warning system that could alert society BEFORE some of these drastic tipping points are broached. Well, that sounds good in theory, but if bleached coral, plant and animal extinctions, and space-visible pine plagues are any indicator, consider yourself warned.