Coal is dying all by itself 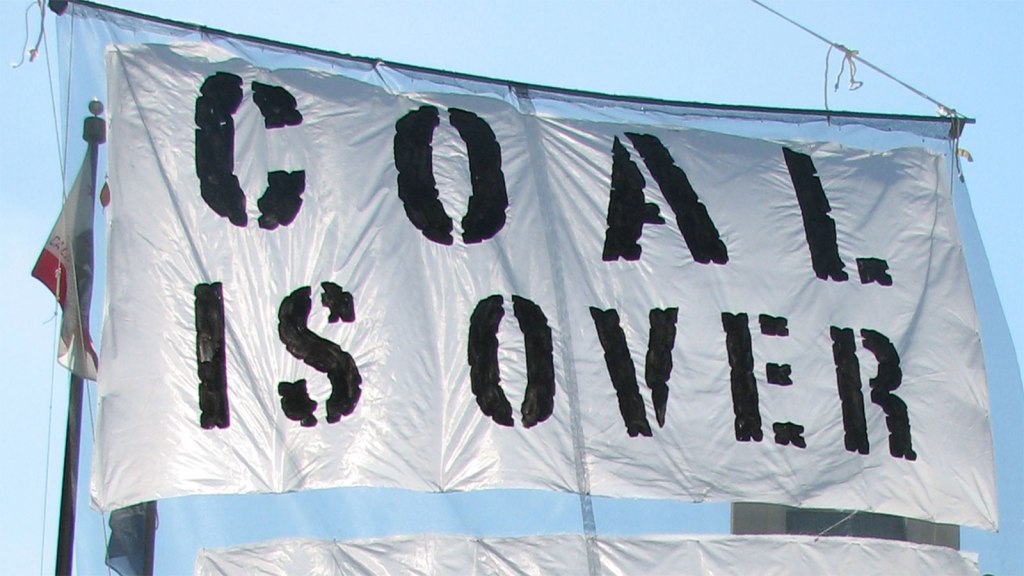 Coal is dying all by itself

Coal, the No. 1 cause of climate change, is dying. Last year saw a record number of coal plant retirements in the United States, and a study last week from Duke University found that Even China, which produces and consumes more coal than the rest of the world put together, is expected to hit peak coal use within a decade, in order to meet its promise to President Barack Obama to reduce its carbon emissions starting in 2030.

According to Sen. Mitch McConnell (R-Ky.), this is all the fault of President Barack Obama’s “war on coal” — specifically the administration’s new limits for carbon dioxide emissions from power plants, which probably will force many power companies to burn less coal. If there is a war, McConnell has long been the field marshal of the defending army. His latest maneuver came last month when he called on state lawmakers to simply ignore the administration’s new rules, in order to resist Obama’s “attack on the middle class.”

His logic, apparently, is that if Kentucky can stave off Obama long enough, the coal industry still has a glorious future ahead. That logic is fundamentally flawed. While Obama’s tenure will probably speed up the country’s transition to cleaner energy, the scales had already tipped against coal long before he took office. Kentucky’s coal production peaked in 1990, and coal industry employment peaked all the way back in the 1920s. The scales won’t tip back after he leaves. The “war on coal” narrative isn’t simply misleading, it also distracts from the very real problem of how to prepare coal mining communities and energy consumers (i.e., everyone) for an approaching future in which coal is demoted to a bit role after a century at center stage.

That’s the conclusion of a sweeping new account of the coal industry, Coal Wars, authored by leading energy analyst Richard Martin. The book dives deep into a simple truth: As long as we’re still burning coal for the majority of our energy, all the solar panels, electric cars, and vegetarian diets in the world won’t do a thing to stop global warming. Saving the planet starts with getting off coal.

The good news, Martin reports, is that transition is already underway, regardless of stonewalling by congressional Republicans, and with or without Obama’s new regulations. Martin documents evidence of coal’s decline from the mountain villages of Kentucky to the open-pit mines of Wyoming, and from lavish industry parties in Shanghai to boardrooms in Germany. Everywhere he looks, market forces (for instance, natural gas made cheap by the fracking boom), technological advances, and environmental laws are conspiring to favor cleaner forms of energy over coal. At the same time, Martin writes, more and more financial institutions and private investors are starting to factor climate change into their investment decisions, which “would be a death blow that no EPA regulation could equal.”

Whether the transition will happen fast enough to limit the damage of climate change is a different story. China still gets nearly three-quarters of its energy from coal. The United States, while substantially reducing its own coal consumption in recent years, still has huge amounts of coal, especially in the West, that can be profitably mined and shipped overseas. Many billions of dollars have been sunk into mines, power plants, shipping terminals, and other infrastructure that can’t simply be shut down overnight, especially when all that stuff forms the backbone of a basic commodity like electricity.

Still, for coal, there is no resurgence on the horizon. “There’s no question which way the curve is headed, and it is down,” Martin tells Climate Desk.

Much less clear than the fate of coal is what will happen in the countless communities, from the American Southeast to northern China, that have long depended on coal to put food on the table. Martin has managed to locate dozens of compelling personal narratives that show the human face of a debate that is too often reduced — by environmentalists as much as by the coal industry — to numbers and yawn-inducing energy wonkery. These include the head of a small coal mining company in Kentucky who was forced to sell off the business he inherited from his father and lay off workers who were also friends and neighbors. The manager of a coal town coffee shop in Colorado is also facing closure. In China, self-contained cities are built around coal mines, but young people there are unable to get work and have no other employment opportunities.

The environmental imperative to get off coal is obvious, and even if you think climate change is a hoax, basic economics are already driving the coal industry to contract. But so far, according to Martin, the United States has done a terrible job of helping coal industry workers and their families find life after coal.

There are many guilty parties here, including coal barons like Don Blankenship (who is currently facing charges in federal court for flagrant safety violations) and profit-hungry utility company execs who are keen to squash competition from solar and wind energy. But Martin saves his most damning critiques for leaders like McConnell who are hung up on pointless political squabbling rather than finding innovative ways to revitalize former coal economies.

“The presence of the coal industry has kept these communities in a state of dependence, and not allowed them to develop a real economy beyond coal,” Martin says. “Whether we pine for the days of these jobs or not, they’re not coming back. We have to get beyond this state of dependency.”