The lifeboat keeping the coal industry afloat is getting a little lonely these days, as everyone abandons ship.

At least nine companies confirmed they left ACCCE, and another seven left NMA; additional companies have been removed from the groups’ website but did not confirm their status.

As they shrink in members, the groups’ revenue and spending have shrunk, as well. Take ACCCE, which lost $27 million in revenue from 2008 to 2014: 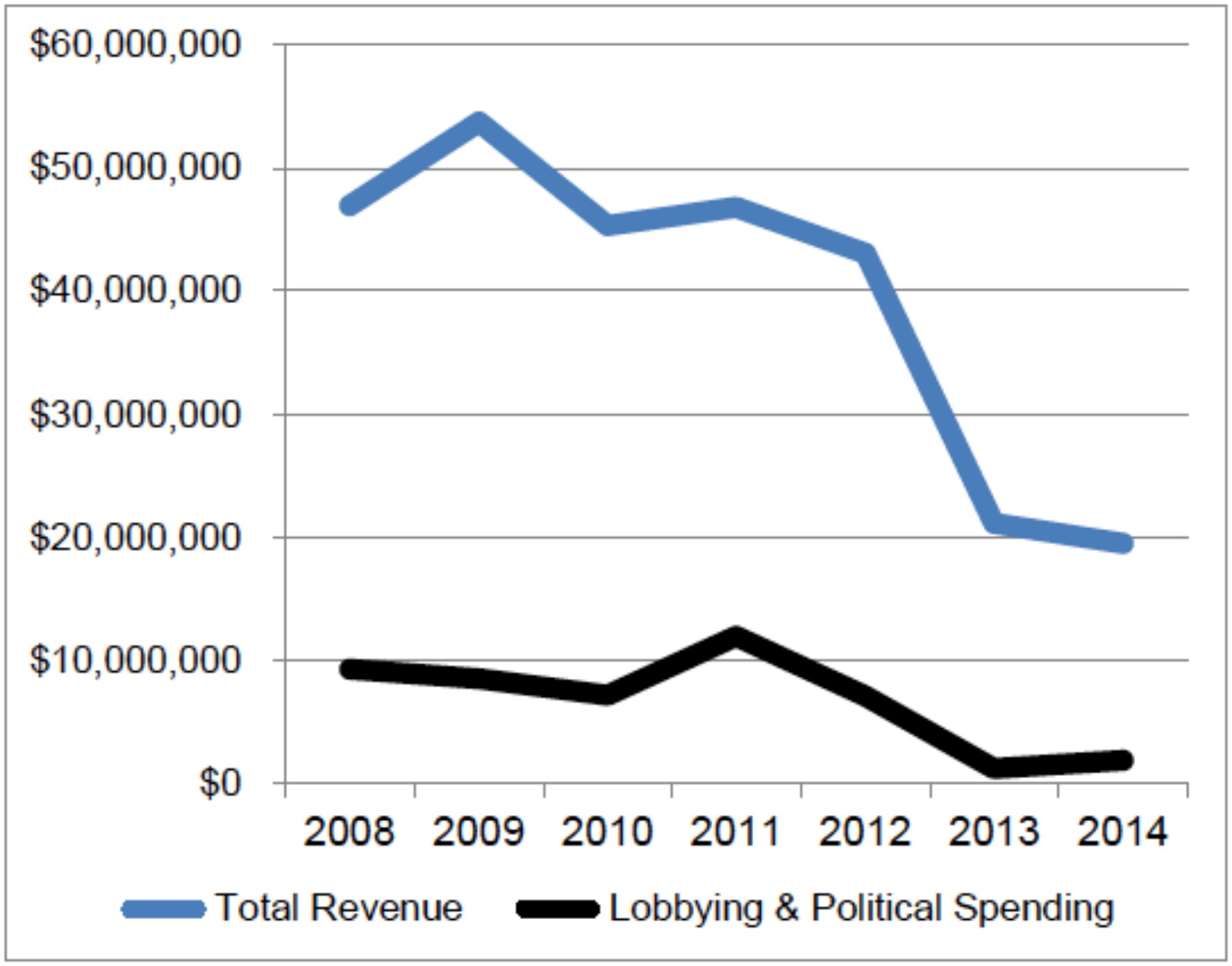 Many of the groups cited the lobbying groups’ opposition to climate change legislation for quitting. Last December, the automaker Volvo left the National Mining Association, calling the lobby’s efforts to oppose the Clean Power Plan “crazy.” Other companies to flee the groups since 2014 include Wells Fargo, Chevron, and Michelin.

“Coal mining companies continue to promote climate denial and oppose any serious effort to reduce carbon pollution,” Joe Smyth, the author of the report and a researcher at the Climate Investigations Center, told Grist. “So it makes sense that these companies are departing.”

The shrinking political might of coal country can be felt in other ways, too. More than 50 coal companies, including heavyweights like Peabody, have filed for bankruptcy since 2012.

Maybe someone should start handing out life preservers.