Congress backtracking on law that aimed to reduce flood risks 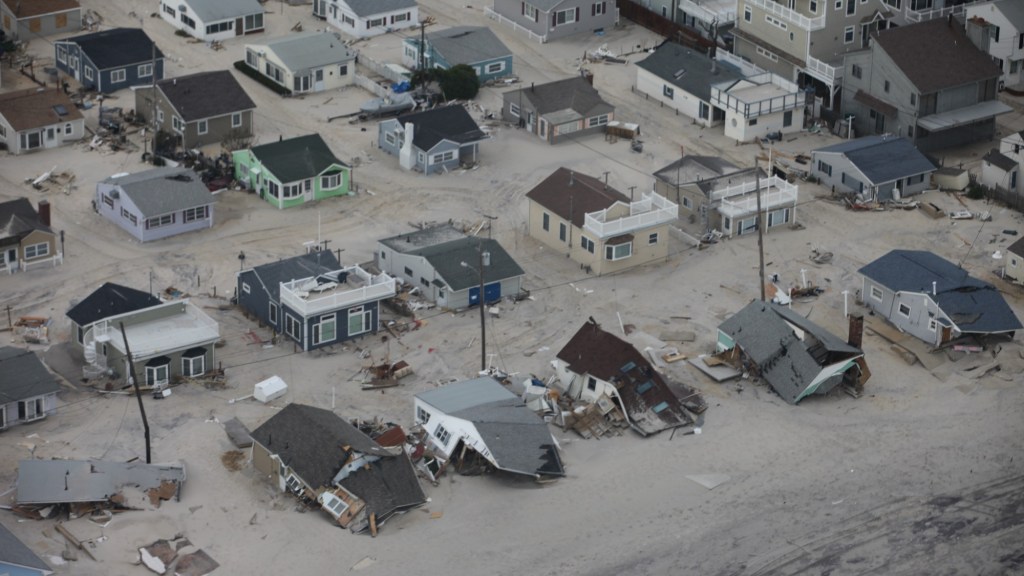 Congress backtracking on law that aimed to reduce flood risks

Demolishing coastal habitats and replacing them with buildings is just asking for trouble. Mangroves, sand dunes, and other coastal ecosystems can buffer rising tides and storm surges. Homes, driveways, and roads, on the other hand — well, they just flood.

Yet since the late 1960s, the federal government has been promoting the construction of homes in flood-vulnerable coastal areas through the National Flood Insurance Program. Under the NFIP, taxpayers subsidize the costs of insuring homes in flood-prone neighborhoods. The program has led to the demolition of coastal habitats and the construction of flood-vulnerable homes is coastal areas around the country.

Fortunately, lawmakers came to understand the folly of the nation’s ways. Last year, by a 412 to 18 margin, Congress did something unusual: It passed a bill that went on to become law. The bill started raising flood insurance rates to something resembling market prices.

Unfortunately, now Congress wants to backtrack. Seems members didn’t comprehend the scale of the problem they were trying to fix. The issue of unsuitable homes built on flood plains is so entrenched that the new law led to severe economic impacts for homeowners who were forced to foot greater shares of the insurance bills needed to protect their properties.

“All the houses, all the stores, all the businesses — everything has to be raised six, eight, ten feet high,” Mike O’Reilly, a resident of New York’s Broad Channel Island, told CBS News during a protest last month that took place on land that was inundated after Superstorm Sandy struck the region. “If you don’t comply with this impossible task, the insurance premiums are going to up $20,000-$30,000 a year.”

Reacting to widespread anger, Congress is now scrambling to undo the program changes that it once so heartily supported.

Here is Salon’s summary of the 2012 legislation:

The Biggert-Waters reform legislation … forced the creation of new FEMA maps to determine who needed flood insurance. It also allowed higher annual premium increases — to 20 percent from 10 percent — so premiums could gradually come more in line with actuarial realities. And for high-risk homes built before flood maps were adopted, which enjoyed generous subsidies, flood insurance rates would increase 25 percent a year, until they reached a level commensurate with the actual risk. If the homes changed hands, they would immediately move to the risk-adjusted rates. Over time, subsidies for 1.1 million policyholders, 20 percent of the program, would be phased out.

And here is its summary of Congress’s new effort to undo its own legislation:

[A] deal … would delay the changes to the program by four years. It would force FEMA to conduct an “affordability study” to ensure that homeowners wouldn’t pay undue costs, and would allow reimbursement to policyholders who successfully appeal a change to flood maps that increase their rates.

In the wake of Hurricane Sandy, the federal government is spending billions of dollars buying up coastal homes in New Jersey. Those homes will be replaced with flood- and storm-buffering sand dunes like those that used to line the shore. As Congress looks for a fair way to fix 45 years of irresponsible home building promoted by the NFIP, more neighborhood-eliminating projects like these might need to be considered.