Does it make sense for climate activists to focus on Clinton's campaign donors? 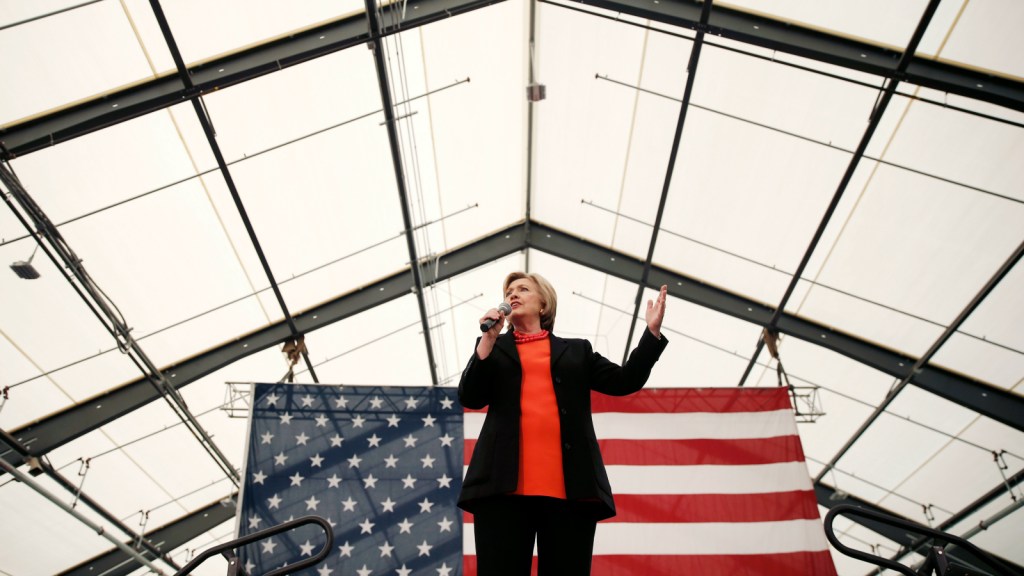 Does it make sense for climate activists to focus on Clinton’s campaign donors?

Hillary Clinton is catching a lot of flak from climate activists for accepting “fossil fuel money” — but do her donors matter more than her energy policy views?

The issue blew up into front-page news last week after Clinton snapped at Greenpeace organizer Eva Resnick-Day, who asked the candidate to “reject fossil fuel money.” Clinton incorrectly blamed Bernie Sanders’ campaign for the accusation that she takes money from fossil fuel interests. The political cycle of umbrage and outrage was set spinning: Sanders and Greenpeace struck back. Then the Clinton campaign issued a statement decrying what it called “dishonest attacks” and organized a press call with New York Mayor Bill de Blasio to praise Clinton’s climate change record and call on Sanders to renounce this critique. On Wednesday, Naomi Klein lambasted Clinton in The Nation, arguing the donations are emblematic of the candidate’s “corporate worldview.”

For climate reporters, this is exciting stuff, since it’s exceedingly rare that our issue is at the center of the presidential primary. But it’s also a little frustrating, at least for me, because whether Clinton takes fossil fuel money does not directly affect U.S. greenhouse gas emissions in the way that her policies as president would. It is an issue of process and symbolism rather than substance. The activists who have been tirelessly nagging her to reject campaign contributions from fossil fuel interests argue, however, that process and symbolism matter because they tell us about a politician’s values.

What is “fossil fuel money” anyway?

But what does that mean? It could mean that top executives at oil, gas, and coal companies are giving to Clinton because they hope to win favorable policies, or because they think her current policy views are alright, or because they think she’s going to be president and they want to contribute to a winner. Or it could mean that administrative assistants and front-line workers at those firms who happen to be Clinton supporters are giving to her. It could be all of the above. Even Sanders, who has pledged not to take fossil fuel contributions, has received $56,760 from apparently socialist employees of fossil fuel companies.

More significant than employee contributions is the fact that Clinton has received $1,486,810 in both bundled and direct contributions from lobbyists currently working on behalf of fossil fuel companies.

Activists also like to point out that one of the main super PACs supporting Clinton has received millions from donors linked to the fossil fuel industry, but, by law, Clinton does not have control over or even direct communications with any super PACs.

What difference do donations make?

But is Clinton’s receipt of dollars with fossil fuel connections actually driving her energy policy positions? Clinton has consistently moved toward more restrictive stances on fossil fuel extraction over the course of the campaign. That owes a lot to climate campaigners such as Resnick-Day and other folks from Greenpeace, 350.org, and other grassroots groups. Last summer, after being repeatedly hammered about Keystone XL on the campaign trail, Clinton came out against the pipeline before President Obama rejected it. The same thing happened more recently when she voiced opposition to Atlantic offshore drilling. She has also been talking about reforming the system for fossil fuel extraction on public lands.

There are still key areas in which Clinton differs from the most hardcore anti–fossil fuel activists, such as her support for oil and gas drilling on public land and in the Gulf of Mexico. But are those positions the result of fossil fuel–linked campaign donations?

What if the donations are the symptom rather than the problem itself? Political science increasingly suggests that donations from interest groups flow to candidates who already take positions the interest groups favor, whether candidates have arrived at those positions out of personal conviction or political calculation. Ted Cruz, as a conservative Republican from Texas, has pro–fossil fuel positions, but that could just as easily be attributed to the fact that Texas’s overwhelmingly conservative Republican voters hold those same views as to the fact that he receives donations from people in the industry. Republican politicians generally oppose climate action because their base and the right-wing media demand it, whether potential donors do or not.

Why are climate activists focusing on the money?

Activists make two arguments as to why fossil fuel–linked donations are important. First, they say contributions influence the policies a candidate adopts in the campaign and pursues once elected. “We’ve seen it with Republicans who get millions from the fossil fuel industry,” writes Lindsay Meiman, a spokesperson for 350.org, in an email to Grist. “They act as puppets for Big Oil and continue to deny climate change and basic science, despite over 75 percent of the public in favor of swift climate action.” But, as noted above, pressure to take those stances doesn’t just come from the donor class; it also comes from Republican voters, Tea Party activists, bloggers, talk radio hosts, and Fox News.

The other, more persuasive, argument from activists is that refusing to take money from, say, fossil fuel lobbyists would be a down payment on serious climate action. Everything else Clinton offers climate hawks is only a promise or proposal, and often an ambiguous one. History is filled with candidates who made campaign promises to win over certain constituencies, then abandoned those promises once in office. “It’s the one thing she can commit to and do now,” says Resnick-Day. “She doesn’t have to wait until she’s in office. She can reject fossil fuel money now and show the public she’s serious about addressing climate change.”

Resnick-Day also points out that activists haven’t just been focusing on campaign contributions; they’ve been pushing Clinton on other issues too, from offshore drilling to extraction of fossil fuels on public lands. “Both 350 and Greenpeace have been on the ground bird-dogging Hillary since before the New Hampshire primary, and fossil fuel donations have accounted for probably less than one-fourth of questions we’ve asked on the trail,” she says. “That’s just the one that happened to go viral. By no means are we saying that’s more important than her policy positions.”

Still, some activists have made campaign finance into one of their most high-profile issues this election cycle. Greenpeace, 350.org, and other groups have for months been pushing candidates to take a pledge to reject “fossil fuel money.” There’s no sign of a pledge to impose a price on carbon. As of this writing, the top item on the Greenpeace homepage is this headline: “Tell Hillary Clinton and ALL the candidates to reject fossil fuel contributions!” Last week, Greenpeace organized a protest outside a Clinton fundraiser in Manhattan to demand that the candidate stop taking dirty money.

Still, this line of attack got under Clinton’s skin and drove the campaign news for at least a cycle or two. Repeated calls for her to endorse a carbon tax or oppose all offshore drilling, while arguably more substantive, might not have gotten a response. Us policy geeks will roll our eyes and wish that the campaign were about nothing but bullet-point plans and policy proposals. But political activists perform a different function, and this approach has succeeded in putting Clinton on the defensive and making her take notice.