Clinton comes out against Atlantic offshore drilling, angling to win green voters away from Sanders 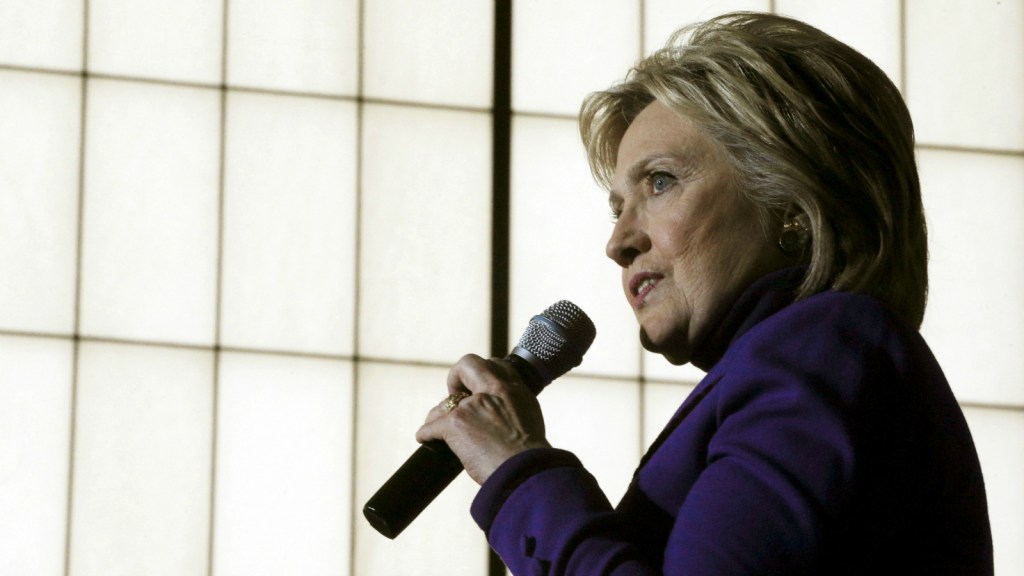 Clinton comes out against Atlantic offshore drilling, angling to win green voters away from Sanders

Hillary Clinton needs climate activists’ votes more than ever now — and she’s shifting her positions to try to win them.

On Monday, as she lagged in the polls leading up to the New Hampshire primary, she indicated that she would ban offshore oil and gas drilling along the Atlantic coast. A Greenpeace campaigner in the crowd at a Clinton campaign event asked if she would “stop oil drilling in the Arctic, the Atlantic, and the Gulf?” Clinton replied, “I’ve already said that I will stop in the Arctic and the Atlantic.”

Actually, she’s only sort of said that before. She did come out explicitly against Arctic drilling in August, but her views on drilling off the Atlantic coast and in the Gulf of Mexico have not been clear. In December, she said, “I am very skeptical about the need or desire for us to pursue offshore drilling off the coast of South Carolina, and frankly off the coast of other Southeast states.” Skeptical is not the same as clearly opposed. But then later that same day, she said, “I just told an interviewer that I was doing a phone interview with in South Carolina, I am not in favor of drilling off of our coasts.” Which coasts specifically did she mean?

A year ago, Obama’s Interior Department announced it may open up previously off-limits areas along the coasts of Virginia, North Carolina, South Carolina, and Georgia to oil and gas drilling for the first time in more than 30 years. Since then, opposition has been building in coastal towns in those states, many of which depend heavily on tourism. New drilling in these Atlantic areas would be much more controversial than the continuation of drilling in the Gulf of Mexico, where it’s been going on for decades. Oil and gas exploration is already a big part of the economy along the Gulf coast, there’s extensive industry infrastructure to support it, and locals tend to be more supportive, so ceasing sales of oil leases in the Gulf would be a pretty radical move.

Clinton’s latest comments appear to have clarified her views: No on Arctic drilling, no on Atlantic drilling, and — because she didn’t mention it — presumably status quo on Gulf drilling. Environmental groups are most opposed to opening the Arctic to drilling because it is such an ecologically sensitive region and cleaning up spills would be extremely difficult. After that, they are more concerned about not opening the Atlantic than they are about stopping drilling in the Gulf.

It stands to reason that Clinton would take exactly this compromising center-left position. It puts her close enough to environmentalists to keep many of them satisfied, without opening a massive, politically challenging new front in the war on fossil fuels. It also puts her in between Obama, whose administration is moving to open the Arctic as well as the Atlantic, and Sanders, who pledges to ban all offshore drilling entirely.

That Clinton feels the need to be tougher on drilling than Obama, who she normally sticks close to politically, is a testament to the effective grassroots efforts to force Democrats to take stronger stances on climate change.

Before she started running for president, there was nothing in Clinton’s record that would cause environmentalists to think she was any different from Obama. She shared his approach to climate change and energy: in favor of regulating carbon emissions and increasing renewable energy generation, but also in favor of producing lots of fossil fuels domestically. And she promoted fracking abroad as secretary of state.

But as a Democratic candidate for president, Clinton’s been feeling heat — call it the Bern — from her left flank over climate change. Sanders is one of the Senate’s top climate hawks and he has announced a wide range of ambitious climate goals and plans, including taxing carbon emissions and banning all fossil fuel extraction on federal land. Young voters are responding to Sanders’ bold climate platform and his broader progressive agenda, heavily favoring him and powering him to a tie in the Iowa caucuses and a decisive win in New Hampshire.

So now it seems like he’s got Clinton running scared.

Meanwhile, activists are showing up at her campaign stops, asking her to make various climate policy commitments. Initially, she refused their entreaties, but she has lately been buckling under their pressure. After long refusing to take a stance on Keystone XL, Clinton announced her opposition in September, shortly before Obama rejected the pipeline.

And after months of saying she wouldn’t ban fossil fuel extraction on public land, she now seems to be changing course at least somewhat. Last week, when she got a question from a 350.org activist about instituting such a ban, Clinton said, “It’s a done deal,” and later added, “That’s where the president is moving. No future extraction. I agree with that.” Those comments left some wiggle room: Until she puts out an actual policy proposal, it’s not clear if she intends to match Sanders’ promise to immediately ban all extraction, or if she’d merely continue and expand Obama’s new program of leasing reform, which has put a moratorium on new coal leases while the Interior Department looks at raising prices for them. In her campaign kickoff speech in June, she mentioned that she would charge more for fossil fuel leases. That, of course, would require continuing to sell them.

If you’re a Democrat focused on electability, the fact that Sanders is threatening to beat Clinton — and at least pulling her to the left — might have you worried. Polls show that majorities of Americans support allowing offshore drilling, and drilling and mining on federal land. But if you’re an activist focused on preserving a livable climate, this is good news: The mainstream, establishment Democratic candidate is getting tougher on fossil fuels.