Does the Obama administration care more about free trade than climate change? 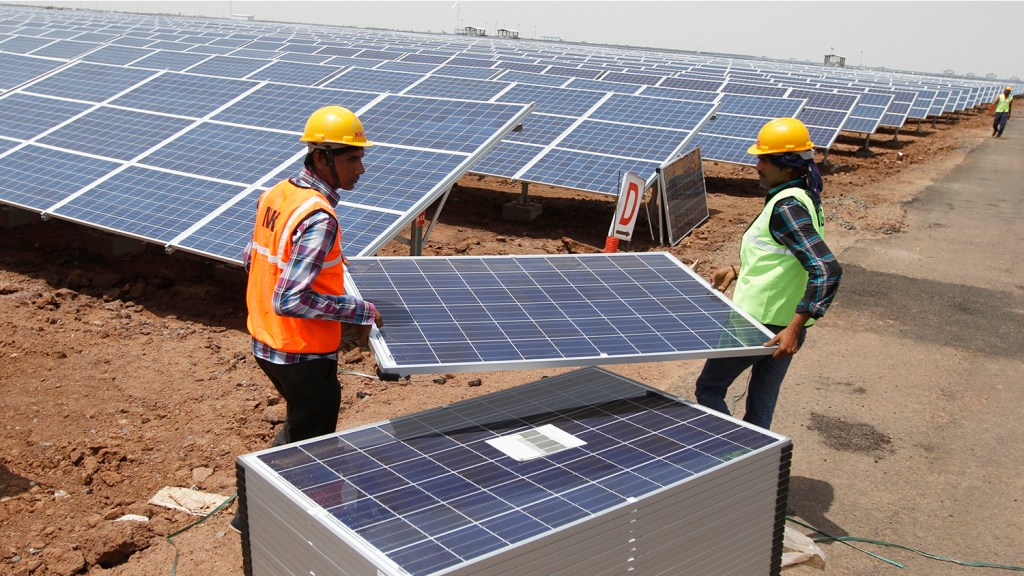 Does the Obama administration care more about free trade than climate change?

Over the last few years, India’s government has rolled out increasingly aggressive goals for ramping up the country’s use of solar energy — an objective that the Obama administration might be expected to support. “For President Obama and me, clean and renewable energy is a personal and national priority,” Indian Prime Minister Narendra Modi said during Obama’s visit to Delhi in January. Problem is, India originally proposed to meet its goals by relying heavily on its own domestically manufactured solar panels, which threatened the U.S. solar industry’s business in India. So, last year, the Obama administration filed a dispute with the World Trade Organization, and last month, the WTO ruled in favor of the U.S. — India’s requirement that a set percentage of its solar panels be made in India violated international trade law and would have to go.

This has outraged environmental groups in both countries, and has become a key point of discussion in a larger conversation about how climate change should affect international trade policies. Activists question why the U.S. government would bother to meddle with India’s renewable energy plans when faced with the sweeping threat of climate change.

“Now that we’re in an urgent moment when governments need to have every tool at their disposal to ramp up clean and renewable energy, it’s the exact wrong time for governments to be turning to the World Trade Organization to try and knock away tools in the toolbox,” says Ilana Solomon, director of the Sierra Club’s Responsible Trade Program. “It’s for India’s government to decide what the balance is for its own domestic energy market.”

Through its Jawaharlal Nehru National Solar Mission, India has set the incredibly ambitious goal of scaling up solar power to 100 gigawatts by 2022, up from an estimated 3 gigawatts at the end of last year. Instead of relying on solar technology to be imported from countries like China and the U.S., which can make panels for less than India’s comparatively small solar industry is able to, the Indian government hoped to use domestic content requirements (DCRs) mandating that a certain percentage of the solar panels and equipment would have to come from manufacturers within the country. This, India hoped, would give a boost to India’s solar manufacturers, providing jobs and, over time, bringing down the cost of the country’s solar technology.

Some 300 million Indians still don’t have access to electricity, and the government has been trying to use its solar policy both to provide clean energy and to generate sorely needed jobs and economic activity. As the U.N. diplomats slog toward a potential climate change deal this December, India has been reluctant to make sweeping climate commitments because it wants to stay flexible enough to bring its people out of poverty. Solar jobs would help.

But American solar manufacturers saw India’s efforts to bolster its own solar industry through DCRs as a threat and turned to the Office of the U.S. Trade Representative. Froman appealed to India to consider alternatives, arguing that the DCRs were not in India’s best interest.

Many analysts do contend that DCRs were not the wisest route for India to meet its solar energy objective. “India wants to achieve 100 gigawatts of solar by 2022. It’s an almost impossible goal, and the domestic content requirements stand right in the way of that goal,” says Varun Sivaram, a fellow with the Council on Foreign Relations and an energy advisor to New York Gov. Andrew Cuomo. “At that point you’ve just got to pick priorities. If you really want a domestic manufacturing sector, this may be a helpful way to do it, but you’re not going to meet your stated goal, which is, ‘We want to ramp up renewable deployment fast.’” He noted that the Indian government could encourage partnerships between Indian companies and American ones to help grow its industry while keeping prices low.

Froman’s efforts apparently didn’t result in a workable compromise, so the U.S. challenged the domestic content requirements through the WTO. That led to last month’s WTO decision: The DCRs had to go. The Indian government says it will appeal the ruling.

Countries use the WTO this way all the time. Ontario, Canada, had its own domestic content requirements for wind and solar until, in 2013, a dispute brought by Japan and joined by the European Union resulted in a ruling that its DCRs were in violation of trade rules. It was soon afterward that the U.S. challenged India’s DCRs. The U.S. also challenged Chinese subsidies for wind, and China challenged a U.S. tariff on solar. (Yes, oddly, at the same time that the U.S. was attacking India’s DCRs as a trade barrier, the U.S was benefiting from its own substantial trade barrier — a tariff on Chinese-made solar panels.) It has become run-of-the-mill for major polluters to use the WTO to knock down other major polluters’ renewable energy policies — tit for tat.

Given the urgency of climate change, environmental groups see these attempts to enforce a trade philosophy as misguided nitpicking. “The world has to move to renewable energy as soon as possible. We need a collaborative effort across the world which will make sure that the transition from fossil fuels to renewable energy is as painless as possible,” says Chandra Bhushan, deputy director of the New Delhi-based Centre for Science and Environment. “But what is happening is that instead of collaborating, in fact countries are fighting as to what is going to happen with climate change. More than an environmental negotiation, it is an economic negotiation.”

Trade disputes don’t have to be the norm, says the Sierra Club’s Solomon. When it comes to renewables, countries don’t have to challenge every potential trade violation by a rival country that they stumble across. “Just because rules might exist on paper in the World Trade Organization, they only have power if governments give them power,” she says. In the past, governments have agreed to avoid disputes in a certain area — like with the so-called “Peace Clause” on agricultural subsidies.

But the U.S. seems to be headed in the opposite direction. Two major trade agreements being pushed by the Obama administration, the Trans-Pacific Partnership (TPP) and the the Transatlantic Trade and Investment Partnership (TTIP), would be among the largest ever, and leaked drafts of the TPP suggest it would not only further empower governments to meddle in other countries’ efforts to scale up renewables but would also allow individual companies to do so through investor-state dispute settlements.

This could lead to a slew of challenges from individual corporations to countries that are trying to cut back on fossil fuel use. We saw an example of how this could play out in 2012, when the Swedish energy company Vattenfall sued Germany for compensation when Berlin announced plans to phase out nuclear energy. Vattenfall owned nuclear plants in Germany and demanded $6 billion in remuneration. By bringing so many countries together under trade agreements, the TPP and TTIP could make this sort of suit far more common. (The U.S. Trade Representative says we have no reason to be concerned.)

As for India, the recent WTO ruling probably won’t have a huge immediate effect. While the WTO was deciding the case, India’s government scaled back its DCRs — possibly in response to continued pressure from the U.S. — freeing up much of the market for U.S. companies to compete in.

But the big picture, for activists, is that the progress being made in the lead-up to U.N. climate negotiations in Paris this December could be undermined by trade agreements that are being negotiated simultaneously. “These two sets of policy negotiations are happening along different paths, and when they do come together and clash, it’s the trade policy that tends to take precedence because it is the more binding and enforceable regime,” says Solomon. The U.S. could choose to set a different course, playing an instrumental role here as it has in other aspects of recent climate change negotiations. “There’s a leadership role that the United States can play by stepping back and saying, ‘This isn’t the time to pursue these cases,’” she says.

Yet as the India dispute shows, the U.S. doesn’t seem to have any intention of curbing trade battles to help fight climate change. Even under Obama, a Democratic president who has spoken increasingly frequently about the threat posed by climate change, trade policy appears to be a bigger priority. And the GOP candidates have made very clear that climate action won’t be a priority at all, so if a Republican takes the White House next year, free trade orthodoxy will trump all.