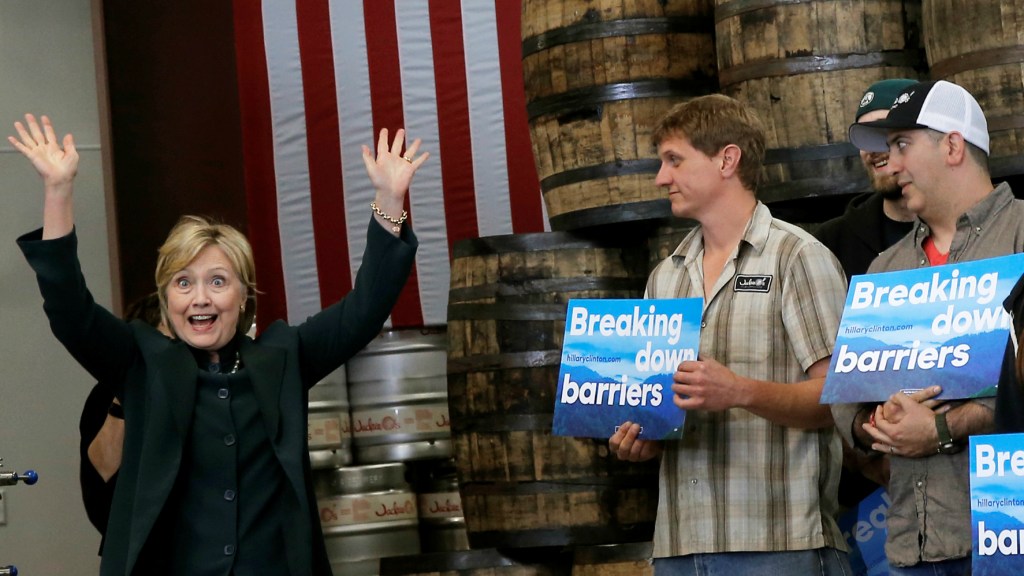 With the West Virginia and Kentucky primaries approaching, Hillary Clinton has been on the campaign trail in the heart of coal country, making conciliatory overtures toward coal miners. That might cause some climate activists to worry — but it shouldn’t.

Clinton’s current effort to reach out to coal workers is aimed in part at defusing a controversy she kicked up in March when she said, “we’re going to put a lot coal miners and a lot of coal companies out of business.” That was a classic “Kinsley gaffe,” named for the former New Republic editor who famously observed that a gaffe is when a politician accidentally tells the truth. If Clinton implements Obama’s Clean Power Plan, as she has pledged to do, that would indeed accelerate the decline of the coal industry, which is already in trouble because of competition from natural gas. She just shouldn’t have said that if she wanted to win over West Virginians and Kentuckians. (At the time, she was focused on winning the votes of climate hawks in more liberal states.) So now she’s trying to reframe the issue.

At a roundtable event last week, a teary-eyed, out-of-work coal miner confronted Clinton about that March comment: “I just want to know how you can say that you’re going to put a lot of coal miners out of jobs and then come here and tell us how you’re gonna be our friend,” he said to her. Clinton apologized for her comment, and said, “I’m gonna do whatever I can to try to help.”

But there’s no reason to think that the “help” she mentioned would mean backing away from her climate agenda. Rather, she was likely referring to the $30 billion plan she unveiled in November to help coal communities transition to a clean energy economy.

Even without her gaffe, Clinton wasn’t doing resoundingly well in coal country. Her $30 billion plan was coolly received by most coal community members when it was released. And with the flight of culturally conservative working-class whites in Appalachia to the Republican Party, the Democratic primary voters in those states are increasingly liberal and pro-environment. That’s why Sanders is expected to win West Virginia’s Democratic primary on May 10, even while Clinton is expected to dominate in Kentucky on May 17.

Ultimately, when the general election rolls around, Clinton won’t need West Virginia and Kentucky to win — and she doesn’t have much hope of winning them anyway, as they’re now reliably red states in presidential contests.  It’s only in the primaries that she has any cause to pander to them. By the time November rolls around, expect the concerns of coal miners to be as long-forgotten as those of Iowa farmers demanding support for corn-based ethanol.