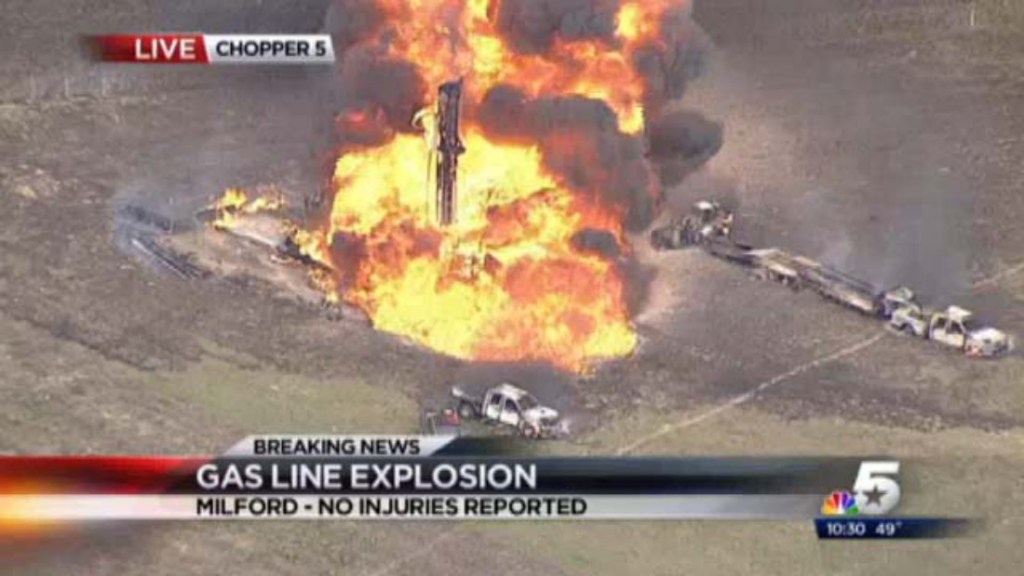 A Texas town an hour’s drive from Dallas was a ghost town over the weekend. Plumes of smoke hung ghoulishly over its sky, visible from more than 25 miles away.

Which company ruined the weekend of the entire town, condemning its residents to crappy nearby hotel rooms? Chevron.

One of the company’s pipelines exploded early Thursday as a Chevron crew was working on it, triggering a long-burning fire and the nearby town’s evacuation. No injuries were reported. From a CNN report on Saturday:

Police required all residents of Milford, which has an estimated population of 700, to leave, after the underground pipeline exploded early Thursday, sending up orange flames stories high, said spokesman Malcolm Ward.

The Chevron oil company asked that the safety measure be taken, the company said in a statement Friday. A jet black plume of smoke has been billowing up towards the clouds. The statement mentioned not wanting to risk exposing residents to possible effects on air quality in Milford.

Most of the residents were allowed to return to their homes on Sunday, but the four families who lived closest to the explosion were required to spend at least one more night away from home. That’s because the fire was still burning — three days after the explosion. Meanwhile, crews were working to ignite residual petroleum gas left in the isolated stretch of pipeline to deprive the flames of fuel.