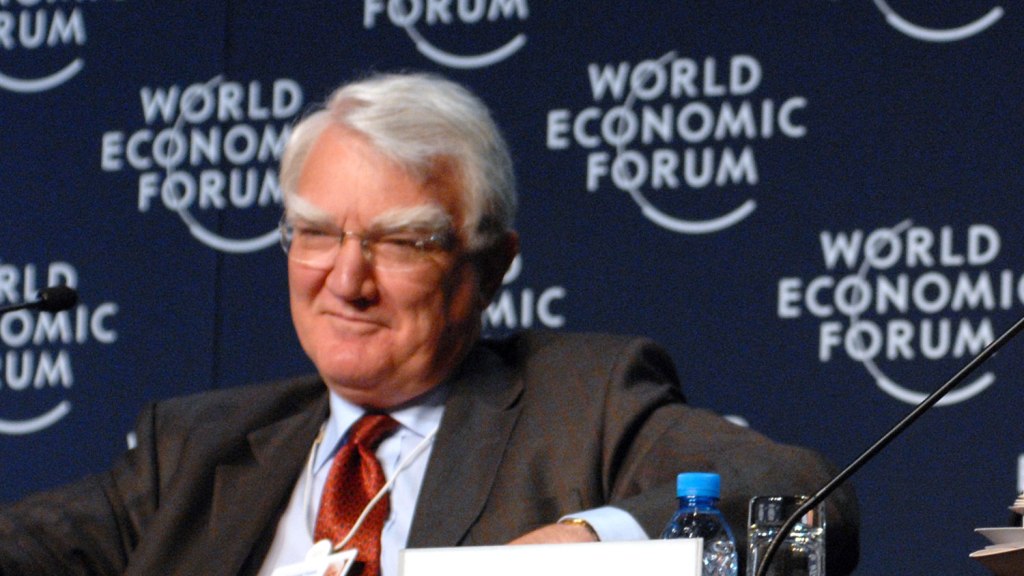 The former chair of Shell is bummed about how the fight against climate change is going. But he’s got a different take on the issue than you might expect, given his CV.

“I find it distressing that 18 years after major oil companies such as Shell and BP acknowledged the threat of climate change and the need for precautionary action, and indeed began to put into place many of the steps needed, the world has made very modest progress in addressing this challenge,” said Sir Mark Moody-Stuart, who hasn’t been involved with the company since 2005. He’s since gone on to chair the mining company Anglo American PLC, and to serve on the board of directors for the consulting firm Accenture, as well as to work with the U.N. Originally trained as a geologist, Moody-Stuart was with Shell for 39 years.

In a speech at an event organized by Carbon Trust, a company that helps organizations reduce their emissions, Moody-Stuart said he also understood where the divestment movement was coming from. According to the British publication Responding to Climate Change:

In contrast to many senior fossil fuel executives he argued the growing divestment campaign was not “without some rationale”, recalling how oil and gas companies ditched coal assets in the 1990s.

“Given the inevitable continued demand for some forms of fossil fuels for some decades to come, divestment of all such holdings is probably not an economically sensible choice for most investors,” he said.

“Selective divestment or portfolio switching certainly is. As in all such choices, timing is critical.”

Oil execs past and present have had a lot to say about climate change lately. Though many oil companies have spent a lot of money to keep governments from enacting a price on carbon, certain players within the oil industry are beginning to strike a different chord. Or, a few different chords: Earlier this week, the CEOs of six major European oil companies, including Shell and BP, sent a letter to the U.N. calling for a price on carbon. But at the same time, Shell is trudging forward with its plans to drill in the Arctic. And many analysts suggested the letter might be more an attempt to nudge coal out of the global energy market — paving the way for more reliance on natural gas, a fuel that oil companies are heavily invested in — than a genuine effort to tackle climate change.

ExxonMobil has called for a carbon tax in past years, but it did not join this week’s letter to the U.N., nor did fellow American oil giants Chevron and ConocoPhillips. Exxon and Chevron have recently been resisting calls from shareholders to avoid tapping more expensive sources of oil in the Arctic, Canadian tar sands, and other unconventional locations. Asked why Exxon was not investing in renewables, CEO Rex Tillerson replied, “We choose not to lose money on purpose.” Ha ha.

So, yeah, oil companies are sort of all over the map on the whole climate-change-is-happening-but-we-can-make-it-less-horrendous-if-we-do-something-now issue. But the discord does seem to indicate that perhaps the ground is shifting. Even so, Moody-Stuart suggested that the momentum was not enough. He predicted the U.N. climate talks will yield some sort of deal later this year, but that it might be too loose to be useful. “This is progress and will doubtless be hailed as an agreement, although one can certainly question whether an agglomeration of diverse commitments can really be hailed as a global agreement,” he said.

Regardless, Moody-Stuart, 74, said, things aren’t changing that quickly. “I am going to be dead well before the end of the oil and gas industry.”