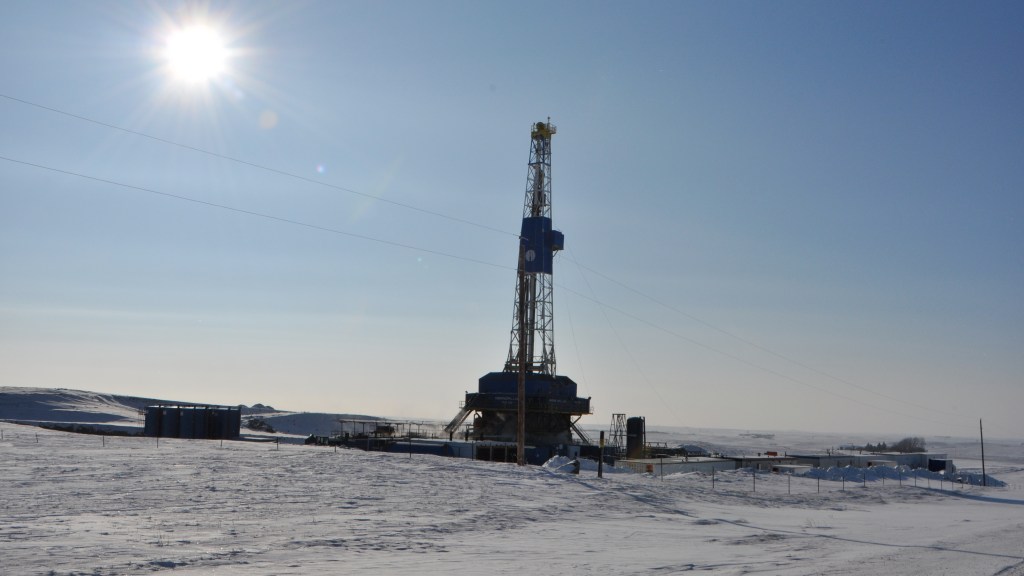 I’ve got good news and bad news. The good news is, this story is about a man named Touché. The bad news is, Touché thinks we could be drastically underestimating the amount of methane that leaks out of industrial fracking operations.

Of course, a lot of people think a lot of things. But Touché Howard is different. He’s a semiretired gas industry consultant who also happens to be the patent holder on the very measuring device that he thinks could be malfunctioning. Here’s the gist from The New York Times:

The problem, according to the author of the paper, Touché Howard, is that the backpack-size tool uses two sensors: one for low levels of methane emissions and one for higher levels. As methane levels rise beyond the capacity of the first sensor, the device hands off to the second, high-level sensor.

Mr. Howard found that under some conditions, unless the sampler is carefully and frequently recalibrated, the switchover from the first sampler to the second can fail. When that occurs, the device does not measure the amount of methane that the second sensor would capture, and so it underrecords methane leakage rates.

Howard published his concerns in the journal Energy Science & Engineering. He wrote that unless there’s a backup device operating at the same time, there’s no way to account for the missed methane, which, for especially big leaks, could be ten or a hundred times the amount that gets reported.

If Howard’s claim holds true, it calls into question a major study on methane leakage funded by the Environmental Defense Fund back in 2013. David T. Allen, a professor of chemical engineering at the University of Texas and lead author on that study, told The New York Times that he thinks their results are still valid:

“There may be issues with some of these instruments, but we tested our instruments pretty thoroughly and when we went out into the field we had multiple instruments, all of which gave us information,” he said. Alternate measurement methods were used at some sites, he said, and “we didn’t see any evidence that we were missing any large numbers.”

Meanwhile, the company that makes the instrument has already said it will update its user manual to recommend frequent recalibration, The New York Times reports.

Methane is a nasty greenhouse gas. It doesn’t stick around in the atmosphere as long as CO2 does, which is good, but it’s 72 times more potent than CO2 over a 20-year time period, which is bad. So if the fracking industry doesn’t clean up all these leaks, it’s going to stop looking like such a nice little bridge to the clean energy future.