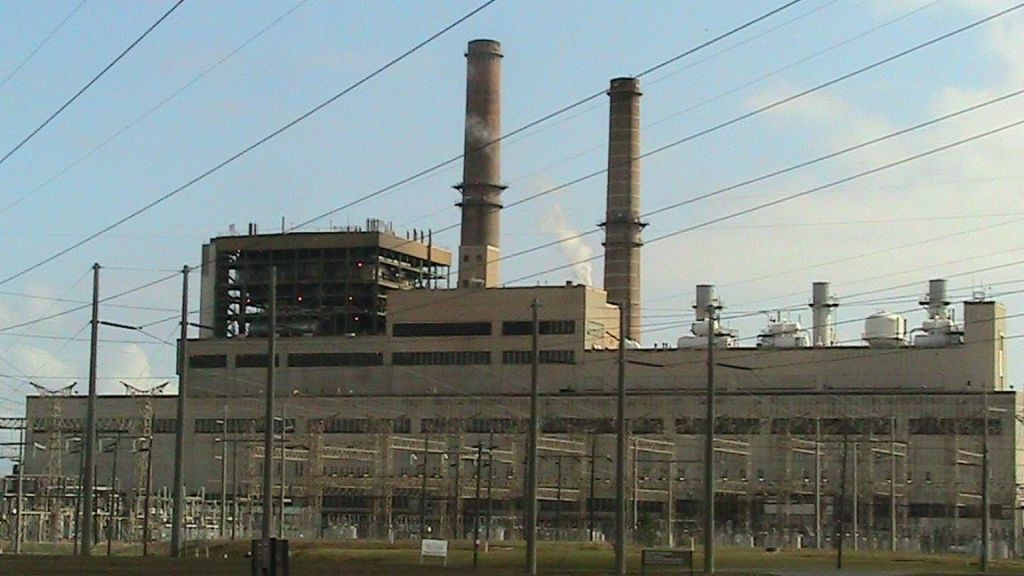 Coal continues losing at life, this time in Mississippi where environmental and civil rights activists have forced utility giant Southern Company to significantly scale back its plans for expanding fossil-fuel energy plant production across the Delta region. Advocates from the Sierra Club have negotiated a remarkable deal on behalf of residents who’ve lived too long with coal pollution. Southern has agreed to:

This is a big freaking deal not only for the residents, but for the environmental justice coalition that forged this treaty. The NAACP’s climate justice director, Jacqui Patterson, explains:

They said it couldn’t be done. In a state which has one of the highest ratio of electricity bills over average income; In a region where fossil fuel giant Southern Company wields an economic and political stronghold; In a state where voter disenfranchisement is so rife that, though the population is 48% African American, the Public Service Commission which is the steward of energy policies related to utilities, has never had a black commissioner; In a region where much of the energy/climate related funders consider it to be a lost cause because they consider the Southeast, with the exception of Florida and North Carolina, to be a political dead zone for any hope of progressive energy policy; and in a state where years of efforts by the environmental community was faced with crushing opposition that has stunted and progress on energy efficiency or clean energy policy.

Patterson and I recently wrote about the importance of public utility/service commissions in the clean energy and equitable energy policies.

The agreement grows out of a lawsuit challenging the construction permits for a plant the company is building on the easternmost border of Mississippi, slated to be the first large-scale “clean coal” plant in the nation. The Sierra Club agreed to drop its lawsuit in exchange for the concessions above.

The Kemper plant will convert a soft coal product called lignite into gas for energy, stripping out carbon dioxide and other hazardous chemicals in the process and pumping them underground throughout Mississippi.

In April, Bloomberg news called the Kemper gasification experiment the last “best hope” for coal, given new climate change regulations imposed by the Environmental Protection Agency are pushing the pollution-intense coal industry to clean up or close up shop. It’s not looking good so far.

Originally supposed to cost roughly $2.5 billion to get up and running, the costs have now run well past $5 billion — much of that funding from U.S. Department of Energy. Many environmentalists don’t trust that the carbon captured and sequestered underground will stay underground, and are concerned about how hazardous elements will affect groundwater and soil.

Bloomberg points to a carbon dioxide blowout in 2011, in an oil field right near where the Kemper plant wants to pump its gas into the ground. “There is no such thing as carbon-dioxide sequestration in an oil field,” oil worker Thomas A. Blanton told the news service. “It’s a myth.”

To make matters worse, the Kemper plant is being built near a juvenile detention facility in Meridian, Miss., that has been the poster-child of the “school-to-prison pipeline” crisis, which the Department of Justice and civil rights groups are working to dismantle right now. If the mostly poor and black kids shipped to that juvy hall thought they had problems before, wait ’til they have live with the big coal experiment next door.

While that “clean coal” drama plays out, environmental justice advocates are celebrating the fact that less coal will be burned at Southern’s other plants, which the Sierra Club says will lead to “huge overall reductions in air pollution that will lead to fewer asthma attacks in children, fewer emergency room visits and improved quality of life for hundreds of thousands of people.”

“This victory is important not only for those of us living within a 30-mile radius of [the coal plants], but for the people of Mississippi,” said Kathy Egland, a member of the Gulfport NAACP, “and in the aggregate, ultimately has implications for our entire global ecosystem.”