Five years ago today, I was standing on a dock, staring at cellophane blemishes on the face of the waters of the Bayou Sauvage, traces of oil seeping from wells and drilling activity not far away. I was on a tour of the wildlife refuge led by environmental advocates in New Orleans who were stressing the point that fossil fuel extraction threatened this critical habitat. That’s when I got a news alert text on my phone about what was at the time called an oil spill “incident” or “leak” out in the Gulf of Mexico.

I brought it to the attention of those leading the tour, whose response was more sober than alarmed. I had just moved to New Orleans maybe a year before, but I got the sense from their reaction that they were used to hearing those kinds of alerts. We didn’t know at the time that what had actually just happened was the worst environmental disaster in U.S. history. We didn’t know that it was actually an explosion on BP’s Deepwater Horizon drilling rig that claimed the lives of 11 people and would go on to spill close to 5 million barrels (210 million gallons) of oil into the Gulf over the course of three months.

We didn’t actually know that this was an emergency event until days after the explosion, mainly because BP worked hard to dupe the public into believing that this was a minor thing — a spill no different than the ones Gulf Coasters were used to. The company branded the disaster as an “incident” or an “accident,” just one of the unfortunate costs of doing business. Anything but what a federal judge ultimately found, which is that BP was actually liable for “gross negligence” and “willful misconduct” last September — language confirming that there was nothing accidental about this.

Today, after BP has spilled tens of billions of dollars on the Gulf region, looking to “make it right,” and after protracted court battles through which BP has been trying to recoup some of that money the critical question is, what will it take to fully restore the Gulf ecosystem, including its people? It’s an important but difficult question to answer because the damage from the disaster is ongoing even today. A few lingering problems have been identified by a group of major conservation groups, including National Audubon Society and National Wildlife Federation, that should concern us:

On top of that there’s the untold number of Gulf Coast residents who were involved in the oil spill’s clean up, or who were heavily exposed to the dispersants sprayed to break up the oil, who continue to exhibit health problems. There’s also the countless fisherfolk and workers who’ve either been under-compensated by the BP claims settlement process, or who’ve yet to be compensated at all. 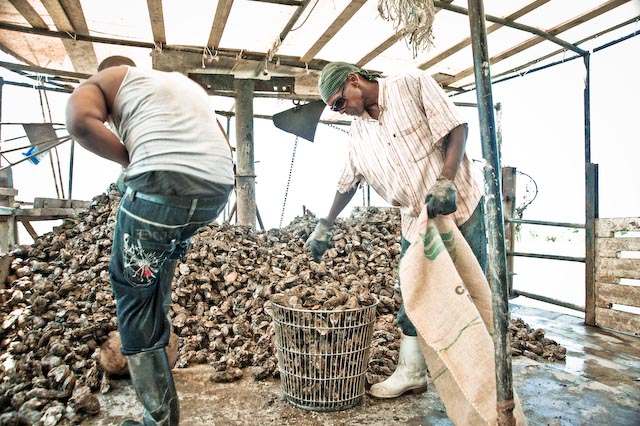 So how do you make the Gulf and those who live off it whole after this continuation of tragedy? There are five primary venues for finding answers to that question:

The National Oil Spill Commission: In the disaster’s wake, President Obama created a commission to investigate all that went wrong with in the lead-up to, and the aftermath of, that tragic event. That investigation yielded a comprehensive report that faulted the entire oil industry, the Obama administration, and Congress for fostering a culture where safety and precaution was tossed to the wind for drilling operations. The commission produced a bunch of recommendations for changing that culture, most of which have been ignored. For oversight, President Obama got rid of the corrupt Minerals Management Service and replaced it with two new bureaucracies, which have done some tightening around safety policies. The oil industry will tell you that they’re doing some better self-policing, also. But the new safety regime doesn’t seem to have blunted, or noticed, another oil problem that the Associated Press recently found, where roughly 90 gallons of oil have been leaking into the Gulf per day since 2004.

The RESTORE Act: One of the few bright spots to come out of the BP disaster was the coming together of hundreds of grassroots advocates, Gulf residents, and environmental organizations to determine how to spend the money BP was forced to pay in fines. The law at the time dictated that those funds would go to U.S. Treasury for general purposes. However, groups like the  Gulf Coast Fund for Community Renewal and Ecological Health and the Gulf Restoration Network successfully pulled off a mammoth effort to have new legislation passed — the RESTORE Act — which sends the money to the states directly impacted by the disaster. It was a step in the right direction, but there are already some early indications that the states may have some designs in mind for the money that the people who pushed for the legislation do not agree with. For this reason, Gulf groups are pushing for more transparency from states and the federal government on how they plan on using the RESTORE money. 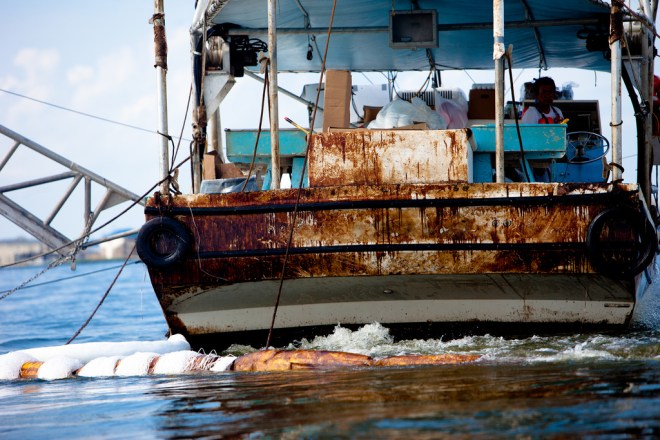 Litigation — When BP was ready to start paying for the lives it helped ruin, President Obama appointed disaster czar Kenneth Feinberg to oversee claims payments and settlements. In his first year and a half, Feinberg settled with over 220,000 people and businesses, to the tune of $6.5 billion. The current claims administrator, Patrick Juneau, has since approved another $5.4 billion in payments to victims. BP also doled out $4.5 billion in criminal penalties to the federal government in 2012. But there are still billions of dollars to be paid to individuals and businesses that BP is stalling on through constant court challenges to the claims process and Juneau, who the court appointed to take over that process from Feinberg. BP has been pulling the fraud card, arguing that a bunch of people who don’t deserve compensation have been granted claims. That may be true in some cases, but then you have fisherfolk and oystermen who’ve been essentially erased because BP believes the seafood industry has fully recovered. Maybe some parts, but that has not been the case for many oystermen. 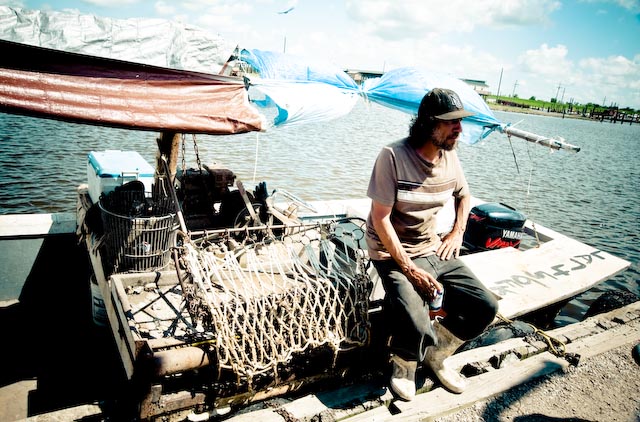 The Natural Resource Damage Assessment — This is the process where scientists (NRDA trustees) are taking a broad examination of all the impacts from the BP disaster on wildlife, trees, birds, bees, beaches, and waters. They are placing price tags on each, signaling how much they’ve determined it will cost to make them whole. At the end — and we’re a long way from the end — NRDA trustees will send BP the bill. There are about 54 early restoration projects already in the pipeline, at a total cost of roughly $700 million. But some of that money is already being put to use for things that have nothing to do with restoring the Gulf ecosystem. For example, Alabama is using $58.5 million for a new beachfront convention center. This is, in part, why Gulf groups are losing faith in the restoration process and are calling for more sunshine from policymakers.

National Institute of Environmental Health Sciences study — Often lost in the BP disaster discussion are the impacts on human health. At first, BP refused to acknowledge that they existed at all. NIEHS scientists are about halfway through a 10-year survey of thousands of people who worked in oil cleanup immediately after the disaster. So far, their results show that those workers have reported suffering physical and mental health symptoms, like depression and anxiety. Among other things, they’ve also found that many of the workers’ social environments have “impacted their ability to cope with disasters or negative health outcomes.” 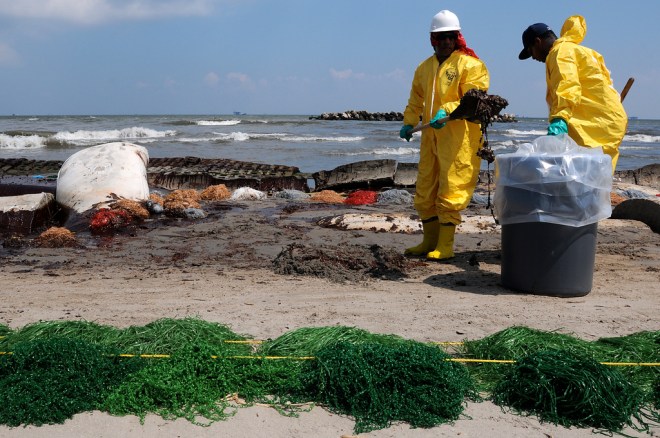 Some of the mental exhaustion found by the NIEHS researchers comes not only from dealing with exposure to toxic chemicals, but from dealing with the claims process. When David Hammer, investigative reporter for WWL-TV in New Orleans, mentioned this to Feinberg in a recent interview, the former claims czar responded, “I’ve never seen any evidence of duress.”

Really? Because I was there in the makeshift claims processing centers, where I saw BP officials stressing out Vietnamese and Latino victims by not having non-English written materials and pressuring others of low literacy and resources to sign off on settlement documents they couldn’t possibly fully understand in the heat of the moment. I also saw lawyers and advocates from the Gulf Coast Center for Law & Policy, Advocates for Environmental Human Rights, and New Orleans Workers’ Center for Racial Justice putting in 12 to 15 hours a day helping read, translate, interpret and process claims applications for the victims. This was all in plain sight, across the coast. You would have had to go way out of your way to not see this duress.

And if you didn’t see it personally, then you can easily hear it directly from those who’ve been suffering since the disaster, in videos and stories shared by Bridge the Gulf, StoryCorps, and the Community Voices Project. Cherri Foytlin walked all the way from her home in Louisiana to Washington, D.C., a few years ago to draw attention to the suffering. And she hasn’t stopped marching. Just last week, she and other Gulf activists were thrown in jail when they went to BP’s U.S. headquarters in Houston to ask officials questions she gathered from Gulf residents still reeling five years after the disaster. It’s not the first time she’s been arrested for confronting BP, but it was the first time that she resisted arrest, she told me by phone, now out of jail.

“It’s past that time of any kind of acceptance of this kind of system,” said Foytlin. “I wish I could say this was the only time that BP was a bad actor, but they have human rights violations around the world. They’re a corporate killer, so it required a certain type of response.”

Many of the statements released from the entities I listed above have pointed to progress made since 2010, particularly around safer drilling and how the Gulf economy is recovering. Before the recent plunge in oil prices, some of our restoration trustees were boasting how there have been more active drilling rigs in the Gulf than before the explosion. Just months before the BP disaster, President Obama decided to expand offshore drilling in the Gulf. Today, he’s looking to expand offshore drilling in even more areas, including the Arctic. Somewhere in the BP-Gulf equation it’s been lost that our fossil-fuel dependent system is clearly not safe for the planet, the ocean, nor the people who live off them.

I asked Foytlin what full restoration looks like to her, as one of the most battle-weary in the region in fighting BP, and as one who has mobilized hundreds, if not thousands, of people overlooked in the recovery.  Her first response was that BP needed to “come clean” — admitting to all of the damages instead of rushing to advertise that all’s well in the Gulf — and that everyone needed to be fully compensated, especially the most vulnerable. Her last request was for a just transition to a clean energy economy in the South. Citing the RESTORE money, she said she would “love for some of that money going to infrastructure that wouldn’t allow for spills to happen in the first place.”

Meaning, Gulf residents should be able to enjoy the water without the threat of oil looming just above and below the surface.