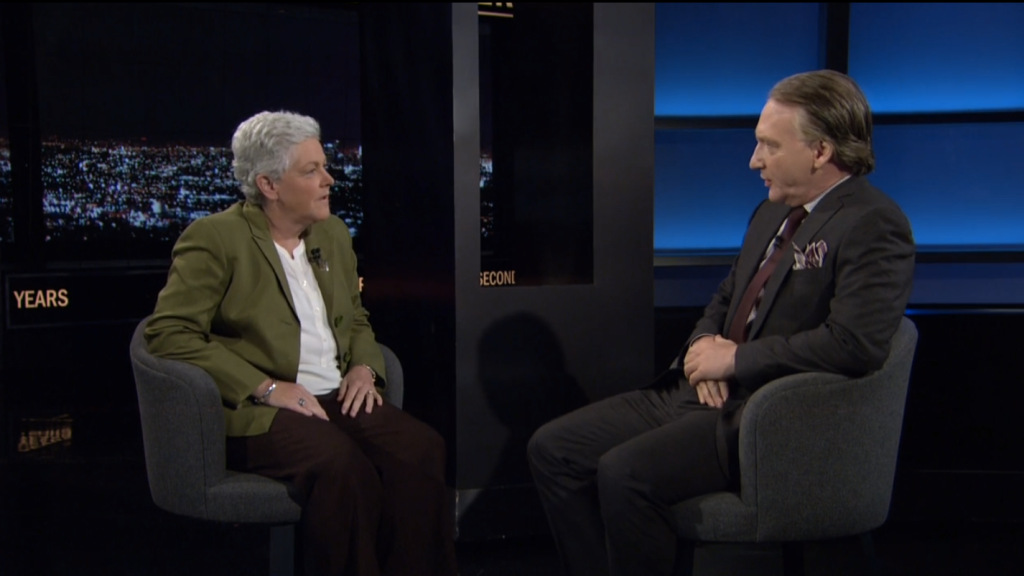 “I know!” you’re thinking. “A dwarf murdered his father on the toilet with a crossbow! Siblings had sex with each other! A paraplegic used psychic powers to fight off inexplicably enraged skeleton snow zombies!” (Spoiler alerts, whatever.)

To which I say: SNOOZEFEST! Unlike everyone else writing on the Internet today, I’m actually not talking about Game of Thrones. EPA administrator Gina McCarthy went ahead and all but declared the Obama administration’s war on coal on Real Time with Bill Maher. Admittedly, that declaration came with some prompting, and with a fuzzy pronoun reference that makes it possible for her to say she did nothing of the sort. See for yourself:

Maher: Last week Obama announced the Clean Power [Plan]. Some people called it “The War on Coal.” I hope it is a war on coal — is it?

McCarthy: Actually, EPA is all about fighting against pollution and fighting for public health. That’s exactly what this is. Exactly.

[Raucous audience applause, smiles all around.]

This is something we can all be happy about, right? Conservatives are happy because they think they’ve nabbed McCarthy in an admission that will hurt Democrats in the next election cycle. The rest of us are happy because, come on, coal sucks! It spews CO2, poisons already struggling communities, and can end up in your Christmas stocking at the whim of some guy who hangs out in your house’s exhaust system. Why haven’t we declared war on it already?

As Maher points out, Republicans have long been touting coal as a great economic boon for Americans:

Maher: When [Obama] announced [the Clean Power Plan], I think it was Mitch McConnell who said this is a “dagger in the heart of the middle class,” and John Boehner said it’s a “sucker punch to the average family.”

But the “average” American does not work in a coal mine. In fact, a minuscule 0.06 percent of the American labor force is concentrated in coal mining, as Paul Krugman pointed out in the New York Times last week. The industry has been mechanized and streamlined to require relatively little human labor, thanks in large part to strip mining.

And that’s not because coal is on the decline, either. To the contrary, in fact: Just today, the BP Statistical Review of World Energy reports that coal’s share of global energy consumption is 30.1 percent, higher than it’s been in 40 years. The growth rate of coal consumption in 2013 (3 percent) is lower than the average over the past 10 years (3.9 percent), but it’s certainly not a move in the right direction. The U.S. Energy Information Administration estimates that domestic coal production will grow by 3.4 percent this year to keep up with growing demand.

So McCarthy’s kinda-declaration-of-war comes not a moment too soon. In fact, some would argue that it’s long overdue. But when it comes to staving off climate change, we’re firm believers in “better late than never.”

Right now, the full interview is only available to HBO subscribers. But watch the clip below to hear McCarthy’s battle cry, so to speak: