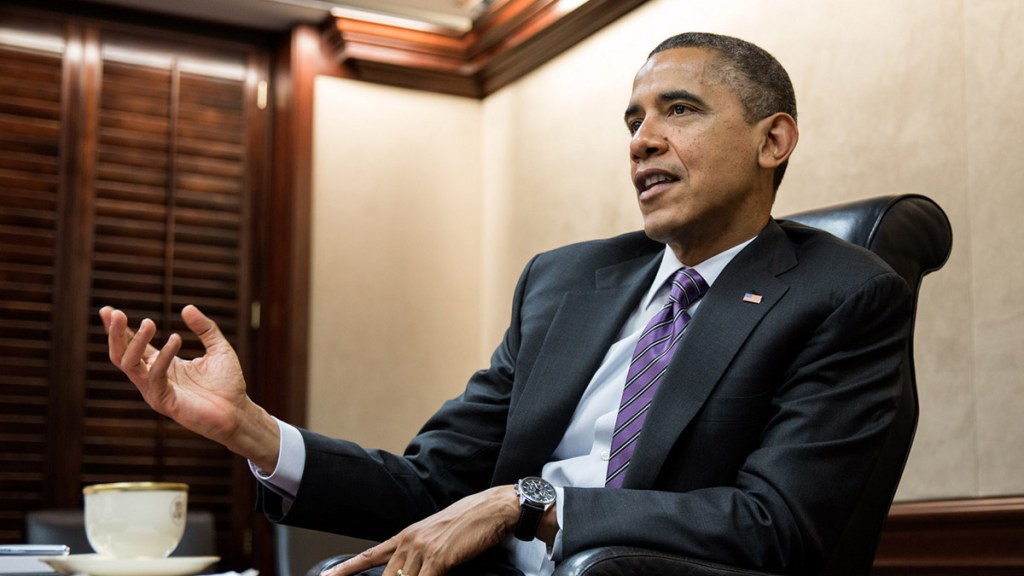 Obama’s chief climate negotiator, Todd Stern, has outlined the kind of global deal he might press for at the big U.N. climate conference in Paris in December 2015 — a summit negotiators have pinned their hopes on for finally hammering out a deal to reduce emissions. And while a plan is better than no plan, this one’s not as strong as many climate hawks would hope.

The plan Stern outlined during a speech at Yale earlier this week — a plan first suggested by New Zealand — would legally require countries to pledge to cut their greenhouse gas emissions to hit a 2025 goal. It would also legally require countries to periodically report to the international community how much progress they’ve made toward their goal. But it would not tell countries what their goal should be, nor would it legally require them to actually hit it. In August, Obama administration officials described this type of plan to The New York Times as a way to “name and shame” the world’s biggest emitters.

The danger of this kind of approach is that big-time polluters might commit to a target at the U.N., but then, faced with the realities of their own domestic politics, do little to reach it. “Shame” might not be enough of a deterrent for those nations struggling to keep their word.

So: Imagine telling your friends you’ll cut back on eating ice cream, detailing for them your plan to cut your ice cream consumption — and then, a week later, telling your friends, around a mouthful of ice cream, that you may not be able to keep your pledge. Your decision not to stick to your plan, and to face your friends’ shaming, would be informed by how much you care about your friends’ opinions, and how addicted you are to ice cream — just as big emitters’ decisions to hit their targets would dependon how much they care about international opinion and their ability to shift off of fossil fuels.

Stern acknowledged that this sort of nonbinding agreement will have some detractors. But there are benefits too! he said. For one, it would prevent big polluters from opting out, as happened with the 1997 Kyoto Protocol. Stern:

Another reason the U.S. would be interested in avoiding a legally binding climate agreement is that such an agreement would likely have to be ratified by a two-thirds majority in our Senate. And that just won’t happen. Even if Democrats retain control of the Senate in next month’s midterms, there would still be too many climate change–denying conservatives who would get in the way of a treaty. As Grist’s Ben Adler wrote in August:

In theory, this means that 34 senators, representing as little as 7.5 percent of the American public if they come from the least populous states, can block any global action on climate change. The U.S. is the world’s biggest economy, and many other big nations won’t join an agreement if we won’t.

For the world to have any hope of reaching an agreement on greenhouse gas emissions, Obama’s negotiators will have to circumvent congressional Republicans. Stern’s agreement will have to be carefully constructed to dodge the Senate.

The approach is similar to the one Obama has taken domestically, using executive action via the EPA, instead of pushing legislation, which could make bigger changes to environmental policy but would inevitably die in today’s Congress. These executive actions — such as efforts to control power plant emissions and vehicle emissions — will also give the U.S. more authority in upcoming negotiations, Stern said.

Negotiators will be working on this plan further at the U.N. climate summit in Lima, Peru, this December, and hope to have the new agreement hammered out ahead of the 2015 Paris summit. Many are looking to that summit in 2015 as the last chance to reach the no-more-than-2-degrees-Celsius-of-warming target that scientists have put forward to avoid some of the really awful effects of climate change — and that, despite 20 years of climate negotiations, is still gradually slipping away.