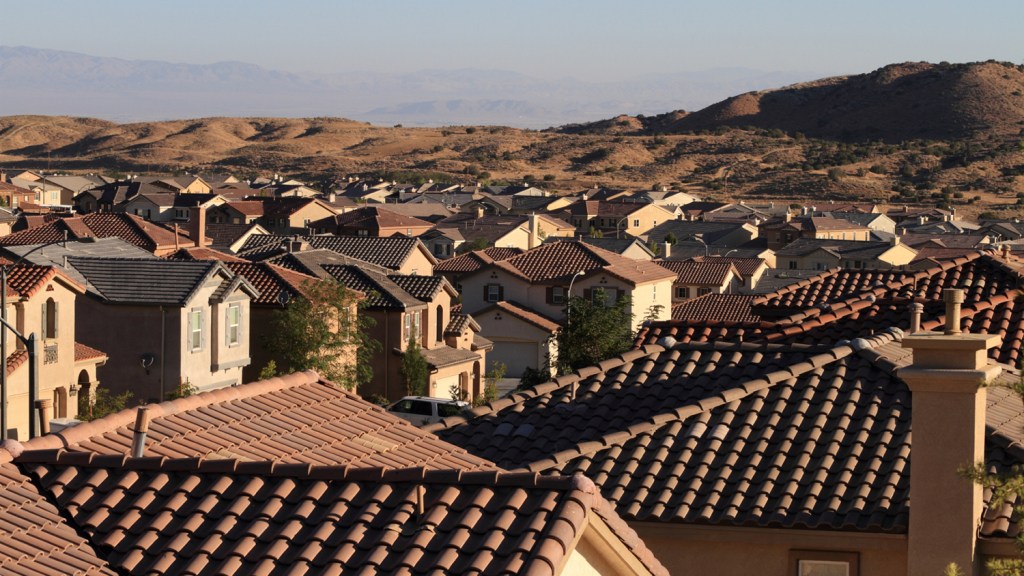 California came close to passing really ambitious climate change legislation last week, only to step back at the last minute. The original version of the Clean Energy and Pollution Reduction Act, passed by the state Senate and backed by Gov. Jerry Brown (D), set three goals to be achieved by the year 2030: cut the state’s gasoline consumption by 50 percent, require electric utilities to generate 50 percent of their power from renewables, and make buildings 50 percent more energy efficient. Unfortunately, lawmakers had to drop the gasoline provision, the most aggressive of the trio, to get the bill through the state Assembly, even though the Assembly is heavily controlled by Democrats.

There’s a sobering lesson in this: Overcoming the entrenchment of the fossil fuel economy is incredibly difficult in even the most liberal of states. In this case, the mandate to cut gasoline failed because Big Oil has so much political power, but also because sprawl has trapped voters in a cycle of car-dependence.

California is particularly susceptible to the influence of the oil industry because the state is home to many oil wells and refineries. And because California is the nation’s most populous state, a big cut in California’s oil usage would mean a big cut to Big Oil’s bottom line. That won’t do — the industry has to keep its users hooked. So oil companies spend an extraordinary amount on political donations and lobbying in Sacramento. A 2014 report by the ACCE Institute and Common Cause, entitled “Big Oil Floods the Capitol: How California’s Oil Companies Funnel Funds into the Legislature,” spelled out just how much:

Key members of Big Oil are some of the largest corporations in all of California, including Chevron, Exxon, Aera Energy and Occidental Petroleum. And these big corporations spend big time. Over the past 15 years, Big Oil spent a whopping $143.3 million on political candidates and campaigns. That’s nearly $10 million per year. …

Big Oil employs high profile, high powered lobbyists to ensure their interests are represented. In the past 15 years, the price tag for these lobbyists has totaled $123.6 million. In 2013-2014 alone, the top lobbyist employer, Western States Petroleum Association, spent $4.7 million.

But petroleum’s entrenchment is also simply endemic to places that have developed in a car-dependent sprawl model. That means the entire Sun Belt from Miami to L.A., suburbs everywhere, and older cities — from Hartford, Conn., to Detroit to Memphis — that were built or retrofitted to accommodate cars.

California, like the rest of the West, was largely developed after the advent of the automobile. Unlike some of its Western neighbors such as Nevada, California actually has a few walkable cities: San Francisco, Berkeley, parts of Oakland and L.A. But most of its cities and neighborhoods are designed for cars: winding, often sidewalk-less roads; highways that cut off smaller streets; houses hidden behind garages; businesses surrounded by parking lots. Except for San Francisco, California’s cities are less dense than major East Coast Cities: L.A. has 70 percent fewer people per square mile than New York City, and 20 percent fewer than Washington, D.C., and San Diego is only half as dense as L.A.

And much of the sprawl in California is unplanned, so it’s more difficult to serve with transit than other places that are equally dense but with better planned layouts. In a traditionally planned city, density is highest at the core where the office buildings are concentrated, and it slides downward like a tent from a pole. But in L.A. and San Diego, jobs and housing are more dispersed throughout the region, making it difficult to build a hub-and-spoke subway system that can serve as many people as efficiently as D.C.’s Metro or Chicago’s El.  Portland, Ore., is surprisingly low-density — barely denser than San Diego — but it has a higher share of trips made without a car than both L.A. and San Diego.

Thanks to California’s mild climate and relatively clean energy portfolio on the one hand and its sprawl on the other, a higher proportion of its emissions come from driving than in the nation as a whole. Transportation accounts for 37 percent of California’s greenhouse gas emissions, as compared to 27 percent nationally.

So for California to reduce its greenhouse gas emissions 80 percent from 1990 levels by 2050 — the goal set by Brown’s predecessor, Arnold Schwarzenegger, and widely agreed to be necessary to avert catastrophic climate change — will require huge cuts in gasoline consumption. That will mean changing California from a driving-dependent state to one with a wider and cleaner array of transportation options, and that’s a huge undertaking.

Precisely because California has already been built up in such an auto-centric style, reluctance on the part of voters and politicians is especially hard to overcome. Everyone — from individuals and businesses to towns and counties — has bought into the status quo. They’ve built houses, streets, big-box stores, office parks, and highways. People have gotten used to finding ample parking wherever they go, and they are unaccustomed to transit. Even for those who would prefer smart growth in the abstract, the idea of changing from where they are today is unsettling. Retrofitting isn’t just harder than building the right way from scratch for technical reasons, it’s a heavier lift politically.

One particularly efficient way of reducing gas consumption would be to raise the gasoline tax, something Brown also wanted but didn’t get out of the legislative session. But for a lot of Californians, paying more at the pump is completely unappealing. And even more terrifying is the thought, irrational though it may be, of not being able to get gas at all. In the American suburb, that’s a dystopian nightmare, like Mad Max come to life.

Even though the climate change bill itself would not have raised the gas tax, the mere thought of government action to reduce gas consumption frightened people — and their representatives. “I think it was [fear of] rising gas prices and what the oil industry used as the threat of gas rationing” that killed the gasoline provision in the bill, says a California state Assembly staffer.

The Clean Energy and Pollution Reduction Act, as passed by the Senate and initially introduced in the Assembly, laid out the ambitious goal of halving gasoline consumption but didn’t lay out a clear plan for achieving that goal. The bill’s authors might have thought that would be more politically palatable than prescribing the policy implementation in detail, but the strategy ended up backfiring. The vagueness let the oil industry mislead the public about what the gasoline provision might entail. “There was a lack of specificity from the Senate about how we could possibly achieve this reduction,” says the Assembly staffer. “That was a strategic mistake. That left an opening for the oil industry to come in with a multi-million-dollar TV campaign saying, ‘How are we possibly going to do this?'” Indeed, Big Oil aired ads calling the bill the “California Gas Restriction Act of 2015” and sent out mailers claiming it would lead to “gas rationing to control when families can fill their tanks, surcharges on non-hybrid mini-vans and SUV’s, [and] penalties and fines for drivers who use too much gas.”

If Californians are to overcome their anxiety about losing access to plentiful and cheap gas, they will have to feel like they have other transportation options. When the state’s leaders try again to scale back gasoline consumption, they should offer more details as to how denser, mixed-use, bike- and pedestrian-friendly, transit-oriented development can gradually replace the status quo. Maybe such a bill will pass, but it won’t be easy.