How dirty is your air? This map shows you 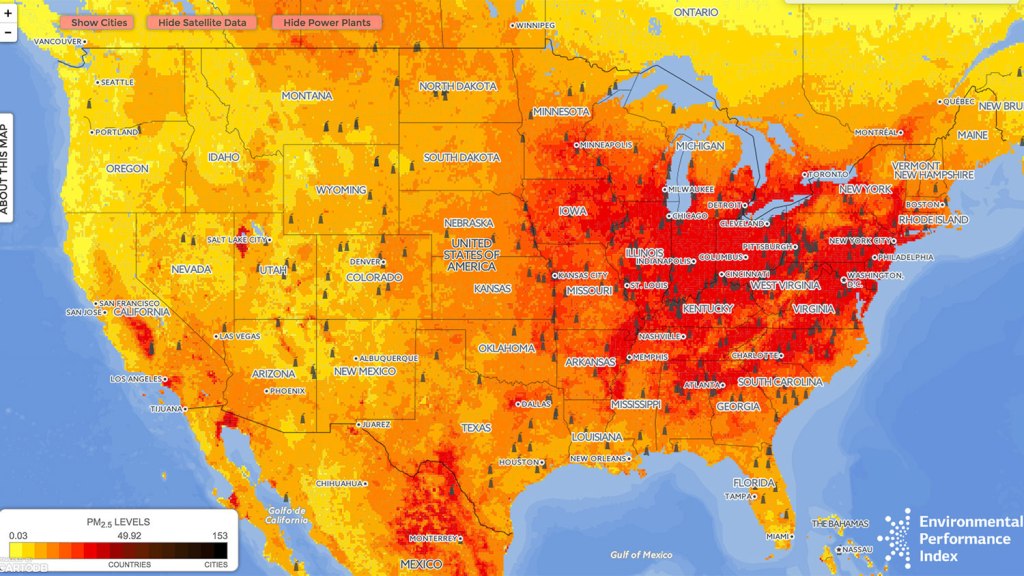 How dirty is your air? This map shows you

President Obama’s Clean Power Plan, released this week, is arguably the most ambitious effort ever untaken by the U.S. to fight climate change. But it will also create enormous public health benefits by cleaning up the air people breathe, saving thousands of lives annually in the U.S.  Air pollution in some U.S. cities has in fact gotten worse over the past decade.

Our map, below, shows air pollution problem spots not just in the U.S. but around the world. It color-codes high-resolution air pollution data (specifically, fine particulate matter or PM2.5) from ground level (data reported by the World Health Organization) and from the atmosphere (satellite-derived estimates calculated by researchers at Dalhousie University). Regions shaded in black are exposed to very unhealthy or hazardous levels of particulate matter, and dark red to red represents unhealthy amounts, using classifications from the EPA’s Air Quality Index thresholds. The areas with safe air quality are colored yellow to orange. We also include locations of the world’s dirtiest power plants, according to Carbon Monitoring for Action (CARMA).

The map illustrates some clear trends:

The Clean Power Plan has brought out a powerful set of opponents. If it’s to survive, it will need public support. Knowing where air is most polluted and why is a first step toward tackling poor local air quality and global climate change. Our map makes air pollution’s worst hotspots public knowledge, showing in high-res clarity the nation’s dirtiest air and the power plants that are the main culprits.

Angel Hsu, PhD, is an assistant professor of environmental studies at Yale-NUS College and the Yale School of Forestry and Environmental Studies. Alisa Zomer is a research fellow and manager of the Yale Environmental Performance Index. The map was built by David Wong, a computer science major at Yale College, from a map our group originally featured in The Atlantic in June 2014.