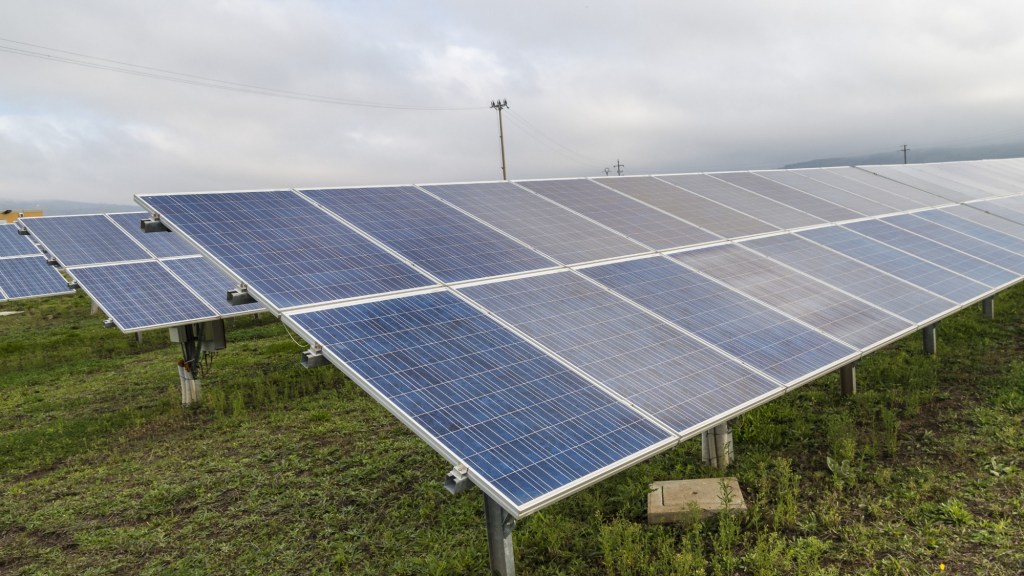 A rural cooperative is about to cook up Iowa’s biggest solar array — in the aptly named community of Frytown.

The local board of supervisors recently rezoned nine acres of land owned by the Farmers Electric Co-op, which is planning to build a 500-kilowatt array at the site. Co-op officials say construction could be finished by March, meeting 15 percent of the power needs of its 600 members in eastern Iowa.

“It keeps our money local,” said Warren McKenna, the co-op’s general manager, according to The Daily Iowan. “We’re not sending our money up to the larger companies. [It] saves everybody money.” Johnson County planning and zoning official RJ Moore said the solar farm would be the only one of its kind in the state.

Pushing the renewables envelope isn’t new for the co-op, as The Iowa City Press-Citizen reports:

Founded in 1916, Farmers Electric Co-op has been investing in solar power since 2008 when the cooperative installed solar arrays at Township Elementary and Iowa Mennonite School for renewable energy and educational opportunities. A third array is planned for Pathway Christian School near Kalona as well.

Next came the solar garden, which allows residents to purchase solar panels — at a reduced cost — in the cooperative’s growing solar array behind the company’s main building. The value of power generated on the panels is then deducted from the customer’s electric bill.

Maria Urice, a consultant who helps coordinate and market the cooperative’s renewable and energy efficiency efforts, said the solar garden was an immediate success.

“We offered 20 (panels) and they were sold out in less than a week,” she said. “We ended up tripling the offer.”

Another initiative allows residents to purchase and install site arrays near their businesses, farms or homes. Again, the power generated replaces electricity used on the property.

This isn’t the only happy energy news in the area. Facebook recently announced that a data center being built in Altoona, Iowa, 100 miles west of Frytown, will be powered entirely with wind energy.