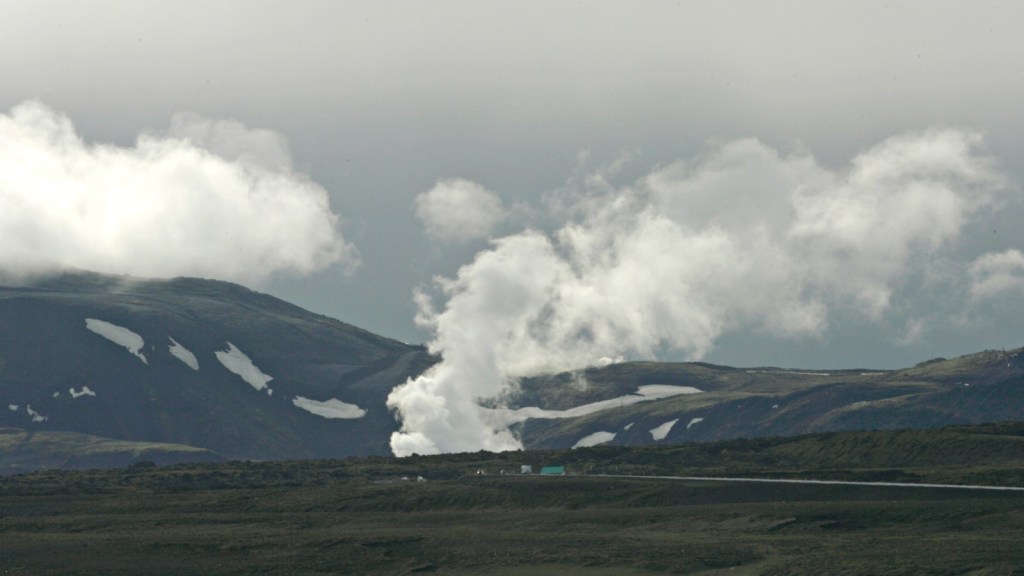 Carbon dioxide is a problem. And everyone knows the best thing to do with problems is bury them deep in the ground and forget they ever existed.

Practical-minded environmentalists and coal sympathizers alike have long touted carbon capture and underground storage as a low-emissions way to help the world’s economy wean itself off fossil fuels. But extracting the troublesome greenhouse gas from power plant emissions is usually way too expensive to be worthwhile. Plus there’s the fear that the stuff might leak from its tomb. But a plant in Iceland might have found a solution. By pumping the stuff into volcanic basalt, the CarbFix Project has converted 95 percent of the CO2 emissions from a geothermal plant into solid carbonate minerals.

A miracle!? Not quite. But we’ll get to that in a second. First you should know a few things about typical, high-investment carbon capture and storage — for starters, that carbon isn’t captured (sadly) by tying giant balloons around smoke stacks. “It turns out it is captured chemically rather than physically,” says Bill Moomaw, lead author of a 2005 IPCC report on carbon capture and storage. Carbon-scrubbing power plants equip their exhausts with filters with amines that bind carbon dioxide molecules.

After capturing the CO2, plant operators have to release it from the amines by raising the temperature until the CO2 turns back into a gas. Then they cool it down again — down to like -30, -40 degrees Fahrenheit — so it becomes a liquid that can be pumped into a subterranean cavern. Hopefully that cavern doesn’t leak, because the carbon dioxide could need anywhere from hundreds to thousands of years to turn into limestone.

“And all this takes energy,” says Moomaw. For every three coal power plants capable of carbon capture and storage, you have to build a fourth to provide power to those operations. “And even at the efficiencies we have now, you only remove about 25 to 35 percent of the CO2,” he says.

So it makes sense why there are so few carbon capture and storage projects worldwide. The Iceland project is different. For one, it isn’t attached to a coal plant. “In 2006 the president of Iceland visited Columbia University and got in touch with a bunch of environmental researchers,” says Martin Stute, coauthor of a new study published today in Science describing the CarbFix project. “He wanted to try to push Iceland towards not emitting any CO2, so he recommended we get in touch with Reykjavik Energy to capture carbon from a large geothermal plant.” Even though considered to be clean energy, geothermal plants emit a significant amount of carbon, because the steam used to turn the turbines comes from heat originating deep in the earth.

In 2012, Stute and the rest of the team began a pair of pilot studies, starting with a proof-of-concept using pure, commercial-grade CO2. That went swell, so the team went ahead and started pumping emissions from the power plant, which are a mixture of CO2, hydrogen sulfide, and other gases, about 500 meters deep into the basalt substrate — which is the other way this carbon capture scheme is different. Most storage plans involve huge underground reservoirs, like those left over after pumping oil or gas out.

Once in the basalt, the gases mix with water, creating a fizzy liquid like soda. But the pressure is so intense these bubbles don’t escape. Basalt is pretty reactive, and also relatively porous. At those pressures and temperatures (about 70 degrees F), the CO2 started forming chalky veins in the basalt within two years. Most capture schemes end up losing a lot of carbon to leakage — some up to 75 percent. But using a number of measurements, CarbFix judges that only around 5 percent of the pumped CO2 was escaping.

Because they pump the Hellisheidi geothermal plant’s emissions directly into the ground, the plant’s operators do not have to divert a bunch of energy (and money) to the chemical process used to separate carbon. Stute says the CarbFix capture program adds no real extra cost to the plant’s operations. “The CO2 is captured, runs into a pipeline, and on site goes through two pipes into the injection well,” he says.

This is not a solution to the world’s carbon woes. For one, geothermal plants like the one in Iceland only emit about 5 percent as much CO2 as coal plants. That means most plants will need a lot of underground real estate to bury their emissions. Also, coal plant emissions are different, and much dirtier. No one is quite sure if they will have the same quick chemical conversion to solid mineral form.

And finally, geography. Iceland is a volcanic island, sitting atop vast underground plains of basalt. Only few places above water are so blessed, and shipping carbon to them is probably a no-go. “Between the NIMBY problem and regulatory issues, piping CO2 is a pretty politically dicey proposition,” says Moomaw. The Pacific Northwest is the only region in the continental U.S. with substantial basalt, and those hippies are already leagues beyond the rest of the country in terms of clean energy (mostly due to ample hydroelectric power).

Stute sees a path forward. “Most of the ocean floor is basalt,” he points out. “A lot of people live near the coast, and a lot of power plants are near the coast.” He says piping the stuff offshore might not be as shaky a proposition as building say, a gigantic Keystone XL for carbon. “And even if there’s a leak, the CO2 would go into the ocean and dissolve immediately.”

Not that he endorses this as a one-stop solution to climate change. “This is not a tool to extend fossil fuel use forever,” he says. “We need renewables, reduced emissions, and other solutions.” Because if you’ve been watching the recent episodes of Game of Thrones, you know exactly what happens to problems you try to bury.