Is climate change on the hook for this wacky December weather? 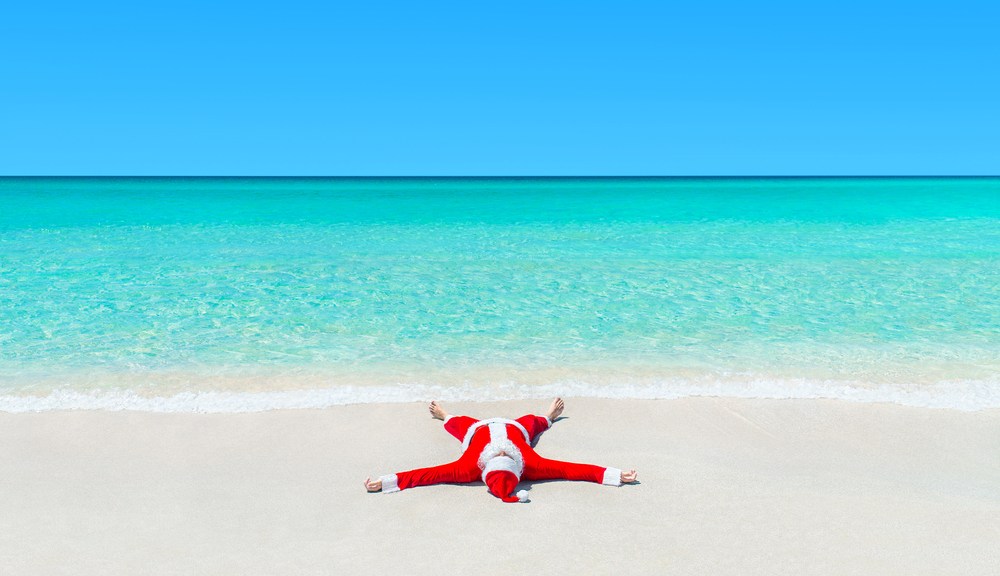 Is climate change on the hook for this wacky December weather?

Say you love cake. I mean, really love cake. Like, eating cake is your favorite thing to do. When a bunch of leftover red velvet goes missing from the office fridge, who do you think everyone’s gonna blame? Not salad desk Sam, that’s for sure. Likewise, when New York gets 65-degree days in December, everyone’s gonna point the finger at climate change. Because everyone knows that climate change loves messing with the weather. It’s, like, climate change’s favorite thing to do.

But the truth is, someone just threw out the cake because it started to go bad (you would’ve eaten around the mold, but whatever), and climate change isn’t on the hook for all of this year’s wacky weather. El Niño and his friend the Arctic oscillation are.

If you need a refresher on El Niño, here’s a quick introduction:

Basically, this “whippersnapper” comes around every two to seven years, when the trade winds over the Pacific Ocean stop blowing from east to west. Scientists don’t really know why this happens, but they do know that it causes unusually warm and rainy weather over on this side of the Pacific and unusually dry weather over on the other side. Hence, the West Coast is getting drenched, and the fires raging in Australia and Southeast Asia are only getting worse.

The Arctic oscillation, code name AO, comes into play by preventing cold Arctic air from spilling down into the lower latitudes. According to the National Oceanic and Atmospheric Association (NOAA), when the AO is in a “positive phase,” strong Arctic winds circulating the globe confine cold air to the North Pole. When it’s in a “negative phase,” those winds weaken, letting that cold air seep down to lower latitudes. That’s what caused the polar vortex that we experienced the past two winters. Right now, the AO is in a positive phase. Hence, the unusually warm weather in the Northeast.

When NPR asked NOAA’s Mike Halpert whether climate change was also contributing to this weird weather, Halpert pretty much said no:

If it is, it’s probably fairly insignificant at this point. If it were to play a role, it would be more likely if, somehow, climate change is impacting either the Arctic oscillation or El Niño, and we’re not really aware that it is at this point. If you think about, maybe – the high temperature over the weekend was 70, so maybe without climate change, it would’ve been 69. I think it’s a fairly insignificant role, if any role at all.

So the takeaway here is that we shouldn’t blame climate change every time the weather does something weird, and your co-workers shouldn’t blame you every time a piece of cake disappears. That said, you’ll still eat the shit out of some cake if given the chance, and climate change will still wreck the planet if given the chance. So let’s just do everyone a solid by hiding the cake and cutting emissions. We’ll all be better for it in the end.