Justice giant: Remembering Mandela and his fight for climate justice 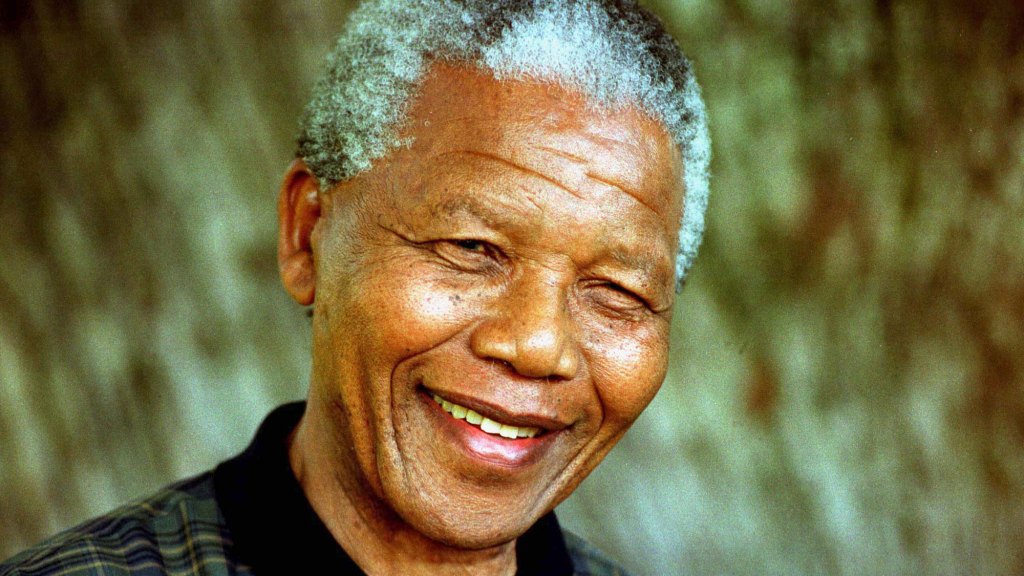 Justice giant: Remembering Mandela and his fight for climate justice

Nelson Mandela, who died yesterday, is best known for his fight against South African apartheid. But his long walk to freedom also included steps toward solving this mammoth problem called climate change. He envisioned a world where all people are able to live a fully dignified life, with clean air to breathe and clean water to drink — and where poor countries are not left with the repercussions of rich nation’s dirty ways.

Six years ago, Mandela founded The Elders, a cross-cultural group of leaders from across the globe, including former President Jimmy Carter and former United Nations Chief Kofi Annan, to forge human rights-based solutions to worldwide problems. One of the group’s top priorities is climate justice, which is not only about reducing greenhouse gas emisssions, but also about ensuring the protection of those people and regions most vulnerable to the worst of climate change’s impacts.

The morning of Mandela’s death, the first thing I read when I woke up was a New York Times op-ed from Bjorn Lomborg stating that what the world’s most vulnerable “really want” is something that would leave them even more insecure under a destabilized climate: cheap, dirty, coal-based energy. Lomborg cited South Africa — where Mandela lived, fought, was imprisoned, and bled for a better life for his people — as an example of a place where people want this dirty fuel.

Mandela never bought into that line of thinking. He was fully aware of how global warming had already been causing havoc on his continent, destroying through oppressive heat what Europeans hadn’t already decimated through the oppressive regimes of slavery, colonization, and apartheid.

While Mandela and countless other peers such as Kwame Nkrumuah and Steve Biko were able to help Africans overcome some of these regimes, the heat created from them still remains. The pillaging of Africa’s natural resources through mining (oil, coal, diamonds, etc.), deforestation, and other European industrialized forces led to the ramped up blasts of carbon dioxide and methane that trap heat in the atmosphere, reconfiguring ecosystems and destroying habitats all over the planet. If Europe’s quest to exploit and export Africa’s most valuable goods wasn’t enough, the continent must now suffer the import of the worst of climate change’s assaults to boot.

It’s for these reasons that Mandela aligned himself with other South African leaders who want to move beyond the oppressive extractive industries of the past and toward a cleaner, more sustainable economy, as I explained in my response to Lomborg yesterday.

In an op-ed last month, Kofi Annan wrote: “It is essential that governments start phasing out fossil fuel subsidies, which currently account for about $485 billion a year, and are far greater than the global investment in renewable energy. While cutting subsidies is an issue for developed and developing countries alike, it remains true that the Group of 20 countries accounted for 78 per cent of global carbon emissions from fuel combustion in 2010.”

An appreciation for the beauty and subsistence of nature is not something that occurred to Mandela in just the final years of his life. During his 27 years in jail, he fought to have a garden installed on the roof of his prison, where he and his fellow inmates could grow vegetables for their meals. “To plant a seed, watch it grow, to tend it and then harvest it, offered a simple but enduring satisfaction,” he wrote in his autobiography. “The sense of being the custodian of this small patch of earth offered a small taste of freedom.”

This thinking was consistent with the African freedom fighter Amilcar Cabral, whose liberation ideology was grounded in giving Africans agricultural and sustainable development skills, so that they could subsist from their own work.

Over the past decade, one of Mandela’s prime missions was giving Africans access to clean water. In his 2002 “No Water, No Future” speech to the World Summit on Sustainable Development in Johannesburg, Mandela said, “That our government has made significant progress in bringing potable water nearer to so many more people than was previously the case, I rate amongst the most important achievements of democracy in our country.”

This spirit was championed by the Nobel prize-winning, Kenyan environmental leader Wangari Maathi, who had the opportunity to address Mandela on his birthday in 2005. In that speech, Maathi said:

During the last thirty years of working with the Green Belt Movement I saw the need to give our people values. The man whose birthday we celebrate today exemplifies these values. For example, the value of service for the common good. How shall we motivate our men and women in the region, willing to sacrifice and volunteer so that others may have it better? The values of commitment, persistence and patience, to stay with it until the goal is realized … The love for the land and desire to protect it from desertification and other destructive processes.

Maathi said that Mandela’s life was inspiration for her own work, as did fellow Kenyan (or American of Kenyan heritage) Barack Obama in his statement on Mandela’s death yesterday. Mandela’s influence continues to captivate many other climate justice, environmental justice, and social justice leaders across the globe. 350.org leader Bill McKibben cited the divesture campaigns against apartheid as the blueprint for his movement’s own strategy against the fossil fuel industry.

But it’s important that, in considering Mandela’s legacy with climate change, we remember the justice component. In The Elders’ strategic framework plan for 2014-2017, under the goal of eradicating poverty and increasing sustainable development, is a strategy for achieving climate justice. It reads:

“We will highlight the impact of climate change, and the degradation of natural resources, particularly on poor people, and emphasise the need for inter-generational justice — not expecting future generations to pay for present irresponsibility.”

For world leaders to disregard this would be a dishonor to what Mandela lived for, as would any call to increase fossil fuel use in South Africa or anywhere else in the world. Those who continue to fight for climate justice should feel proud that a giant like Mandela included it in his steps in that long walk toward freedom for all people.