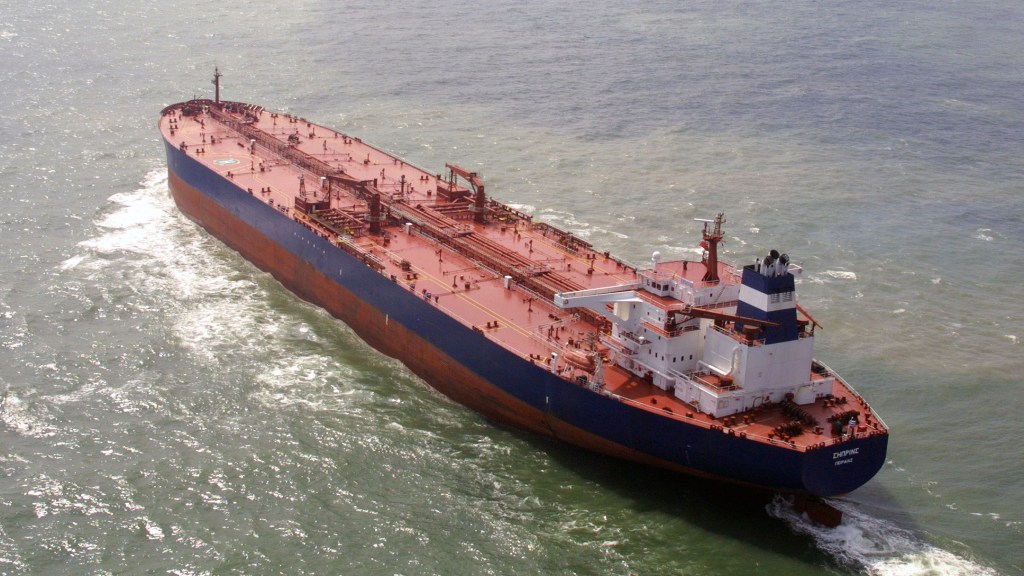 Oil companies and their shills in politics are pressuring the federal government to repeal a 38-year-old ban on exporting crude oil, as Grist’s John Upton noted last week. The industry is working up a lawsuit to try to get it overturned, and the American Petroleum Institute is telling anyone who will listen how bad the ban is. Sen. Mary Landrieu (D-La.), who’s likely to soon chair the Senate Energy Committee, and Sen. Lisa Murkowski (R-Alaska), the committee’s ranking member, have suggested that we “relook at” the rule and repeal it, respectively. Last month a Washington Post editorial called for removing the ban.

Why, after nearly four decades, is this issue suddenly in the news again? The U.S. adopted the prohibition on exporting crude oil in the 1970s after supply disruptions from OPEC caused oil price shocks. Since then, oil drilled in the U.S. has had to be refined here before exportation. Most of our oil has been imported anyway, because demand is so great and domestic supply relatively minimal — until recently.

Now, thanks to fracking technology, the U.S. is enjoying an oil production boom. And relative to some other major sources of oil, such as Saudi Arabia, the crude oil from North Dakota’s Bakken formation is purer. While each barrel of gasoline goes for the same price on the global market, higher quality crude oil can fetch a premium when the oil company sells it to a refiner, because it costs less to process.

Being forced to sell their oil to domestic refiners prevents the oil companies from squeezing every last bit of profit out of their Earth-choking plunder. So they are demanding that Washington bless them with bigger profit margins by allowing them to bypass domestic refiners.

Stories weighing the costs and benefits of the export ban, such as this examination in Foreign Policy, tend to focus on the question of economic impacts: Would dropping the ban raise prices at the pump for consumers? And would it reduce America’s “energy security”? The answer to both questions seems to be: not very much. The U.S. already exports refined petroleum products such as gasoline, so American consumers are already competing on the international market for the finished product when they fill up their cars. (Anyway, if you care about climate change, you should want gas to be more expensive, not less.) And since gasoline is a global commodity, our dependence on it — regardless of where the oil was drilled — is what makes us vulnerable to supply shocks from the Middle East, Venezuela, or Russia.

But how would repeal of the ban affect the environment, and in particular the worst environmental problem we face, climate change? In short, it would be bad.

The bigger profits to be gained from exporting crude oil would incentivize companies to drill more in the U.S. That means more oil contamination of our domestic environment — see, for example, the increasingly frequent oil-hauling train explosions — and more CO2 emissions when that oil is inevitably burned.

“The environmentalists’ end objective is to leave it all in the ground,” explains Public Citizen’s energy program director Tyson Slocum. “The more difficulties [oil companies] have, the less incentive there is for additional production. It has a downward pressure on production.” In this case, the crude export ban is a difficulty, and eliminating it would therefore encourage more drilling and fracking.

Put another way, the prospect of higher prices from foreign refiners would give oil companies more of an economic incentive to go after hard-to-reach supplies. It was only after oil prices rose in recent years that oil companies found it worthwhile to engage in the dirty, energy-intensive process of extracting oil from the Canadian tar sands.

“If we open our crude oil to the world market, it raises prices” that drillers can get for their crude, “and that can spur projects that didn’t seem economically feasible,” says Alex Taurel, deputy legislative director at the League of Conservation Voters.

Blocking exports of crude is admittedly a somewhat arbitrary and inefficient way of reducing oil exploration and consumption. In the wonk’s paradise, we would lift the ban as part of a comprehensive climate and energy plan, which would more effectively reduce oil consumption through a carbon tax or cap-and-trade system. Let the oil companies freely sell their oil, but only after we’ve eliminated all subsidies for them in the tax code and started charging CO2 polluters for the social costs of their emissions.

But the oil companies remain implacably opposed to both a carbon tax and cap-and-trade. So why should we give them anything they want?

Says Taurel, “It doesn’t make any sense to export oil and spur destruction of public lands to only benefit oil companies and provide oil to China.”