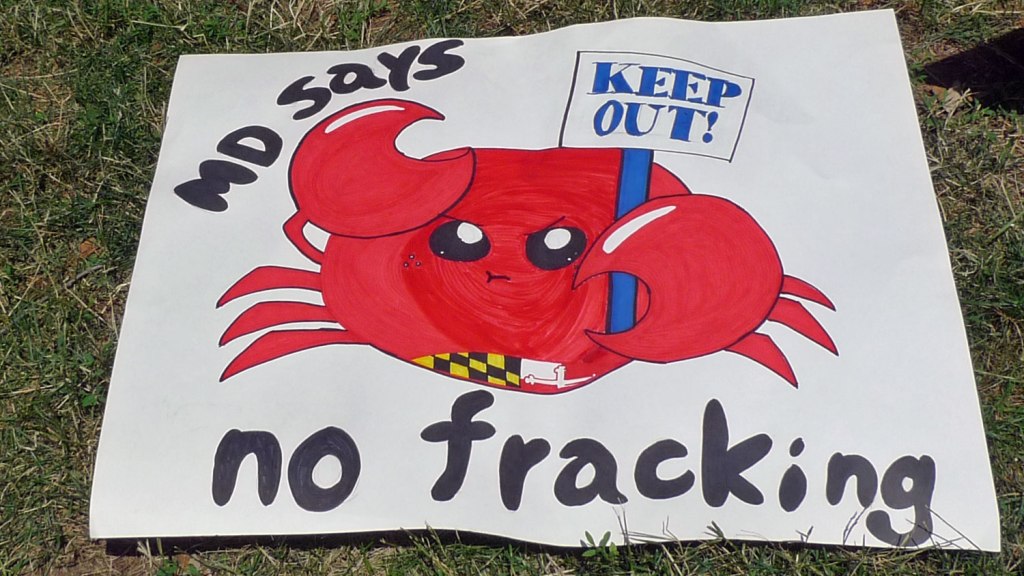 A bill to put a two-year moratorium on fracking in Maryland finally became law at the end of the day on Friday.

Both chambers of the state’s General Assembly signed off on the bill earlier this spring, and since then it’s been sitting on the desk of Gov. Larry Hogan (R). On Friday night, his 30-day window to approve or veto the moratorium expired. Hogan said he wouldn’t veto it but wouldn’t sign it either.

That means that through October 2017, the Maryland Department of Environment will be prohibited from issuing permits to allow drillers to frack for natural gas within the state, part of which sits atop the Marcellus Shale. The bill extends what had essentially been a de facto moratorium on fracking put in place during the administration of the previous governor, Martin O’Malley (D).

The law’s backers in the General Assembly, some of whom pushed for a longer, eight-year moratorium, said the the state will now have time to gather more information about fracking’s impacts.

At The Washington Post, Josh Hicks writes that, even though the moratorium passed under his watch, Hogan was a big supporter of fracking:

As a candidate last year, Hogan (R) expressed strong support for hydraulic fracturing, which involves pumping highly pressurized liquid deep into the ground to split rock and draw out natural gas and petroleum.

He criticized the administration of then-Gov. Martin O’Malley (D) for “kicking the can down the road” and “trying not to make any decision” about authorizing the drilling technique, also known as “fracking.” He also said the state was “sitting on an economic gold mine” given its potential for natural-gas extraction.

Hogan likely let the moratorium slide through because of enthusiasm for the bill in the state and, specifically, in the Democrat-dominated General Assembly, where more than two-thirds of legislators voted for the bill — enough to override a veto.

“The movement behind this moratorium was unyielding,” said Mitch Jones, common resources director for Food & Water Watch, one of the groups involved in organizing Marylanders in support of the bill. “Passing a moratorium under a pro-fracking governor is a testament to the effectiveness that organizing can have.”