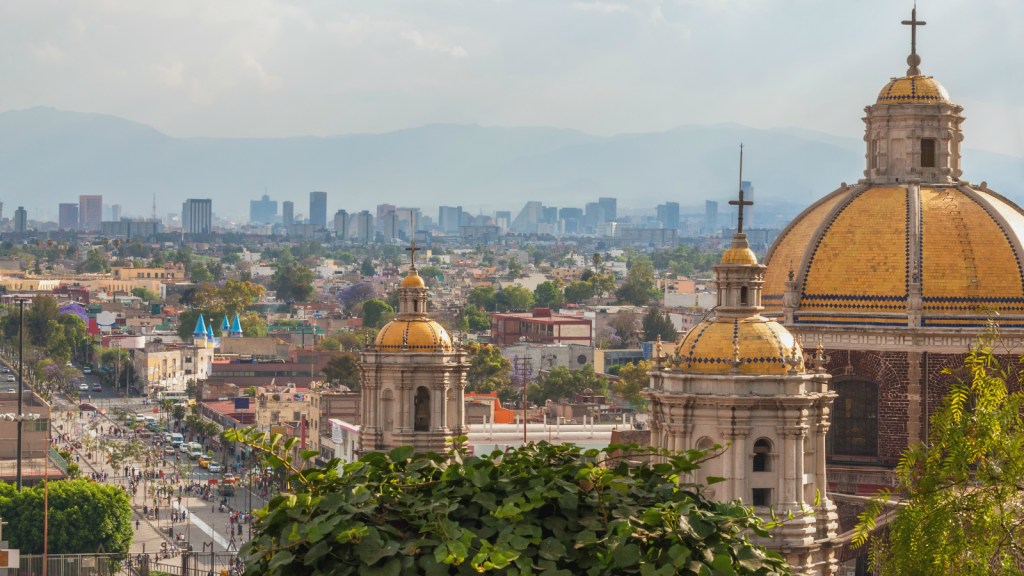 Mexico is the first developing country to formally make its climate action pledge ahead of U.N. negotiations to be held in Paris later this year. And its plan is actually pretty ambitious, analysts say.

Mexico on Friday said it intends to have its greenhouse gas emissions peak by 2026 and then begin to decline. It will cut its “black carbon” emissions — particulate pollution generated by burning fuels like wood and diesel — in half by 2030. The net effect is that, by 2030, Mexico’s emissions will be 25 percent lower than if the country had continued without making any changes, and by 2050, emissions will be 50 percent below 2000 levels. The country is also working on reducing its “carbon intensity” — the amount of CO2 emitted per unit of GDP.

“That would make Mexico’s announcement a bit more ambitious than what is expected from China, but not as ambitious as what the U.S. will offer,” InsideClimate News’s John Cushman notes, referring to the November 2014 agreement between the Obama administration and China. Developing countries like China and Mexico are expected to allow their emissions to keep rising for a few years while their economies grow and their people rise out of poverty, whereas rich nations like the U.S., which have done most of the polluting in the past, are expected to start cutting emissions right away.

“While the devil is in the details, Mexico’s plan to peak its emissions by 2026 is particularly encouraging and should inspire others to follow a similar course,” said Jennifer Morgan of the World Resources Institute, a think tank that’s tracking progress toward a 2015 climate deal.

As part of the process of working toward a climate pact, 190 countries are each submitting their own plan for how they intend to voluntarily reduce emissions (in wonk speak, the plans are known as Intended Nationally Determined Contributions, or INDCs). In the years ahead, the U.N. will monitor each country’s progress toward realizing its plan, though the international body won’t have much power to penalize countries that don’t meet their goals. Developing countries and the European Union had pushed for a binding treaty that would punish nations that don’t curb emissions as agreed, but Obama would never be able to get that sort of treaty by the current U.S. Senate, so, in order to keep the U.S. in the game, the U.N. is now working toward a nonbinding agreement.

The U.S. is expected to submit its plan by the U.N.’s deadline, the end of the first quarter of 2015 (that’s tomorrow!), but other nations are not on track to do so. Still, not everyone is dragging their feet: The E.U., Switzerland, and Norway have outlined their INDCs, representing more than 10 percent of global emissions. And once the U.S. submits its plan, a third of world emissions will be accounted for.

Analysts tracking the process say many countries’ delays are probably at least partially strategic: If a country gets its commitment in at the last minute, the world has less of a chance to ask it to commit more. China and India, the world’s first and third biggest polluters, plan to submit their INDCs this summer.

Mexico’s contribution — and China’s anticipated contribution, based on last November’s joint announcement with America — set the reductions for the developing world on a fairly ambitious path. That’s encouraging, given that differences between rich and poor nations have scuttled past attempts at a climate deal. But some developing countries (India, notably) have been difficult to pin down on their likely commitments.

It will take commitments from all of the world’s major polluters, rich and poor alike, to put us on something even resembling a sustainable path — and with so many INDCs as yet undeclared, it’s impossible to determine if 2015 will be the year that the U.N. finally pulls off the climate deal its been attempting for decades. And even under a best-case scenario, diplomats have repeatedly warned that any deal likely won’t be enough to keep global warming under 2 degrees Celsius, the threshold scientists say we must meet to fend off the worst climate impacts.