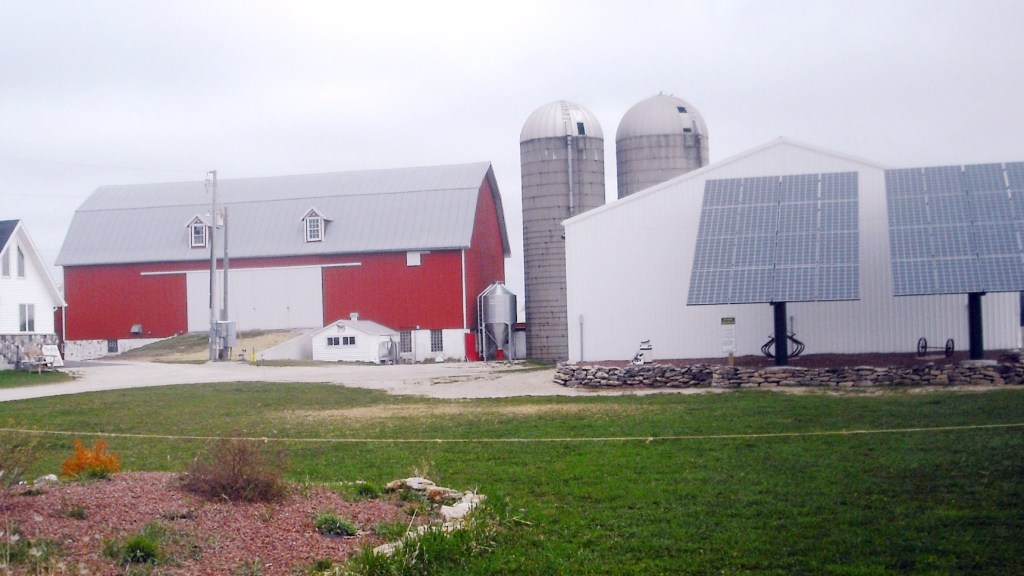 It’s not just milk, cereal, and soy that’s being produced on Midwestern farms. Increasingly, farmers in the region are also harvesting their own solar power. That’s according to a report in Midwest Energy News:

Solar installations have been taking off in many areas of the Midwest, but perhaps nowhere more so than in farm country.

The Midwest is a conservative place, and today’s conservatives tend to reject renewable energy. So what is it about farms that has the region’s growers so eager to reap power from the sun?

For one, farms tend to use a lot of power, with monthly electric bills sometimes running into the thousands of dollars. They need electricity to run fans, to heat and cool barns for dairy cows, to cool milk and produce, to dry grain and move it around.

Many farms also have barns with roofs that lend themselves to holding up solar panels. And if there’s not a suitable roof, there’s usually plenty of space for a freestanding array.

In addition, farmers are accustomed to thinking long-term and investing in their business. Many of them have maintained the farm in their family for generations, and expect it to continue as a family-owned enterprise that will reap the benefits of investment in solar energy for decades to come.

And they tend to be an independent lot who like the prospect of producing their own power.

It might be time for Midwestern politicians to start listening to their farmers.