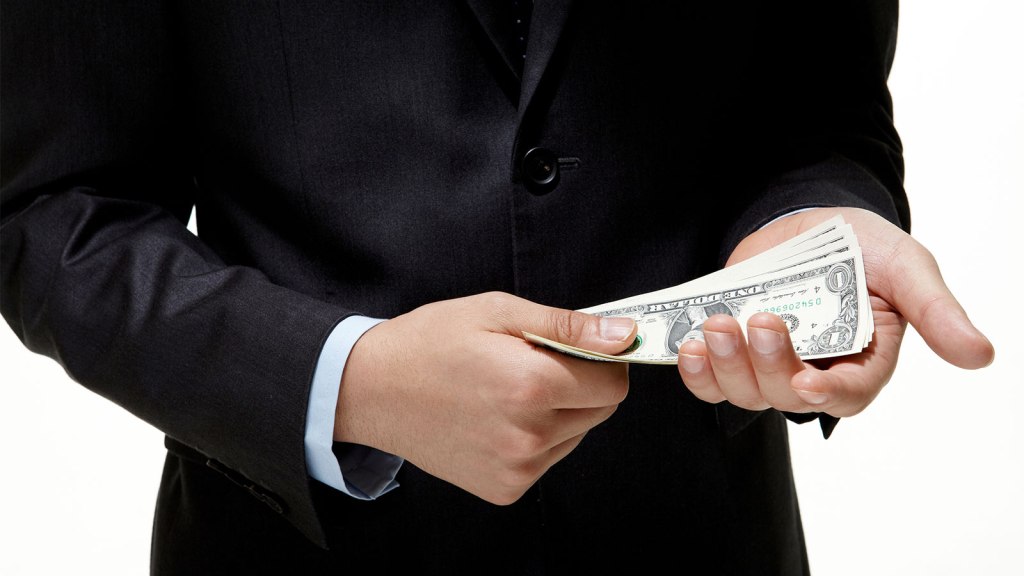 In bizarre energy industry news of the day, the North Carolina Energy Coalition seems to have brought in some homeless men to stand in as fracking supporters at a state hearing on developing fracking operations in the state.

The men were bussed 200 miles from Winston-Salem to Cullowhee, N.C., where the hearing took place, for the day.

“They were clueless,” said Bettie “Betsy” Ashby, a member of the Jackson County Coalition Against Fracking. “At least two of them I met definitely came from a homeless shelter. One of them even apologized to me and said, ‘I didn’t know they were trying to do this to me.’ One said, ‘I did it for the…’ and then he rubbed his fingers together like ‘for the money.'”

Several of the men were wearing turquoise shirts or hats that said “Shale Yes” on the front and “Energy Creates Jobs” and “N.C. Energy Coalition.com” on the back.

It’s not a new tactic: If you can’t find people who actually support your cause, just pay uninformed members of underprivileged groups to fake it!

What is the mission of the N.C. Energy Coalition, exactly? From the group’s website:

Our website will provide the facts about the offshore and onshore production processes, environmental issues and economic impacts with no political spin. The Coalition will not advocate on issues but instead, provide the facts to let the public, business community and elected officials decide for themselves.

The organization is also sponsored by the American Petroleum Institute.

Just this June, North Carolina Gov. Pat McCrory (R) signed off on the legalization of fracking in the state. At the same time, the state also passed a bill that makes the disclosure of the ingredients in the chemical cocktail used in fracking punishable as a misdemeanor. (For what it’s worth, the originally proposed version of that bill would have made said disclosure a felony.)

I’d be interested, at the very least, to know if the N.C. Energy Coalition will help its paid protestors to get actual jobs at the state’s new fracking wells. Because that’s supposed to be the huge benefit of this “energy boom,” right? I guess a few bucks an hour and a bus ride to Cullowhee is a good place to start!