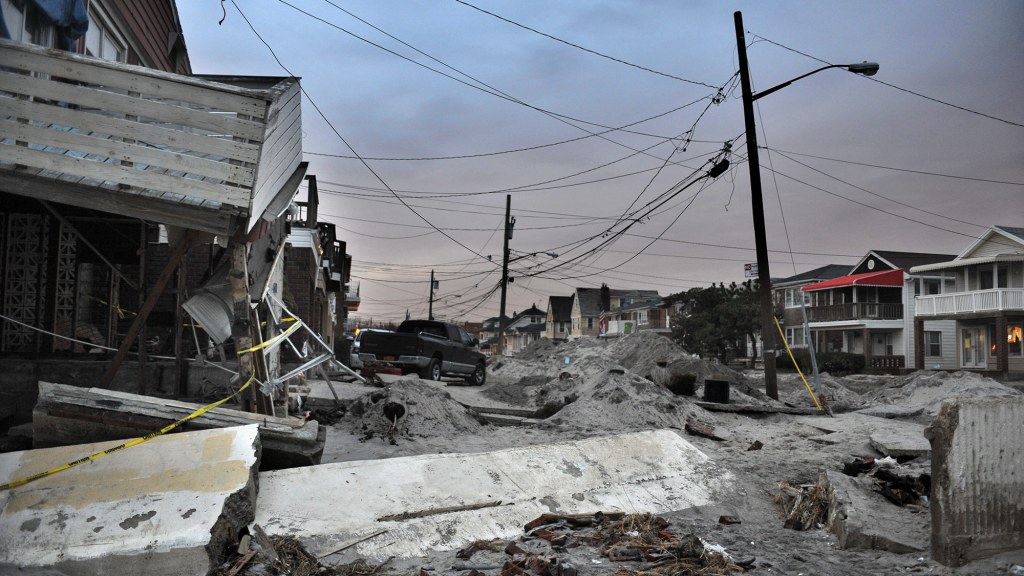 From roads and bridges to power plants and gas pipelines, American infrastructure is vulnerable to the effects of climate change, according to a pair of government reports released Thursday.

The reports are technical documents supporting the National Climate Assessment, a major review compiled by 13 government agencies that the U.S. Global Change Research Program is expected to release in April. Scientists at the Department of Energy’s Oak Ridge National Laboratory put together the reports, which warn that climate-fueled storms, flooding and droughts could cause “cascading system failures” unless there are changes made to minimize those effects. Island Press has published the full-length version of the reports, which focus on energy and infrastructure more broadly.

Thomas Wilbanks, a research fellow at Oak Ridge and the lead author and editor of the reports, said this is the first attempt to look at the climate implications across all sectors and regions. Rather than isolating specific types of infrastructure, Wilbanks said, the report looks at how “one impact can have impacts on the others.”

Previous extreme weather events, which scientists warn may be exacerbated by climate change, offer insight to the types of failures they’re talking about. For example, during Hurricane Katrina, the loss of electricity in the region meant that several major oil pipelines could not ship oil and gas for several days, and some refineries could not operate. Gas prices rose around the country.

Other scenarios include a major storm wiping out communications lines, a blackout that cuts power to sewage treatment or wastewater systems, and a weather event that damages a bridge or major highway. In the latter case, the damage would not only cost money to repair, but could cause traffic backups or delays in the shipment of goods, which could in turn have wider economic implications. As the report describes it:

A central theme of the report is that vulnerabilities and impacts are issues beyond physical infrastructures themselves. The concern is with the value of services provided by infrastructures, where the true consequences of impacts and disruptions involve not only the costs associated with the cleanup, repair, and/or replacement of affected infrastructures but also economic, social, and environmental effects as supply chains are disrupted, economic activities are suspended, and/or social well-being is threatened.

While many reports on climate change focus on the long-term impacts, looking ahead 50 or 100 years, the effects described in Thursday’s reports are the kind that cities, states, and the federal government can expect to see in the next few decades, Wilbanks said.

“There’s this crunch between vulnerability of infrastructure because it’s aging or stressed because they are so heavily used, and they’re being exposed to new threats like more frequent, extreme weather events,” says Wilbanks. All this comes at a time, Wilbanks said, where governments at every level are facing “great difficulty in coming up with public sector financing to replace or revitalize them.”

The energy report also exposes vulnerabilities in the system. It points to recent cases where heat waves caused massive spikes in energy use for cooling buildings, putting strain on the power grid. It also highlights instances where power plants were at risk of flooding, or had to shut down or scale back operations due to high temperatures and droughts.

“One quarter of existing power generation facilities are in counties associated with some type of water sustainability concern,” said David Schmalzer, coauthor of the energy-focused report. “Warmer air and water are expected to reduce the efficiency of thermal power, while hydropower and biofuels will also face increased uncertainty. Even electricity sources not dependent on water supplies, such as wind and solar power, also face increased variability, as a changing climate will potentially impact the variability of their resources.”

“Fixing infrastructure resilience problems [requires] a partnership between different levels of government, industry, nongovernmental organizations, and community groups. No one party is the best to do it all,” said Wilbanks. “What we really need is some innovative thinking about financing.”