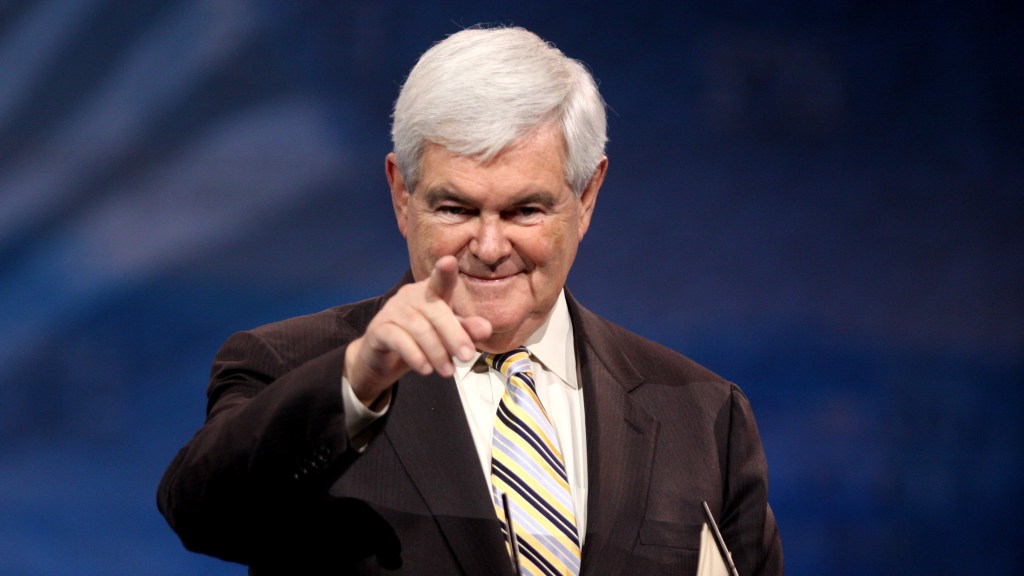 It’s been pretty cold across the U.S. these past few days, and most people aren’t so into that. Naturally, some conservatives are keen to use the weather to cast doubt on climate change. Or, if they take themselves a little too seriously for that, they might cast doubt on climate change by coming up with other pseudo-scientific arguments, like that warmer weather was great for stegosauruses, so why worry.

Former House Speaker Newt Gingrich falls into the latter category. As a host of CNN’s Crossfire, Gingrich described himself as an “amateur paleontologist” and went on the following riff on Tuesday:

Gingrich is not, even by his own admission, a professional paleontologist, much less a climate scientist. So I called a real climate scientist, Ralph Keeling, director of the CO2 Program at the Scripps Institution of Oceanography at UC San Diego, and asked for an assessment of Gingrich’s comments. You’ll be shocked to discover that he doesn’t share Gingrich’s rosy outlook. Here’s what Keeling had to say, lightly edited for brevity and clarity:

It has to do with adaptation to a world that’s extremely different than the world today or anything civilization has experienced.

[Gingrich] has misrepresented the threat. It’s not that the Earth is going to go up in smoke, or melt down. Life will survive and humans will probably survive. The question is whether the pillars of our civilization will survive: the ability to grow food, the ability to live in peace with your neighbors. If you neighbors can’t live on their land any more because the climate is intolerable, you have a problem.

He’s assuming that the transition to a warmer world is harmless and it’s just like picking a flavor of ice cream in a store. You have to live with the transition.

We’re playing with unknowns that can have a powerful impact. There are always risks to dabbling with things you don’t understand fully. You don’t know with certainty that Minnesota will be X degrees warmer or crops will be able to grow here or there. Some people may end up with a climate they’re not unhappy with, but the disruptions will reverberate around the planet.

Out here in the West we’re already faced with water shortages, hot spells, loss of forests. We’re a wealthy nation so we may be able to deal with it, although whether we have the political will to deal with it is another question. But imagine if you’re living subsistence level, if you’re dependent on the rain to water your crops.

The prospect of a world so different we can hardly imagine it is daunting.

I considered calling Gingrich for a response to Keeling’s criticisms, but then I remembered that Gingrich has no idea what he’s talking about and thought better of it.