Obama: At least some of the Paris climate deal must be legally binding 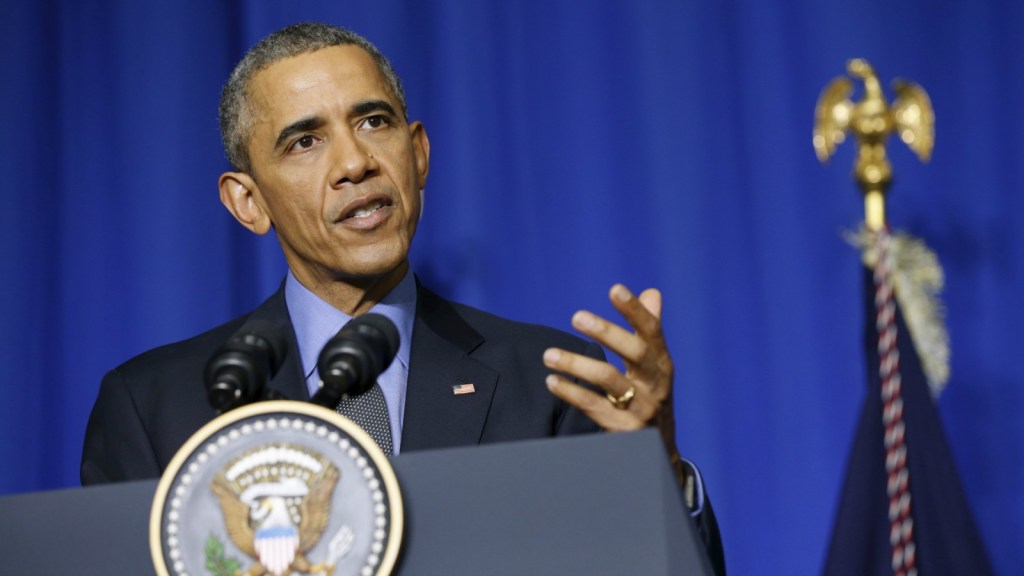 Obama: At least some of the Paris climate deal must be legally binding

President Barack Obama declared on Tuesday that some components to a global climate change agreement must carry legal force, easing one obstacle to a successful outcome at negotiations in Paris.

In an apparent compromise, Obama said the United States would push for certain aspects of a climate change agreement to be legally binding — going some distance to meeting a key demand of the European Union and some developing countries.

However, Obama offered no change in the U.S. position on the overall nature of the agreement sought at Paris.

Obama’s statement in Paris came as the House Committee on Science, Space, and Technology heard from the controversial Danish economist, Bjorn Lomborg, who claimed that a climate deal at Paris would reduce warming by only fractions of a degree and would cost close to $2 trillion a year by 2030.

His conclusions run counter to those of most economists and major international financial institutions such as the World Bank.

The U.S. has been clear from the outset that it will not sign on to a fully fledged climate change treaty because it would have virtually no chance of passage through a Republican-controlled Congress.

The U.S. has also insisted that countries come up with their own targets for cutting emissions — and that these remain entirely voluntary.

On Tuesday, however, Obama said the U.S. wanted one major component of the deal — the periodic review of emissions reductions targets — to be legally binding.

Such reviews are deemed necessary if countries are to achieve their agreed goal of limiting warming to 2 degrees C.

The pledges so far would at best hold warming to 2.7 C — which would still unleash catastrophic climate impacts on low-lying islands and poor countries.

“Although the targets themselves may not have the force of treaties, the process, the procedures that ensure transparency and periodic reviews, that needs to be legally binding. And that’s going to be critical in us having high ambitions and holding each other accountable,” Obama told reporters in Paris.

The European Union and developing countries have pushed for a legally binding agreement, such as the Kyoto protocol.

However, the U.S. argues a legal treaty would be a no-go because of its domestic political circumstances. Congress failed to ratify the Kyoto protocol in the 1990s, and George W. Bush eventually repudiated the agreement.

Obama at his press conference on Tuesday dismissed such threats, saying the funds were already in the process of being allocated.

He also said that his climate legacy would survive after he leaves the White House at the end of his presidency next year. “Whoever is the next president of the United States, if they come in and they suggest somehow that that global consensus — not just 99.5 percent of scientists and experts but 99.5 percent of world leaders think this is really important. I think the president of the United States is going to think this is really important.”

The hybrid nature of a deal is critical to U.S. thinking about how to counter domestic political pressure against signing on to a global climate deal.

With that in mind, the Obama administration moved a number of years ago to circumvent Congress by pressing for an agreement that would fall short of a legal treaty.

The strategy mirrors Obama’s efforts on the domestic political front, where — facing a wall of opposition in Congress — he has used his existing authority to cut greenhouse gas emissions.

The U.S. was a major force behind the thinking underpinning the deal being negotiated in Paris, of a cut-what-you-can strategy, where countries volunteer their own emissions reductions targets.

So far, more than 180 countries have come out with climate plans ahead of the Paris meeting, which the U.S. claims as a vindication of the voluntary strategy.