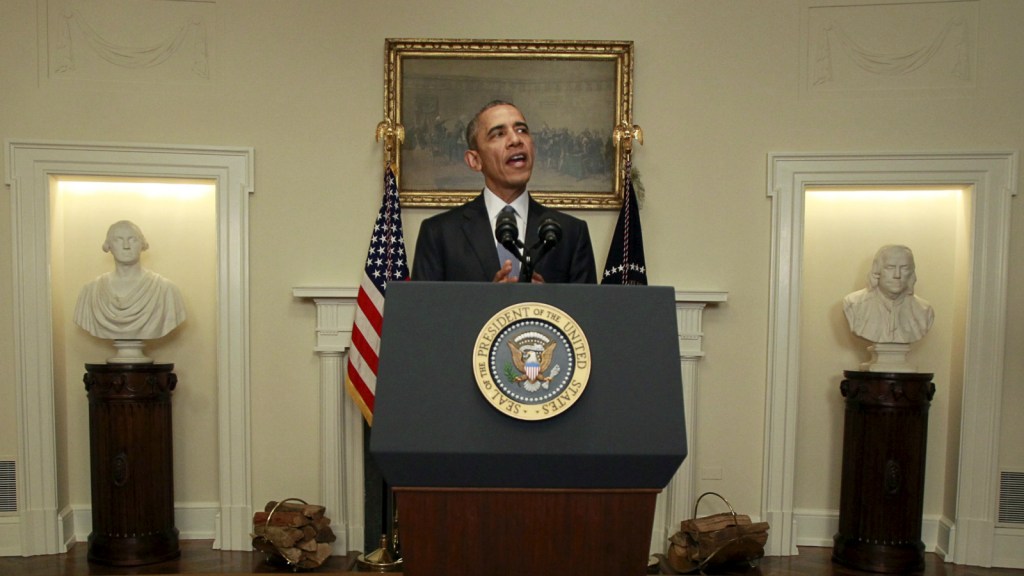 More than seven years ago, Barack Obama told campaign supporters that one day, Americans would be able to tell their children that “this was the moment when the rise of the oceans began to slow and our planet began to heal.”

Saturday evening — just hours after international leaders agreed to a historic deal to fight global warming — Obama told the nation that the accord could represent “a turning point for the world” and would help humanity “delay or avoid some of the worst consequences of climate change.”

“We may not live to see the full realization of our achievement, but that’s OK,” Obama said. “What matters is that today we can be more confident that this planet will be in better shape for the next generation.”

The deal, known as the Paris Agreement, includes commitments from countries around the world to reduce their emissions and pledges from high-polluting, developed nations help help poorer countries transition to clean energy and adapt to climate change. You can read more about the details of the agreement here.

Obama portrayed the hard-won deal as a product of American leadership. He said that the joint plan to control emissions that he and China’s President Xi Jinping announced last year inspired other countries to make ambitious climate commitments. “Over the past seven years,” Obama said, “we’ve transformed the United States into the global leader in fighting climate change.”

Obama also took a shot at his Republican critics, who have bitterly opposed his regulations on power plant emission and his other climate policies. “Skeptics said these actions would kill jobs,” said Obama. “Instead, we’ve seen the longest streak of private-sector job creation in our history.”

Still, Obama acknowledged that the Paris Agreement is far from sufficient to end the dangers posed by climate change. Negotiators pledged to limit warming to “well below” 2 degrees Celsius or 3.6 degrees Fahrenheit. They also agreed and to “pursue efforts” to limit the increase to 1.5 degrees Celsius.

However, all of the emissions cuts promised by countries thus far won’t come anywhere close to meeting those goals. Scientists estimate that these commitments would put the planet on course for at best 2.7 degrees Celsius of warming — and that’s only if countries actually follow through on them.

“The problem’s not solved because of this accord,” said Obama. “But make no mistake, the Paris Agreement establishes the enduring framework the world needs to solve the climate crisis.”

You can watch Obama’s remarks here: