Obama gears up for his big climate move 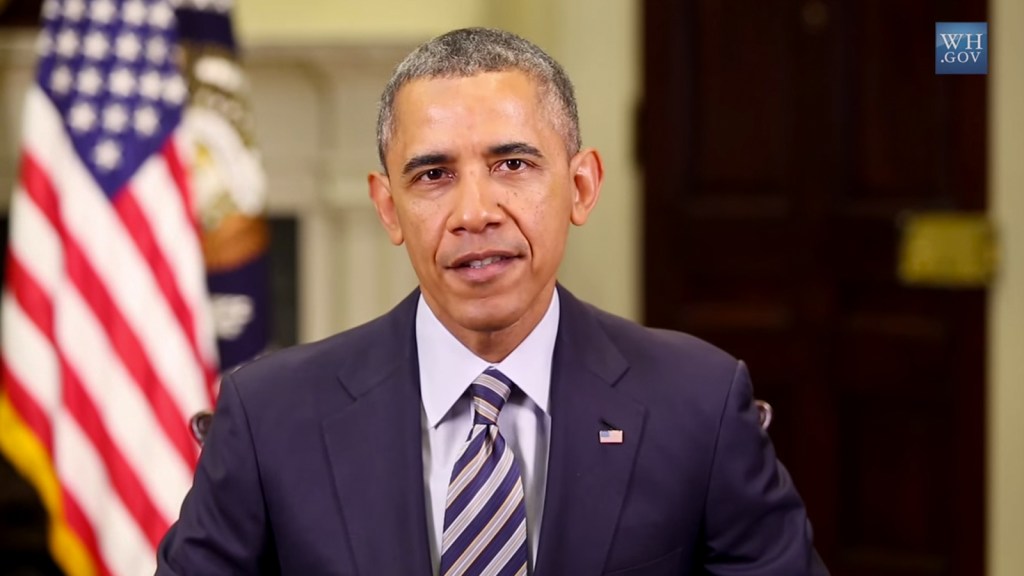 Obama gears up for his big climate move

President Obama is about to launch what may be the biggest climate change initiative of his presidency, and the biggest in U.S. history — and it’s not because he’s a tree-hugging hippie. As he lays the groundwork for introducing landmark regulations on power-plant CO2 emissions on Monday, he “wants to shift the conversation from polar bears and melting glaciers to droughts in Iowa and more childhood asthma across the nation,” as Bloomberg reports.

He pushed that message home in his weekly video address on Saturday:

I’m here at Children’s National Medical Center in Washington, D.C., visiting with some kids being treated here all the time for asthma and other breathing problems. Often, these illnesses are aggravated by air pollution — pollution from the same sources that release carbon and contribute to climate change. And for the sake of all our kids, we’ve got to do more to reduce it. …

This week, we’re unveiling … proposed guidelines [that] will cut down on the carbon pollution, smog, and soot that threaten the health of the most vulnerable Americans, including children and the elderly. In just the first year that these standards go into effect, up to 100,000 asthma attacks and 2,100 heart attacks will be avoided — and those numbers will go up from there.

On Friday, Obama linked climate change to the storms and weather disruptions that Americans are already seeing in their hometowns, echoing the message of the big climate report that his administration put out in early May. During a meeting at the headquarters of the Federal Emergency Management Agency, or FEMA, he said:

The changes we’re seeing in our climate means that, unfortunately, storms like Sandy could end up being more common and more devastating. And that’s why we’re also going to be doing more to deal with the dangers of carbon pollution that help to cause this climate change and global warming.

Earlier in the week, in a big speech on his foreign policy agenda, the president warned that climate change is also “a creeping national security crisis.”

Obama has not gotten into specifics about the forthcoming regulations — we’ll have to wait for Monday for the details — but, in his address on Saturday, he did warn Americans not to believe the dirty-energy interests that are preemptively bashing the regs.

Now, special interests and their allies in Congress will claim that these guidelines will kill jobs and crush the economy. Let’s face it, that’s what they always say.

But every time America has set clear rules and better standards for our air, our water, and our children’s health — the warnings of the cynics have been wrong. …

These excuses for inaction somehow suggest a lack of faith in American businesses and American ingenuity. The truth is, when we ask our workers and businesses to innovate, they do. When we raise the bar, they meet it. …

The fossil fuel industry and the U.S. Chamber of Commerce will paint the proposed regulations as environmental extremism run amuck. Obama and his allies will argue that climate action is needed to protect things mainstream Americans care about deeply — their health, the economy, national security, their very homes.