The fight is on: Obama's climate rules aren't out yet, but both sides are already slugging 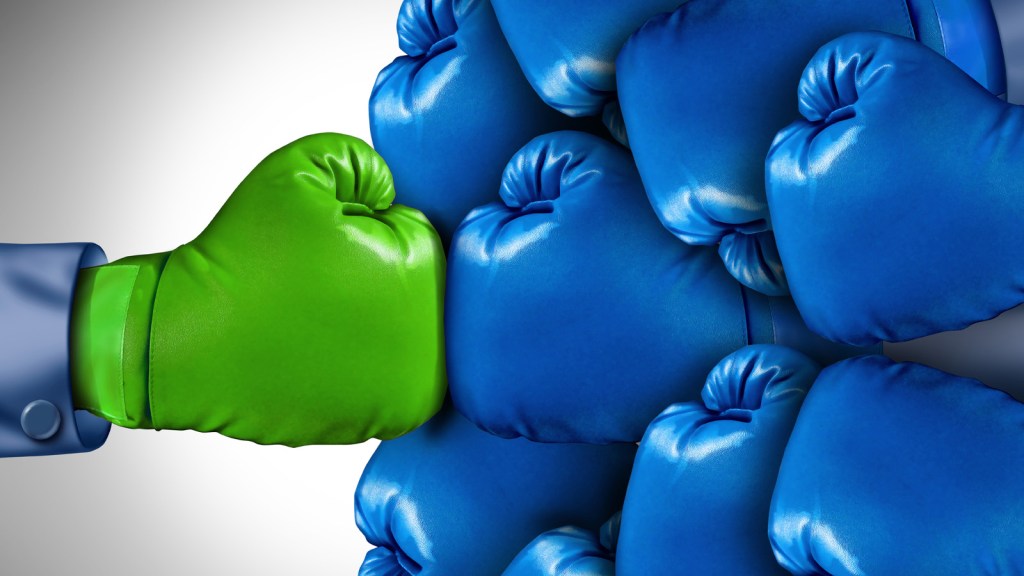 The fight is on: Obama’s climate rules aren’t out yet, but both sides are already slugging

The EPA’s proposed CO2 regulations for existing power plants haven’t even been released yet, and already there’s a big brawl over their costs and benefits.

As Bloomberg notes, the early rush on political messaging shows that both sides expect voters’ views of the proposal to be determined by whether they think it will help or hurt their pocketbooks.

President Obama is expected to unveil the proposed rules on Monday, but the Chamber of Commerce — a right-wing trade association representing established big business — got a jump on the news cycle five days early by releasing a report arguing that the rules would impose massive economic hardship. It claims that if EPA sets formidable pollution-control targets, it could reduce coal-based electric generation capacity by one-third. That, the Chamber predicts, would result in economic losses of $50 billion a year and the loss of 224,000 jobs.

Environmental groups and the Obama administration say that’s baloney. It’s not as if the coal power would be replaced with nothing. If you reduce energy demand through improved efficiency, it creates jobs weatherizing homes and retrofitting office buildings. If you reduce coal emissions through improved pollution controls on the coal plants, that creates jobs at the plants themselves. And if you replace coal with new wind or solar generation, that too creates jobs in those growing economic sectors.

This analysis from the Chamber does pretty obviously overstate the likely costs. As New York magazine’s Jonathan Chait explains, it assumes that annual per capita demand for electricity will go up dramatically, and that the EPA will set much higher targets than any informed observer actually expects it to.

The Natural Resources Defense Council, which wrote a proposal for the coal-plant rules that EPA is likely to broadly follow, fired back at the Chamber with a statement from David Hawkins, the group’s director of climate programs:

The Chamber’s so-called study is the latest in a long series of ‘sky-is-falling’ warnings of job losses and economic costs that are a big lie — part of the polluting industry’s disinformation campaign to preserve its profits by thwarting efforts to protect public health and curb climate change. After 40 years of erroneous predictions, the Chamber has zero credibility on this issue.

The Chamber fails to account for jobs that would be created building wind turbines, solar panels, and other sources of renewable power; and the jobs to be created making our homes and businesses more efficient; and the jobs of cleaning up our dirty power plants.

Of course, the Chamber doesn’t really represent the interests of the American economy as a whole, only the companies that benefit from the status quo. NRDC’s more holistic assessment of potential costs and benefits, released Thursday, finds that if EPA sets a target of a 25 percent reduction in CO2 emissions from power plants from 2012 levels by 2020, that would save Americans $37.4 billion on their electric bills in 2020 while creating more than 274,000 jobs. (The EPA might actually be less ambitious than that; The New York Times reported Thursday that “people familiar with” the plan expect it to call for emission reductions of 20 percent.)

It’s not just green groups that say the rules won’t hurt consumers or the economy. Public Citizen, which is dedicated to protecting consumers from price spikes as much as pollution, also criticized the Chamber’s study. “What’s happening here is an industry split: regulated electric utilities (American Electric Power, Dominion Resources, Xcel and more) are saying relatively benign, if not supportive things about the June 2 power plant rule,” noted Tyson Slocum, director of Public Citizen’s energy program, in a statement. “That’s because states will have broad latitude to meet the greenhouse gas standards through ‘outside the fence’ approaches, such as utility investment in energy efficiency or renewables. Southern, Dominion et al understand that they can work with state legislatures to implement cost-effective compliance measures.”

Whatever the specifics of the EPA’s plan, there is no question that it will create winners and losers among different industries. And since coal is the most carbon-intensive fossil fuel, there is no question that the coal mining industry will be among the latter. That’s why it plans to come out swinging at the new regulations. “We’ll be trying to raise concerns about the cost impact for the public, and concern about the reliability of our electric grid,” says Nancy Gravatt, the National Mining Association’s communications director. “A series of EPA regulations are taking out coal-based power plants and [putting] in their place plants that have more costly sources of electricity, such as renewables or natural gas.”

One regulation that Gravatt is referring to is the rule proposed by EPA in September that would limit emissions from new power plants (as opposed to existing power plants), essentially requiring carbon-capture-and-sequestration technology for any new coal plant. Given the cost of deploying that technology, the coal industry argues that the proposal effectively bans new coal plants. The NMA has been airing a radio ad in five states that claims the Department of Energy estimates that the new power plant rules will raise electricity bills by as much as 80 percent. That misleading claim is based on a much higher rate of required carbon capture than the rules actually contain, and so it earned four Pinocchios from Washington Post fact-checker Glenn Kessler.

Preventing new coal power plants is not nearly as big an economic shift as shutting down old ones. So that hardball ad is just a taste of what is about to come.