Obama is paving the way for success in Paris 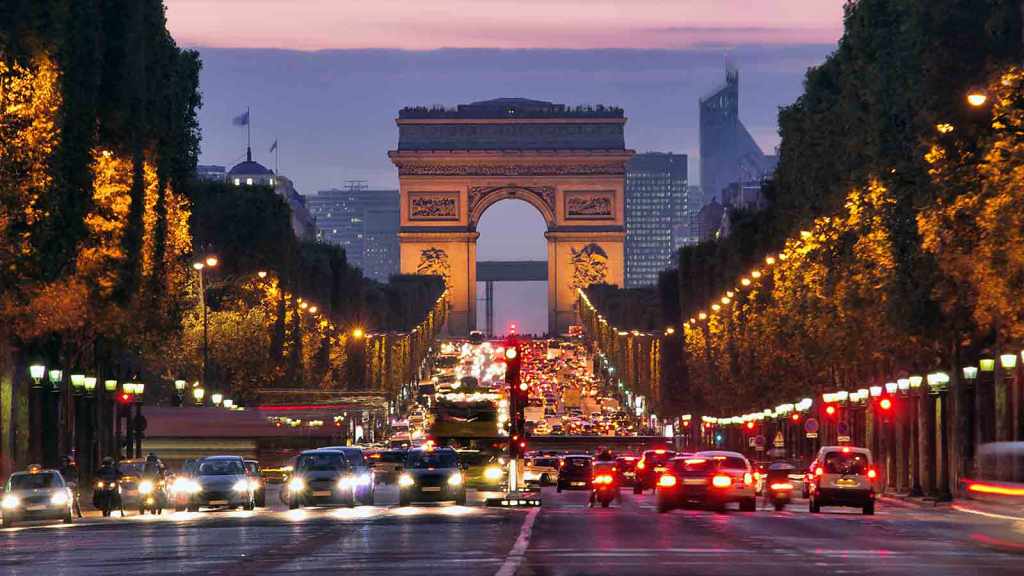 Obama is paving the way for success in Paris

President Obama deserves major props for laying the groundwork for successful climate change negotiations in Paris this December. The effort, much of which has happened behind the scenes, doesn’t have the simple sex appeal of rejecting Keystone XL, but it will have a much greater global impact.

Over the last year, the Obama administration has wrung groundbreaking climate commitments from China and Brazil, and started making progress with India. The China and Brazil deals exceeded what informed observers had realistically hoped for — they have moved the needle on what’s politically possible and they are building momentum for U.N. talks in Paris. Most importantly, the fact that these countries are working with the U.S. on climate change and pledging to curb their emissions at all means we have crossed the crucial threshold to getting a climate agreement.

First, a quick overview of where things stand with China, India, and Brazil, which are the first, second, and fifth largest countries by population and the first, fourth, and seventh in total greenhouse gas emissions.

A year ago, a pessimist like me would not have predicted we would be here today. For two decades, large developing countries have refused to curb their emissions, arguing that they can’t be constrained as they try to lift their populations out of poverty, and that rich countries have been responsible for most of the historic climate pollution. In 2009, at the last big U.N. climate negotiations in Copenhagen, the major developing countries made much less ambitious pledges than they have this time around, merely promising to reduce carbon intensity or slow emissions growth compared to business-as-usual scenarios.

As recently as last September, at the U.N. Climate Summit in New York, this dynamic persisted. Leaders of large developing nations such as Brazil and India pointedly insisted on their right to develop economically without having to sacrifice their country’s well-being to clean up a mess rich nations created. Speaking at the summit, Brazilian President Dilma Rousseff said her country did not intend to despoil the environment in pursuit of economic development, but also forcefully said, “We will not relinquish the need to reduce inequalities and raise the living standards of our people.” China, meanwhile, was coy. Vice Premier Zhang Gaoli said the country would announce goals for reductions in carbon intensity and renewable energy deployment “as soon as we can.”

But now, thanks in large part to aggressive diplomatic efforts by the Obama administration, what once seemed impossible is happening: Developing nations are getting on board to curb their emissions and participate fully in a comprehensive global climate change agreement. Getting that initial buy-in from these big developing players is a necessary precondition to getting any agreement to substantially reduce emissions. Until now, it has proven elusive because of a problem every college freshman studying game theory could understand: It only makes sense to cut your emissions if everyone else does too. Building the trust that everyone will step up is essential. American conservatives have long argued against climate action by saying that China isn’t doing anything, so the U.S. shouldn’t either. With remarkable speed, that talking point has been knocked down.

“Three years ago, if you had said, ‘China will commit to peak its emissions,’ people would have thrown you out of the room,” says Jake Schmidt, director of the Natural Resources Defense Council’s international program.

The Obama administration has been able to convince developing nations to work with us on climate change because the president’s Climate Action Plan — particularly its largest component, the Clean Power Plan to regulate emissions from power plants — demonstrates that we’ll uphold our end of the bargain. “The No. 1 question we get from Chinese officials is, ‘What is the U.S. doing to reduce its own emissions?’” says Schmidt. The Climate Action Plan, announced in June 2013, showed other countries exactly what the Obama administration would do under executive authority. Says Schmidt: “The more the plan was implemented, the more that showed the Chinese that this is something the U.S. isn’t just talking about, it’s something the U.S. is going to do.” And the plan paved the way for the U.S.’s INDC, submitted in March, which reiterates the goal of cutting carbon emissions 26 to 28 percent below 2005 levels by 2025, and lays out plans to achieve that, such as new emissions standards on heavy-duty vehicles.

The breakthrough with China last fall has had a cascading effect: Now that the biggest developing nation has shown that it’s willing to coordinate with the U.S. on climate policy, other developing nations are more comfortable doing so too.

Brazil’s Rousseff may have been especially interested in showing global climate leadership, and partnering with Obama, because she has been embroiled in a corruption scandal that has damaged her popularity back home. “Everything we’ve heard from Brazilian experts is that Dilma has been forced to talk about and focus on climate change because Obama has raised it with her, starting with the Summit of the Americas in Panama in April,” says Schmidt. “If you’re Dilma, standing next to the leader of the world’s largest economy and still the world superpower, that’s a good platform.” In her remarks with Obama after that meeting, Rousseff singled out climate change as “a much-needed area for joint initiatives,” and two and half months later the two leaders made their joint climate announcement.

Few major steps forward are unaccompanied by a caveat. In this case, that would be the fact that the pledges made thus far would not cut emissions to the extent needed to limit global warming to 2 degrees Celsius, or 3.6 degrees Fahrenheit, above pre-industrial levels — the widely agreed-upon goal of international climate negotiations. Every news article on the Brazil-U.S. announcement was sure to note that. In fact, no matter what pledges emerge as part of a Paris agreement, there’s little chance of staying below 2C. As David Roberts recently explained, that would require both massive emissions cuts across the globe and a huge program of carbon capture and sequestration.

But rather than getting discouraged by what the Paris pledges leave to be desired, climate hawks should be enthused by the promise they hold. “The first step is always the hardest,” says Schmidt. “As [countries] implement their INDCs, they’ll find it’s easier to go much farther and faster than they could imagine in 2015 because, lo and behold, it doesn’t blow up your economy. And the cost of wind and solar becomes much cheaper over time, and then the politics of going more aggressive becomes much easier. Paris and these commitments is not the end of the story.” That’s why pragmatic climate action groups like Al Gore’s Climate Reality Project are talking about “Paris and Beyond.”

Even though major scientific bodies have generally settled on staying below 2C of warming as the way to avert catastrophic climate change, it is not a magic threshold. Climate change is not controlled by an on or off switch located right at exactly 2 degrees. It is a continuum, albeit one with a steep curve. We’ve already damaged the Earth’s atmosphere, and we’ll damage it a lot more even if we stop at 1.9 degrees of warming. Some feedback loops and other cataclysmic effects are expected to kick in around 2 degrees, but 2.1 degrees of warming would be better than 2.5. Global warming of 3 degrees would be vastly worse, but still far less bad than 4 or 5 degrees. As Vox’s Brad Plumer writes, “Climate change isn’t an issue with a single point of ‘success’ or a single point of ‘failure.’”

We can’t stop all the bad effects of climate change, but now that major developing countries are playing ball, we have a better chance at stopping some of them. That’s cause to applaud progress so far — and cause to push for as much more as we can get.